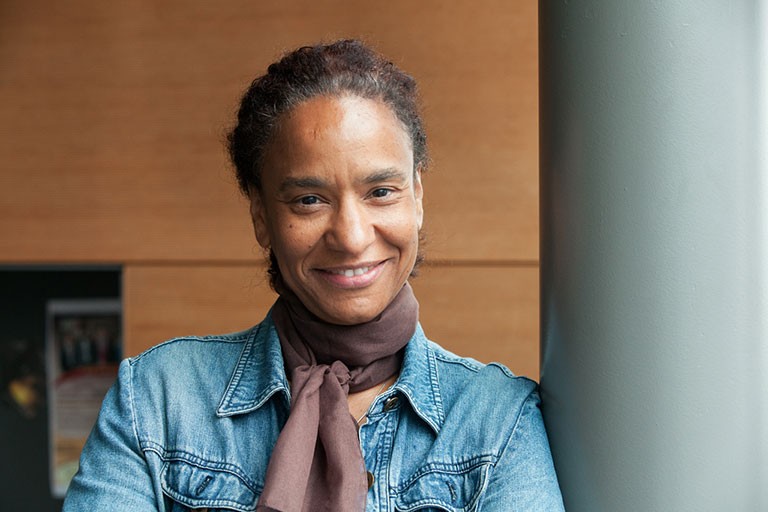 The Associate Professor of film animation in the Mel Hoppenhiem School of Cinema will fill in for Professor Ana Cappelluto, who is on administrative leave for the academic year 2019-2020.

“I am deeply honored to be appointed to this position and I am extremely grateful. I look forward to integrate into life at the Dean’s office and I hope that during the year to come I can make a modest contribution to Fine Art Facilities by supporting new initiatives and ongoing projects,” says Sawadogo.

“We are thrilled that Cilia had assumed this interim associate dean role in the Faculty to guide us through the next year of work in the university,” says Rebecca Duclos, dean of the Faculty of Fine Arts.

Sawadogo joined the Film Animation Program at the Mel Hoppenheim School of Cinema in 1999. Over the years, she has taught at all levels, focusing mainly on core classes in Animated Filmmaking, script and storyboarding. She was influential in integrating techniques such as 2D drawn and 3D digital animation, as well as under-camera direct animation techniques like sand, clay and paint, into the curriculum.

Her research has produced seven animated films of multiple aesthetics and techniques addressing subjects ranging from Children films of African storytelling, feminism and immigration. Supported by funding from SODEC, Canada Council of the Arts and Conseil des Arts du Quebec, her animation films have been shown nationally and internationally in hundreds of festivals.

Cilia Sawadogo’s many years of animation works in 3D and 2D digital animation gives her a unique position from which to view the digital turn as she explores under-camera and object animation using analogue materials to craft animation films and interdisciplinary animated installation.

Thematically, her work examines the conditions of women in changing West African cultures and now focuses on how mixed-race and diasporic identity transforms after several generations of migration in Canada. Conceptually and technically, she questions the purely digital animation process as the computer disconnects the image from the artist’s body. Working with plasticine, clay, paint and sand in the straight-ahead animation process requires the animator to physically destroy and renew the created artworks or replenish materials constantly to maintain consistent movement and physical contact within the frame-by-frame process.