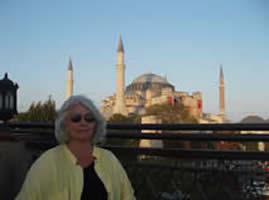 I work in the areas of comparative philology/Indo-European linguistics, with a particular interest in Indo-European syntax and the poetic traditions of Greek and other early Indo-European languages, especially in the Indic and Anatolian branches. My most recently-funded research project focuses on the poetic traditions of Lesbian Aeolic Greek, in an investigation of the affinities and possible interactions and interinfluences of the traditions of poetry/song in the Greek culture of the East Aegean and the Anatolian cultures of western Asia Minor in the Late Bronze and Early Iron Ages. That project has now expanded into a larger research program, with a Canadian-British-Greek research team, investigating the interaction of Greeks and Anatolians in the late second and early first millennia, centered on the island of Lesbos.