The investment industry expert with an activist spirit 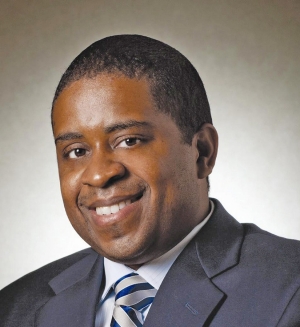 “We had a lot of professors who were actually working in the field and gave us real-life examples. That really helped formulate my dreams in terms of how the industry operates, what you need to do in order to be successful.”

While studying for his first undergraduate degree at Concordia in the late 1990s, Gary Chateram says he was very involved with student activism. He was outspoken about causes he believed in and served as president of both the International Ethnic Association Council and Caribbean Students Union.

“It was probably the best environment for students to succeed at university,” he says.

Today he is a vice-president of institutional sales at Fidelity Investments Canada, working with clients that include some of the country’s largest pension funds.

At Fidelity, he has continued to find ways of contributing to causes he believes in. For four years he volunteered for Aspire, a resource group to support Latino and Black employees at the company.

Today, Chateram says he is leading the charge at Fidelity Canada by sitting on a committee that reports to executives on the current state of diversity at the company, as well as where there is room for improvement.

“It was real education for the real world. We had a lot of professors who were actually working in the field and gave us real-life examples. That really helped formulate my dreams in terms of how the industry operates, what you need to do in order to be successful.”

“Navigating an industry that has been slow to adopt diversity in leadership relative to other industries. There's an interesting dynamic in the world where there are some people who put up roadblocks and other people who will go out of their way to make sure you're successful.

“The good thing is that the people who put up roadblocks only have a limited impact. I focus on the people who want to work with me and those who don't are not my problem. In my role, a small group of supporters have the ability to have an enormous impact.”

What peers would say about him

“I’m always smiling. It just comes naturally to me.”