The Montreal Institute for Genocide and Human Rights Studies (MIGS) began its important work at Concordia in 1986.

The centre’s mandate is to research and provide advocacy and support for genocide and mass-atrocity-crimes prevention. In 2008 James M. Stanford, BSc 58, LLD 00, generously donated a substantial gift to support MIGS and the various initiatives it spearheads, including the Will to Intervene Project. 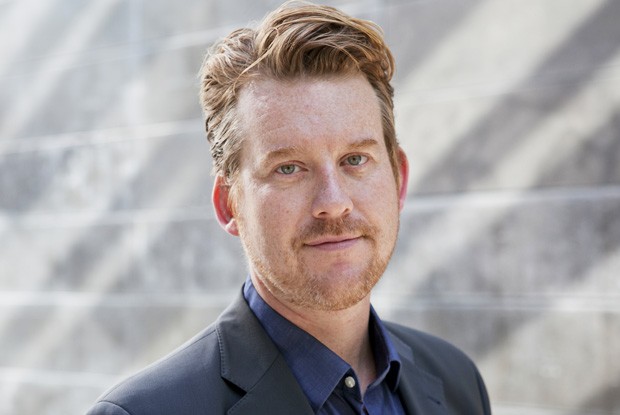 Kyle Matthews has been with Concordia’s Montreal Institute for Genocide and Human Rights Studies since 2008.

Kyle Matthews, MIGS’s executive director since November 2016, took a moment to talk about the centre and its impact on the wider community, and his role.

Kyle Matthews: “I started as an intern in Albania with Care International in 1999 and then became a humanitarian aid worker with Care Canada, working in such places as Jerusalem, Kenya and Zambia. I then worked for the better part of seven years with the United Nations High Commissioner for Refugees in Tbilisi, Georgia, Kinshasa in the Democratic Republic of Congo, and then in Geneva, Switzerland.

So my background was more in the humanitarian and ref-ugee aspects of the United Nations. Some of the work was operational, like visiting refugee camps, but I also did a lot of policy and diplomacy work and advised governments on cer-tain issues, as well as coordinated with other UN agencies and the European Union. I then joined MIGS in 2008.”

What is your role as MIGS executive director?

KM: “My role is to help grow the institute. We will do that by mak-ing MIGS a platform to help Concordia be known domestically and internationally as one of the leading universities concerned with human rights. Our aim is to bring more Concordia faculty mem-bers, students and alumni to our institute. We’re now developing more partnerships with university departments, including educa-tion, religious studies and political science.

We are also working to connect Concordia with people out-side of academia who are working on issues that need expert advice and knowledge as they deal with global problems. I’m tasked with trying to make our institute much more open to the Concordia community and to bring people together to generate research, organize public events and promote the great work being done at Concordia related to human rights.”

Can you talk about some MIGS initiatives you’ve been a part of?

KM: “Our biggest initiative was the Will to Intervene Project, which was developed jointly by General Roméo Dallaire and MIGS to build political will in Canada and the United States to help prevent future atrocities. The project was so successful that it generated a financial contribution that allowed Concordia to hire another professor, indicating that our work is getting some major recognition.

Another ongoing initiative is the Raoul Wallenberg Legacy of Leadership Project, supported by the Swedish government. We work very closely with former MP and human rights lawyer Irwin Cotler, among others. We discuss the legacy of Wallenberg [a Swedish diplomat who saved tens of thousands of Jews in Nazi-occupied Hungary during the Holocaust] and how his story and actions are still relevant today to communities all over North America.

We also established the Digital Mass Atrocity Prevention Lab, which brings people together from Concordia and elsewhere, like the Montreal Centre for the Prevention of Radicalization Leading to Violence, to develop innovative solutions to counter online extremism.

Since MIGS’s founding in 1986, how have human rights issues changed?

KM: “Generally there have been many improvements in certain countries and regions, yet we’ve also witnessed the nature of conflict change. There used to be more conflict between coun-tries, but we now see more internal conflicts. That has led to the realization that states are unable to protect their populations from genocide and crimes against humanity.

Thirty years ago we didn’t have concepts of failed states or internally displaced people and now we do. We’re also seeing a rise in non-state actors and terrorist groups that threaten weak and fragile states, while committing atrocities and destroying cultural heritage sites.

Another big issue is the rise of populism, where there is a growing pushback and anger towards terrorism and immigration. There is also a rise in authoritarianism in places like Russia and China, which don’t necessarily buy into human rights norms like torture prevention, free speech or gay rights.

The world has made a lot of progress and I wouldn’t be in this position if I was not a positive person. I do think that everyone can make a difference, including our team here at MIGS and the wider Concordia community, yet there are many challenges. One of the best ways is to use education to build a new generation of leaders, and that’s what MIGS does.”

Tell us the legacy of MIGS co-founder and long-time leader Frank Chalk.

KM: “I’ve been working with Frank since 2008 and he’s been an inspiration. He’s helped guide a lot of the work MIGS does. He’s helped us think about the Holocaust, history, hate speech and how we can apply those lessons as an institute today in the real world. Thanks to Frank and his direction and leadership, MIGS is well positioned and possesses the architecture to move to the next level.”

Can you discuss how MIGS fits within the wider Concordia community?

KM: “MIGS is not just a research centre — it has become an ideas and leadership incubator at Concordia. We’re engaging with people from organizations, governments, museums and institutions. We’re serving as a platform to connect these people to other networks, to the media and to policy-makers.  I credit Concordia for being very forward-thinking and realizing that there’s something we’re doing here now that touches upon the world we live in today. There is a unique need for universities to help understand what’s happening to our society, our country and our world.”