Each year, Concordia’s Department of English hands out prizes for excellence in the studies of English literature and creative writing.

The Irving Layton Awards for Creative Writing are worth $500 and are given to undergraduate students for works of poetry and fiction. 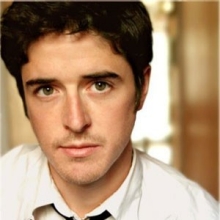 André Simoneau, this year’s fiction winner, has completed his second year in Concordia’s honours English and creative writing program. Trained in professional theatre at Montreal’s Dawson College, he has experience directing, screenwriting and acting as a TV host, enabling him to tell compelling and challenging stories through prose, theatre or film.

This excerpt from his Layton-award-winning short story Bridges We Build deals with lost friendships and the lengths we go to deal with regret.

Excerpt from Bridges We Build

And we all jumped together at the same time. All three of us — Joey, Rafi and me — standing on the edge of the bridge, trembling, half-naked, hands gripped to the metal bars until our knuckles went white. Below us the river flowed swiftly, and from the banks we heard the drone of the cicadas in the tall grass, that dull throbbing buzz that drowns out all other sounds. We had walked fast, barefoot on the hot pavement, past the hospital, down the hill to the bridge that crossed from one side of the river to the other. I don’t know whose idea it was, maybe mine, maybe nobody’s. We took off our shirts and climbed over the railing.

The summer had been long and hot, and we three had spent most of our days roaming aimlessly along the almost-melting streets, laughing like hyenas as we glided on our bicycles through the thick humid air, and basking in the sun’s damp glow until nightfall. We were teenagers, reckless and dumb; we chased and stole and hid out, and held Roman candles in our hands, only to shoot them streaming at each other, instead of at the stars like we were supposed to.

It could have been any one of those endless summer days that I pedalled my bike out to Rafi’s house on the other side of the river, and together we rode back across the bridge into town. We had both turned 15 that year, but already Rafi was bigger than I was. Not only bigger; he was slower, deeper somehow, a man in all the ways I wasn’t, and I envied him. Whenever I knocked on the door of his house, I could see the slouching shadow of his dark body through the stained glass window, the broad shoulders and thick hair; I heard his heavy steps as he lumbered down the hall, his deep voice calling to his mother in Pashto while I waited for her to open the door. 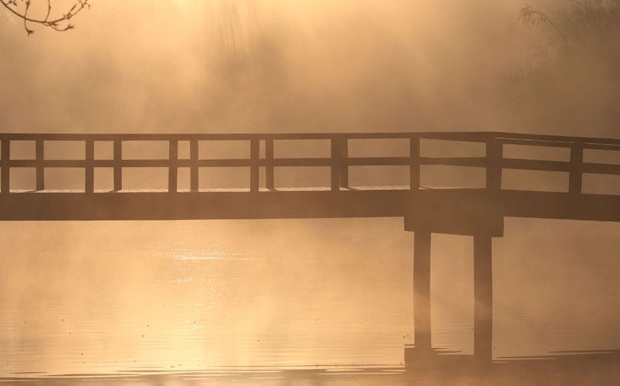 Rafi’s family had migrated to Quebec from Pakistan three years earlier, when Rafi was 12. At first they had lived in Montreal, where a small, tight-knit Pakistani community had set roots in the previous decades. But soon Rafi’s father — a doctor — was offered a position at a small hospital in the Eastern Townships, and the family took up residence in one of the few old houses that sat on the opposite shore of the slow wide river that elbowed through our town. When the teacher introduced young Rafi Abbasi to our grade-six class, Joey and I were already the outsiders, partly because we were geeks who played with Magic cards, but mostly because we were the only two anglos in an all-French school. Rafi himself spoke only broken French, so Joey and I jumped at the opportunity of serving as interpreters for him, instructing him on where to hang out, who to talk to, and how to mostly avoid humiliation.

Meanwhile, between card games and arm-wrestling matches, Rafi taught us about the world beyond our borders. We would listen to him in silent fascination as he described for us the mountain plains of his early years, or the narrow winding streets of Peshawar, where his family had moved when he was 10. And he told us of Jalaa, the most beautiful girl in all the world. She had lived across the street from his family in Peshawar, and upon seeing her for the first time, Rafi had vowed in secret to marry her. He recited to us word for word the love poems he had sent her, and showed us her bashful handwritten replies, with their obscure scripts and mysterious fragrances. They continued their correspondence to this day, he said, and every few months he would receive a letter from her — now neatly printed out in English — detailing her daily life and the progress of her education. It was in this way that they planned their eventual reunion; Jalaa hoped to migrate to Canada, but if that proved impossible, Rafi promised to return to Peshawar to build a life with her there. Under other circumstances, Joey and I might have mocked the story as a girlish fantasy, but something about Rafi’s calm devotion held us in awe of him. It was as if he were a portal not only into other geographies, but into a whole other spiritual realm; a hero in his own epic love story, one that took place in another time, and at a distance we couldn’t fathom. Over the next three years, we would often ask Rafi for news from Jalaa, and he always gladly obliged our curiosity.

The day we jumped from the bridge, Joey was waiting for Rafi and me in town. Joey had taken a summer job at the local sporting goods store, but that day he’d been let off early, and when Rafi and I rolled up on our bikes, he was slouching against a wall outside the store, smoking a cigarette and trying, as always, to look tough. He said he’d been waiting half an hour, asked where the hell we’d been, and punctuated his speech by spitting on the ground at our feet. We all laughed.

I don’t know whose idea it was, maybe mine, maybe nobody’s, but at some point we decided to bike back down to the bridge, and jump off it into the river. Joey doubled up on Rafi’s bike, and I followed close behind. When we got there we leaned our bikes against a tree, slipped off our shoes, and walked barefoot on the hot pavement to the middle of the bridge, where the water would be deepest. We took off our shirts and climbed over the railing. Standing on the bridge, trembling, half-naked, hands gripped to the metal bars until our knuckles went white. And we all jumped together, at the same time.