‘His heart has been with Concordia his entire life’: Grad Peter Senez celebrates his father with $30,000 scholarship endowment 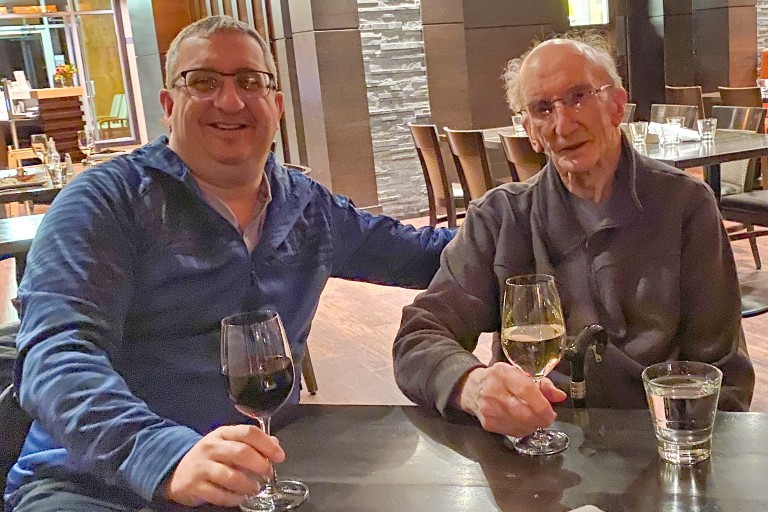 What do you give your parent when they turn 95?

For one mechanical engineering graduate with deep family roots at Concordia, the answer was clear.

“I just knew that the best way to pay tribute to my father was to create a permanent source of support for students,” says Peter Senez, BEng 93, a fire protection industry expert and the son of John Senez, a Department of Mathematics professor from 1961 to 1991.

“His heart has been with Concordia his entire life.”

Senez’s $30,000 gift in 2020 to the Campaign for Concordia to fund the Professor John A. Senez Scholarship Endowment in Mathematics honoured a lifelong teacher and the man who helped lay the groundwork for the university’s Actuarial Mathematics program.

As an undergraduate student, Peter Senez had the opportunity to enjoy his father’s lectures on Loyola Campus before he took retirement.

“We would sometimes meet up for dinner and then I would sit in on his class before we would drive home together. He was impressive — he worked out all of his lectures beforehand and never used notes in class.”

All in the family 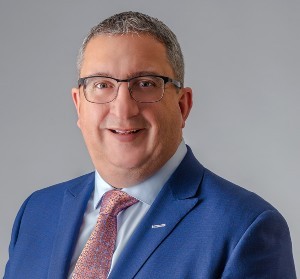 Peter Senez has served as a fire safety consultant on a range of projects across Canada, such as Montreal’s new Réseau express métropolitain (REM).

To say that Concordia runs in the Senez family is an understatement.

For the youngest in the family, however, a future in math was not in the cards. A stint as a volunteer firefighter in Otterburn Park — the small community 40 kilometres outside of Montreal where Peter Senez grew up — made sure of that.

“I signed up when I was 18 and was hooked,” he says. “Then I began to connect the dots between fire science and the type of career I could have as a mechanical engineer.”

Senez completed his training to become a career firefighter concurrent with his studies at Concordia and then moved out west to attend the University of British Columbia, where he was one of the first students to enrol in a new master’s program in fire protection engineering.

Senez has led a successful career in the industry and lived in the Vancouver area — now with his wife and two children, and with his father not too far away in Kelowna, B.C. — ever since.

The founder of his own namesake firm, he has served as a fire safety consultant on a range of projects across Canada, from major transit systems like Montreal’s new Réseau express métropolitain (REM) to hospitals, sports arenas and convention centres.

Senez also mentors students and newcomers to the industry, and, as chair of the Society of Fire Protection Engineers (SFPE) Educational and Scientific Foundation, encourages “research that supports the future of the profession by funding many students each year and facilitates engineering and scientific research, most notably with sustainability and climate change in mind.”

The Concordia alumnus is not done with his education, either. A sessional lecturer at the University of Waterloo, Senez hopes to soon complete his doctoral thesis on fuel volatility in ventilation-limited fires.

“This industry is very multidimensional, which I enjoy,” he says. “It’s so much broader than just mechanical engineering. It also touches on architecture and civil, structural, and electrical engineering. We also get involved in some pretty complex forensic fire and explosion investigations. Then there’s the business side to manage as well.”

Three decades after his father, now 97, handed him his diploma on stage at Montreal’s Place des Arts, Senez takes pride in how far his Concordia education has taken him — and the good fortune he had to commemorate one of the university’s most admired former faculty members.

“My father is someone who loved to teach — so much so that he taught high-school math after his retirement. I know that he appreciates how the Professor John A. Senez Scholarship Endowment in Mathematics will support future students at Concordia.”