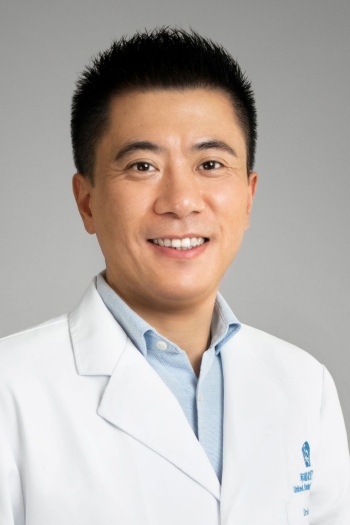 On a board inside the Guangzhou United Family Hospital in southern China is an array of thank-you notes. One says, “I’m feeling like a new person after your treatment.” Another: “Amazing! Amazing! Amazing!”

Addressed to physiotherapist and Concordia graduate Jun Zou, BSc 17, the notes represent the culmination of a unique journey.

Zou studied clinical medicine at Nanjing University in China, graduating in 2001 with a master’s degree specializing in orthopedic surgery. He worked various medical jobs for 10 years before moving to Canada in 2011. As an immigrant in Montreal, Zou faced an obstacle familiar to many: he wasn’t accredited as a physician.

He took jobs in restaurants and warehouses while figuring out his next move. “I realized no matter what you do, if you have a warm heart to help people, you can do it in different ways.”

Zou eventually decided to pursue athletic therapy at Concordia in 2012. By then, he was in his late 30s and the oldest student in the classroom. Because of his career and experience in China, students would often ask him questions about anatomy and medical terminology. Zou gained something in return, too. “At that time, my English wasn’t great, but I was happy to answer their questions. By doing so, I improved my English. They were helping me as well.”

He also credits his time at Concordia for cultivating his approach to physical therapy. “It’s holistic. We treat people as a whole human being, not just as a part,” he says. If a patient comes in with knee pain, for example, Zou considers why the body has changed to produce that pain and how the problem may not be the knee itself, but caused by the pelvis or misalignment of the spine. 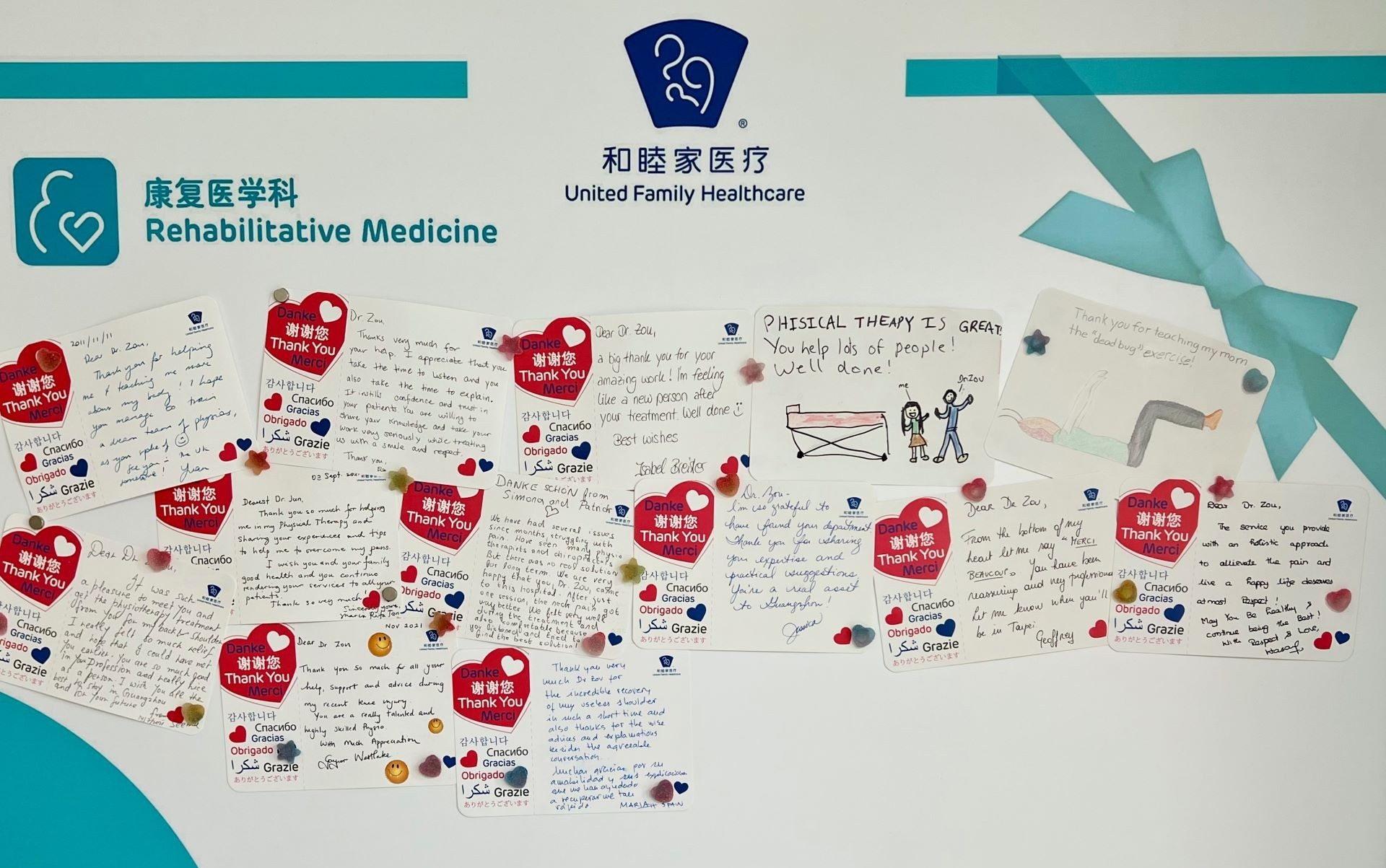 A wall of thank-you notes from Zou’s patients

After graduating from Concordia in 2017, Zou used these approaches with athletes, working with hockey, soccer, American football and rugby players, as well as Chinese athletes sent to Montreal to train for the 2022 Beijing Winter Olympic Games.

In 2018, he was hired by Cirque du Soleil as the head therapist for a show set to run in China, which led him to move back to his home country. One year later, Zou applied for and was offered his current job at Guangzhou United Family Hospital, a state-of-the art facility that opened in 2018.

There, Zou is transforming care for the patients he serves. “Most people in China are not aware of the profession of physical therapy,” he says. As one of the few practitioners, Zou’s patient schedule reached more than 80 per cent capacity within three months. He says he’s been able to heal many patients — who had been seeking treatment from other doctors for years — within five or six sessions.

“With 90 per cent of my current patients, I spend a lot of time talking about modifications to their daily posture and habits to prevent future injuries. Most of them have no acute injury. They are chronic conditions caused by improper posture or bad ADL [activities of daily living] habits. So it becomes more important for me to educate them. What is a better way to sit when seated for a long time? What is a better way to use the computer? What is a better position to sleep in?”

It’s that combination of treatment and prevention that has earned Zou all those thank-you notes. And it’s that gratitude that motivates him to help more people in the future, primarily by training others in physiotherapy.

“I work eight hours a day, so I can help a maximum of eight people each day. The total number is not huge, but if I stay here for a couple more years, and if I can successfully build up a team, that number will be amplified a lot,” he says. As, presumably, will the number of thank-you cards on that wall.