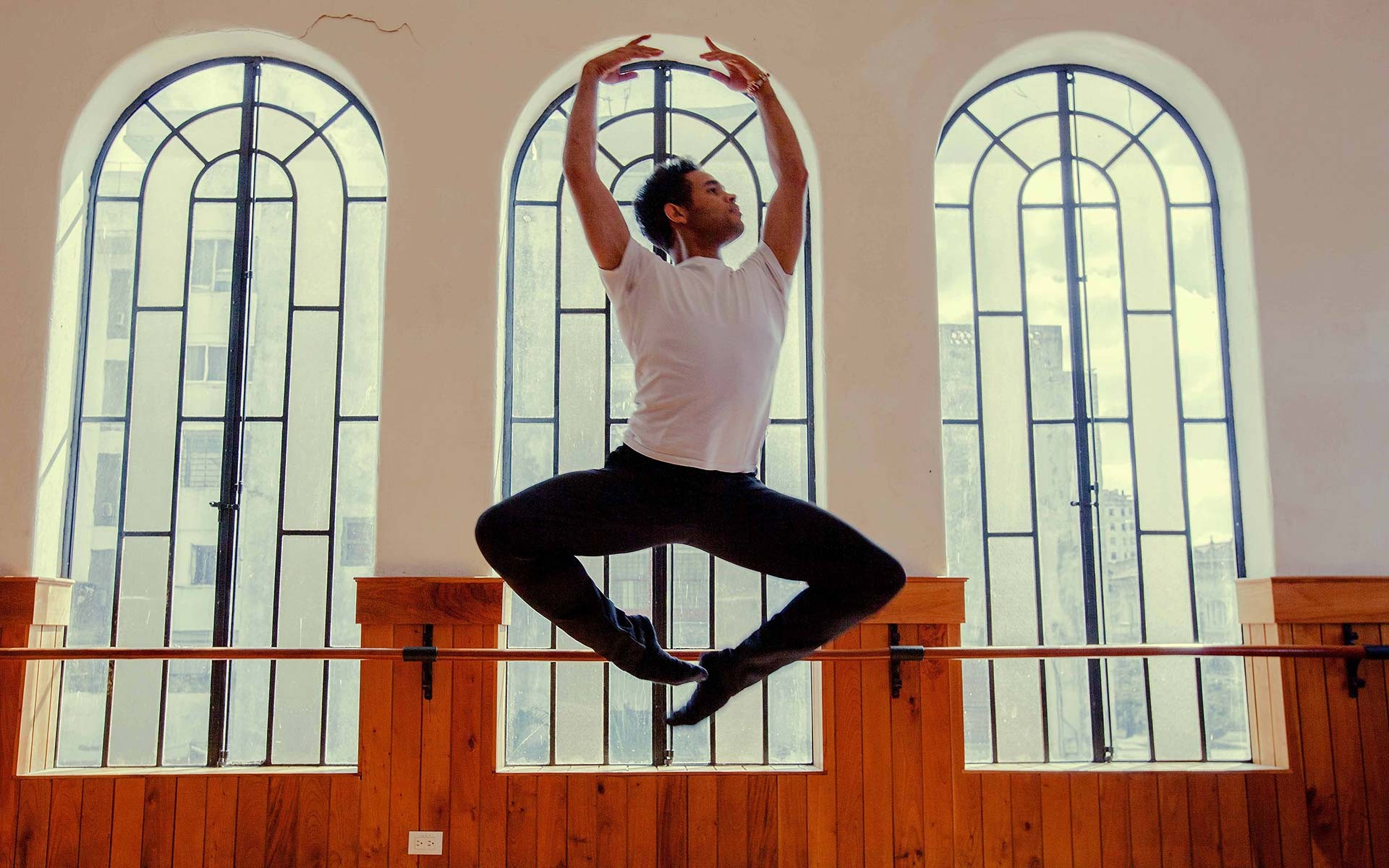 Directed by Kaveh Nabatian, BFA 01, Sin La Habana follows the story of ballet dancer Leo and his partner Sara, a lawyer, and the lengths they'll go to in order to achieve success beyond their impoverished life in Cuba.

Filmmaker Kaveh Nabatian, BFA 01, is on a roll: after a decade of directing short fiction films, music videos, television series and feature-length documentaries, his critically acclaimed feature film Sin La Habana is now a hit on the international film festival circuit. The film was awarded the Grand Prix du Jury at Festival Les Percéides in October, then won the award for Best Canadian Film at the Vancouver International Film Festival.

“After watching films online during the coronavirus pandemic, to screen our film live in-person in Vancouver was thrilling,” Nabatian says. “They were really into the movie; there’s big cinephile culture out there that I didn’t expect.”

Though Nabatian is an award-winning filmmaker — his films include the Genie- and Prix Jutra-nominated Vapor — he may be better known as the trumpet and gongoma player of the Juno Award-winning Bell Orchestre. The six-musician ensemble’s ranks include fellow Concordians Richard Reed Parry, BFA 03, and Sarah Neufeld, BFA 03, as well as Pietro Amato, Michael Feuerstack and Stefan Schneider.

The ensemble will play their House Music album with the Orchestre symphonique de Montréal (OSM) at the Maison Symphonique on November 25. 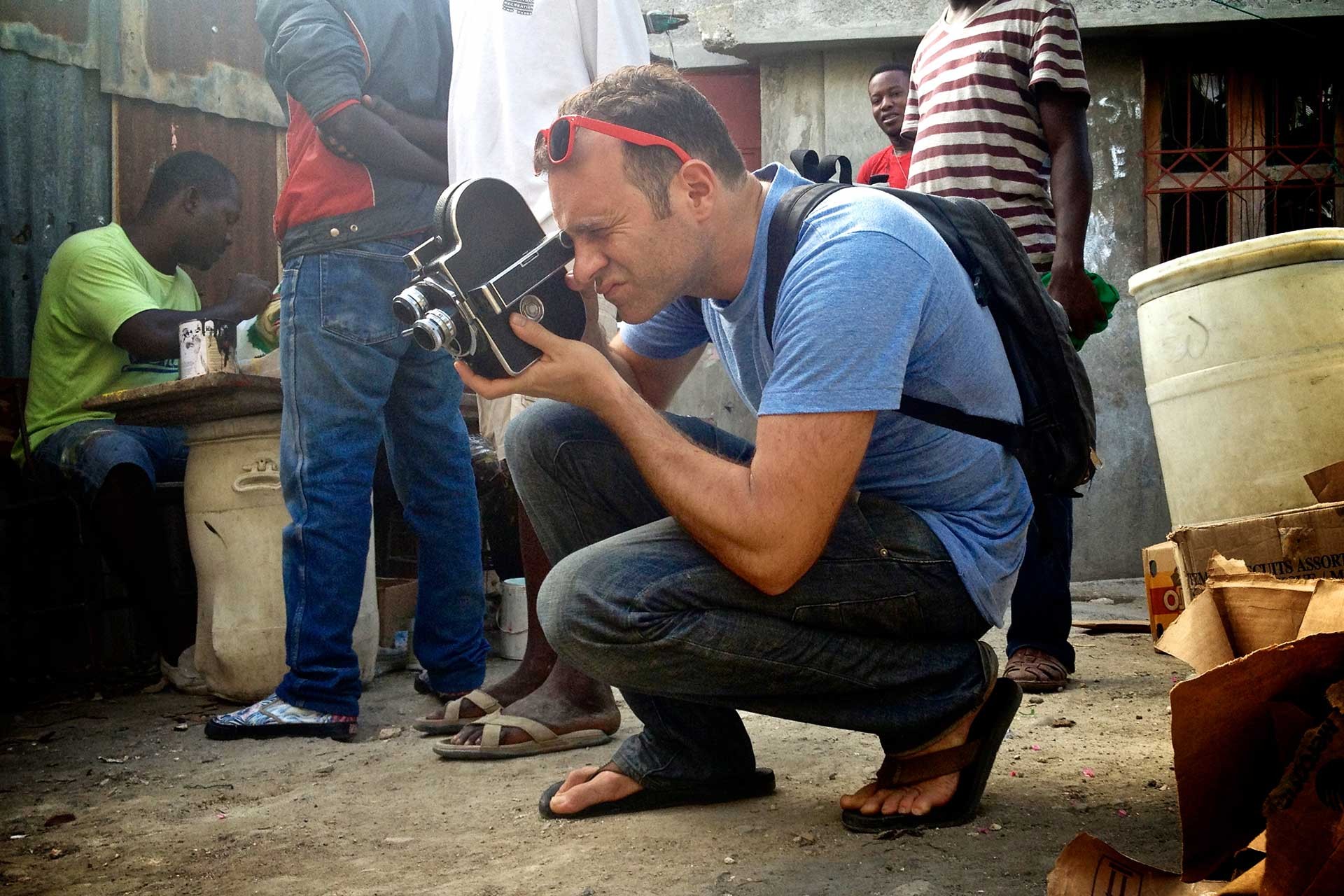 Nabatian uses a Bolex (that he bought during his time at Concordia) in Haiti during the filming of his Nan Lakou Kanaval short film. | Photo: Wood-Jerry Gabriel

“The OSM is one of the best orchestras in the world, so this is slightly terrifying, to be honest,” says Nabatian who divides his time between New York and Montreal. “Talk about imposter syndrome! I can barely play my trumpet compared to them, and I get to be onstage with these incredible musicians. It’s going to be amazing.

“I feel so lucky — though nothing fell into my lap. We all worked super, super hard to get these opportunities.”

About his 2017 feature documentary A Crack in Everything about Leonard Cohen, commissioned by the CBC and the Musée d’art contemporain de Montréal, Nabatian states on his website, “The film is completed, but there are evil vultures in the music industry who want to make money off of a dead poet, so it’s not available for wide release. If you want a private screener, please send a message.”

So, how does Nabatian feel about show business?

“I think that a lot of people in the music industry — especially in the U.S. — wield a lot of power but don’t actually do anything amazing or constructive. Dealing with these gatekeepers is really gross, and there is also an equivalent in the film industry.”

Despite hurdles in his industries, Nabatian maintains that his time and studies at Concordia helped prepare him for a career in the arts.

“It’s hard to get into Concordia’s film program,” Nabatian says. “But once you’re in there, more than teaching you skills to make films in the real world, they teach you how to think about film, and how to dream in filmic language. That is actually a much more powerful thing.”