Doreen Haddad honours her daughter’s life by supporting the school and sport she loved
|
By Doreen Haddad
Source: University Advancement

Kelly-Anne Drummond, BA 02 (pictured back row, third from left), spent some of her happiest years at Concordia as a member of the Stingers women’s rugby team.

When I was a young mother, my biggest hope was that my daughters would have the opportunity to graduate from university and pursue their dreams. I knew then that a university education would open many doors for them. The knowledge that they would acquire, and the new friendships and experiences that university brings were so important to me — and they still are. I did not have these same opportunities. I wanted more for my children.

Our family was so proud of our eldest, Kelly-Anne, when she graduated from Concordia with a Bachelor of Arts in 2002. During her time at the university, Kelly-Anne played for the Stingers women’s rugby team. Her priorities were her family, her studies and her sports.

In October 2004, Kelly-Anne lost her life suddenly in a domestic violence altercation — a heinous crime that left her family, friends and an entire community in insurmountable shock and grief. This is not part of the circle of life. A child leaving this earth before their parents should never happen. We will always remember why Kelly-Anne died, and as we continue to build awareness about domestic abuse, we must equally remember how she lived. 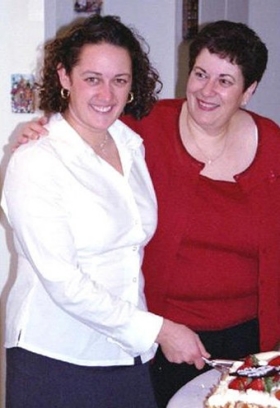 Doreen Haddad with her daughter, Kelly-Anne Drummond, at a celebration of Kelly-Anne’s graduation from Concordia in 2002.

Kelly-Anne loved life. Her love for children and animals was beautiful. Up until her passing, she worked at a private day care and school. She taught English as a second language and entertained the younger ones with her rendition of Bryan Adams’s “Summer of ’69” while playing air guitar.

In 2005, we were again delighted and proud to see our second daughter, Kim, graduate from Carleton University after suffering through the loss of her sister. Kim was so determined to persevere and she did. She earned a Bachelor of Arts with her best grades.

After many years of soul searching, I thought about what Kelly-Anne would do. If she were alive and wanted to remember someone close to her who made a difference in the community and who was loved and respected — what would she do? My thoughts brought me to Concordia, a place where she spent some of the happiest years of her life.

The Stingers created the Kelly-Anne Drummond Cup in 2005, a yearly rugby game commemorating their teammate — a competition on the field that was more than just a rugby game. It was love and many tears of endearment.

For me, a scholarship honouring my daughter was the natural thing to do. In 2019, after discussions with the university, the Kelly-Anne Drummond Scholarship was established.

A yearly gift of $1,000 would support a deserving woman studying full-time while playing for the Stingers rugby team. I believe that this is what Kelly-Anne would want me to do to honour her legacy in an environment she loved and respected. Kelly-Anne cared and supported her teammates. She was a guiding light with an infectious smile. 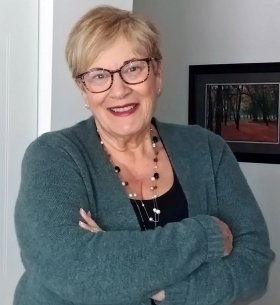 My message is personal. I believe that every woman can have the opportunity to obtain the education they want without barriers. This scholarship is open to all full-time female students in their second year of study or higher at Concordia, who play rugby. Candidates for this scholarship are students who demonstrate academic achievement and are role models. Students like Kelly-Anne.

My daughter’s legacy will continue for many years. By supporting this scholarship, we are allowing students to focus on their studies and their game. They will lead by example as Kelly-Anne did.

Creating a scholarship that honours someone you love, someone who left their mark on their community, is something we can all do. We are helping others succeed. It is a small part, a small gesture, yet leaves a long legacy of what we can offer the next generation.

Support the Kelly-Anne Drummond Scholarship by visiting our FundOne page.