He used a walker, he used a cane, he used a stick. This year, Les Lawton plans to walk 100 KM without assistance 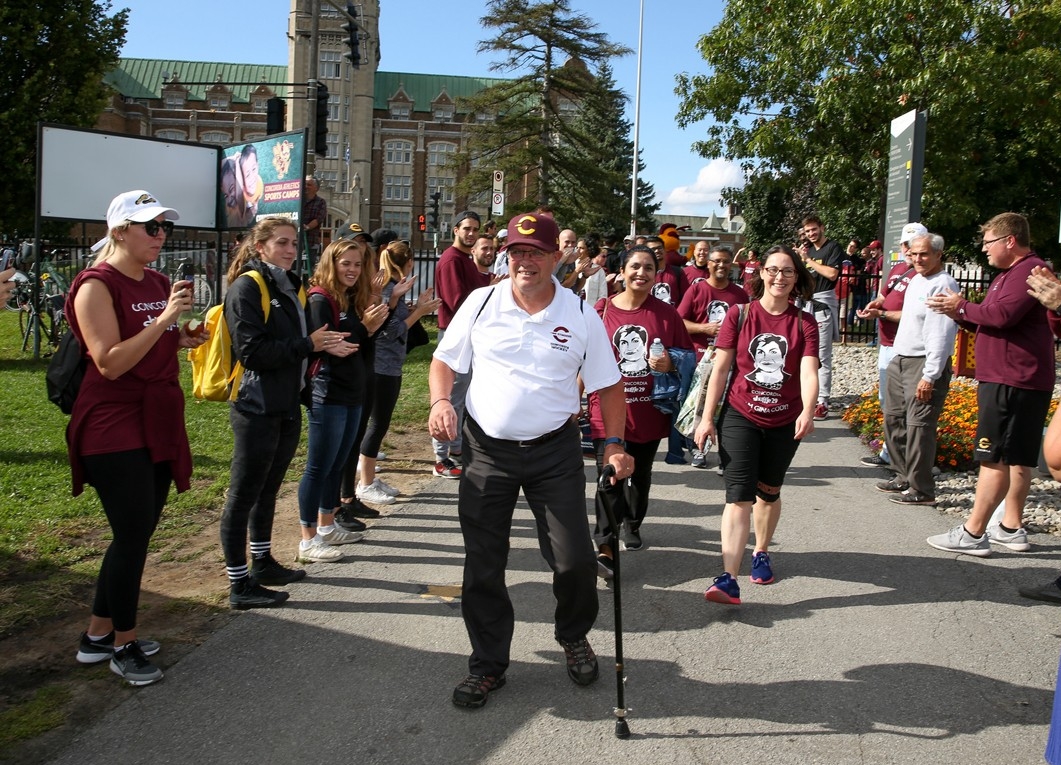 Over the past few years, Les Lawton has raised nearly $25,000 in support of the women’s Stingers hockey team

One of the most accomplished coaches in varsity women’s hockey, Les Lawton, led the women’s Stingers hockey team to 15 provincial and two national championships in his 34 seasons as head coach.

Yet it’s what he’s done off the ice that’s garnering attention.

After suffering a stroke in 2015 that ended his coaching career and left him with speech as well as mobility issues, Lawton redirected his energy to fundraising for the Concordia Shuffle — the university’s annual walkathon in support of students.

“My first year, I participated with the aid of a walker. My second year, I used a cane and my third year I used a broken hockey stick for support,” says Lawton. “This year, I’m going to walk 100 kilometres in a week — without any assistance.”

“Bursaries and scholarships are important for recruitment,” says Lawton. “They help attract players that wouldn’t otherwise be able to afford tuition — players that can help the team win.”

The Shuffle walkathon has raised over $1.7 million for student scholarships and bursaries since 1990.

For those who have registered, you may have noticed a new feature in our Participant Centre — Strava!

Strava is an app to track your fitness activity on mobile devices. Are you interested in challenging yourself to walk, run or bike a specific distance for Shuffle 31? Use the Strava feature to track your activity.

Shuffling with Strava is an opportunity to support Concordia students and stay active!

How to launch your fitness challenge:

Once you have established your fitness goal, use it to motivate your supporters — encourage donors to sponsor you based on the distance you set to walk, run or cycle!

Join the Concordia Shuffle 31 Club on Strava and encourage each other to reach your fitness goal. We’ll feature club widgets on the Shuffle homepage highlighting the club’s cumulative weekly distances.

P.S. We want to see your Shuffle pride! Share your Strava Shuffle experience on social media by posting your pictures and tagging #CUshuffle. Check out our Virtual Shuffle Kit for T-shirt templates and show us your creativity!