In a time of crisis, Matthew Gagnon paints to feed the needy 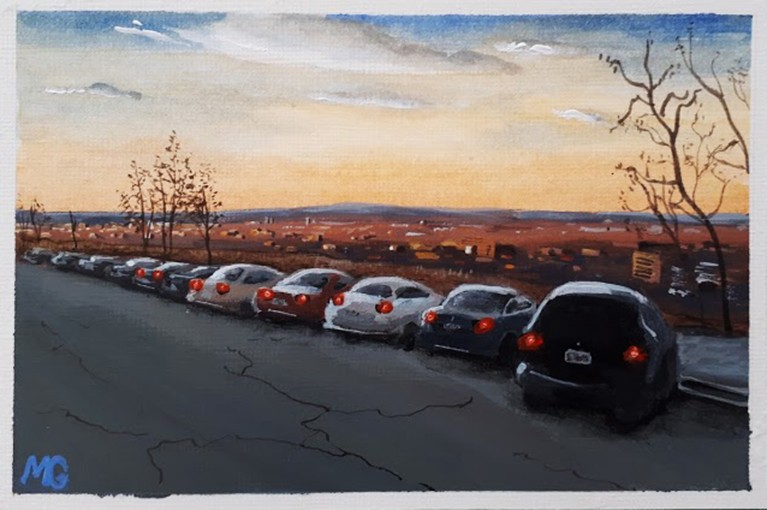 Cars at sunset — Matthew Gagnon, BA 06, has raised more than $1,000 for Moisson Montréal from the sale of his confinement-inspired miniatures

At the start of the COVID-19 shutdown, artist and actor Matthew Gagnon, BA 06, meandered Montreal’s empty streets, wondering what to do with his time, when he saw a man asking for change at Verdun métro station.

“This poor guy relies on the generosity of people who normally pass by,” says Gagnon, “and there was nobody.”

Gagnon had found his mission. He would help feed the hungry with his art.

The subsequent painting Gagnon made on March 16 — a homeless man sitting next to a hat in a deserted métro — became the first in a series of miniatures documenting a city under confinement.

Gagnon works from his own photographs, quickly turning the images into four-by-six-inch paintings on high-end acrylic paper. He sells one every afternoon for $50 through Instagram and Facebook. A portion of the proceeds go to Moisson Montréal.

Every two weeks, Gagnon holds a Sunday auction from 7 to 10 p.m. for a larger, eight-by-ten canvas and gives 50 per cent of the proceeds to the food bank. One sale recently exceeded $400. 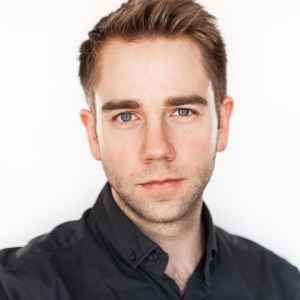 The challenge is to find something new to paint every day. That’s motivating, affirms Gagnon, who has managed to sell every painting produced as part of his series.

“I had no idea they would sell so fast,” he says. His initiative, which will continue until confinement measures are relaxed, has raised more than $1,000 so far.

Although he always considered himself “a visual thinker,” Gagnon came to painting relatively late in life. For years, he drew editorial cartoons for the Montreal Gazette’s West Island section. (Improbably, the talented Gagnon also builds model sailboats out of broken umbrellas.)

For nearly two decades, however, Gagnon has made a living as an actor. His film and TV credits include roles in Future Man, Mambo Italiano and Real Detective. Gagnon has also appeared on stage at the Segal Centre and Centaur Theatre.

Various galleries, including Wallcandy in Old Montreal, now sell his art. Gagnon’s BA in creative writing has been crucial to his process.

“Coming from a writing and acting background made the art work conceptual,” explains Gagnon, who returned to Concordia in 2007 to study fine arts. “I felt at home and very encouraged by the support of my teachers. I produced things in class that I’m still proud of 10 years later.”

‘Talent and the capacity to make change’

The distancing measures imposed by COVID-19 dealt Gagnon a double whammy. First, film, television and theatre stages shut down. Then an art show in Lac-Brome featuring his paintings was cancelled and indefinitely postponed.

“My wife is still teaching online and I can still paint everyday,” says Gagnon. “That makes me feel grounded.”

Gagnon’s initiative took Moisson Montréal by surprise. On day 44 of the confinement series, his fundraising efforts were welcomed “like a ray of sunshine,” says Richard D. Daneau, executive director of the long-standing charitable organization, which largely depends on donations from the food industry.

“Matthew’s a great person. We’re always touched by people with talent and the capacity to make change in the community.”