“It’s important to make sure that you’re doing something to help make the world a better place”
|
By Molly Hamilton
Source: University Advancement 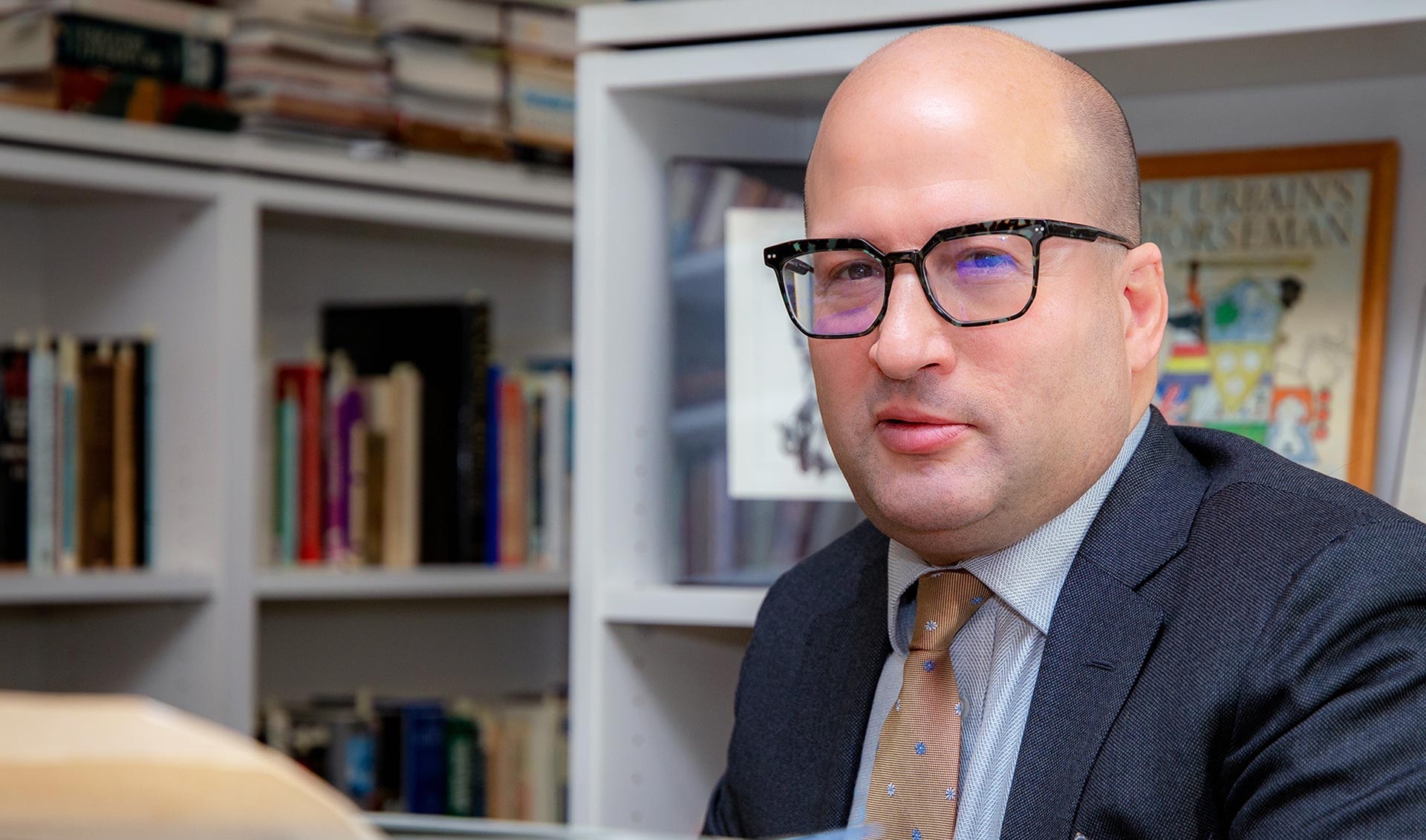 Gerry Wagschal says the education Concordia provided him was less about specific career skills than about acquiring the tools to achieve a more meaningful kind of success.

“The Shakespearian tragedies we studied sometimes aren’t that different from the news stories that we tell today.”

Producers like himself have to add value to every story for broadcast to elevate it into something that holds the public’s interest, says Wagschal. Most recently, his team at ABC News has followed the opiod fentanyl’s deadly trail to manufacturers in China, chronicled the plight of children in migrant shelters in the U.S., and reported on the dangers of vaping.

After he obtained his bachelor’s in English and Creative Writing from Concordia, Wagschal was encouraged by a friend to give journalism a try. Although he lacked formal training, his persistence and eye for a good story landed him a reporter’s job at the Montreal Daily News.

“I was intrigued with the investigative aspect of journalism,” says Wagschal, who also teaches Communication and Media Studies at Fordham University, where he graduated from law school in 2009. “I was always interested in getting inside things, to see what made people tick.”

Wagschal went on to work at The Suburban in Montreal before moving to New York in 1992 when he was hired as a producer with the newsmagazine program A Current Affair.

From Waco, Texas to Xianjiang, China

Wagschal has since worked as an investigative producer for the likes of CBC’s Newswatch and The Fifth Estate, as well as CTV’s W5. Throughout his career, he has proven adept at scoring interviews with difficult and often notorious subjects, such as the late cult leader David Koresh and convicted murderer Joran van der Sloot, the prime suspect in the 2005 disappearance of Natalee Holloway.

Wagschal’s work has garnered numerous laurels in both Canada and the United States. He has a Canadian Association of Journalists award to his credit and was honoured in 2000 with the Dan McArthur Award for In-Depth or Investigative Reporting, handed out by Canada’s Radio Television Digital News Association. He was also part of the ABC News team that won an Emmy in 2017 for its coverage of the mass shooting at the Pulse nightclub in Orlando, Florida.

Recently, Wagschal and his team produced a story for ABC’s Nightline on the so-called “re-education” centres in Xianjiang, China. “I just happened to be on the internet reading about how there were just over a million Uyghur Muslims incarcerated in China,” he recalls. “That was just overwhelmingly mind-boggling to me and I knew we had to do something.”

After much persistence, Wagschal and his colleague, Bob Woodruff, were granted a press tour of the centres last summer. “We only saw what the Chinese officials wanted to show us,” he says.

The experience proved challenging for the team as they tried to piece together the truth. “The Chinese were arguing that these are re-education centres, that they’re happy places and that people voluntarily go — although it was confusing as to when exactly they could leave.

“Yet, when we interviewed people coming back to Kazakhstan from China, they were saying completely different things. They were saying they were forced to sit in these horrible postures, they were held against their will and some of them said they were tortured.”

In retrospect, Wagschal is keenly aware of just how fundamental his time was at Concordia.

“What was interesting about the creative writing program is the opportunity we had to present our work to the class and listen to classmates’ critiques,” he says. “It was really hard but I learned to be open to good criticism. That tool has been really helpful because now, we do a similar thing with my teammates when we put our stories together.”

Wagschal adds that the education Concordia provided him was less about specific career skills than about acquiring the tools to achieve a more meaningful kind of success.

“Education is not a training school to get you a certain kind of job and make you a certain amount of money,” says Wagschal. “It’s to help guide you through your life.”