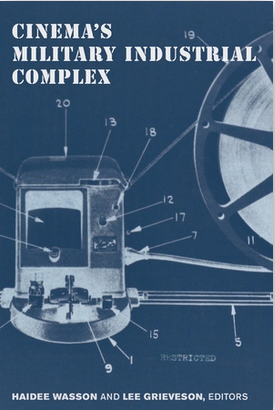 Haidee Wasson, with co-editor Lee Grieveson (University of London), have published a new book on the history of the American military and its deep relationship to cinema. The book is called “Cinema’s Military Industrial Complex” and it documents the many ways in which cinema has been imbricated within the singularly powerful and vast American military throughout the 20th Century. The collection has been called “vital” “ ambitious” “stunning” and “timely.”