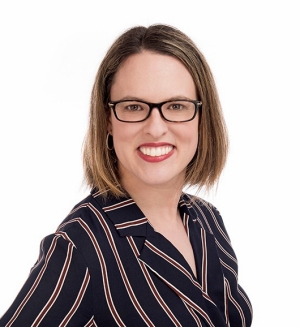 “I think the reason I have made it so far in my career is that I love coaching, mentoring and managing people.”

Not everyone can launch a career while still doing an undergraduate degree. Through Concordia’s Co-op program, however, Lisa Hebert-Losier began her journey working as an actuary at insurance companies in the U.S., which included managing a team responsible for a dozen products representing $440 million in annual sales.

After 14 years working in Connecticut and New Jersey, she’s now making an impact back home in Montreal where she’s a director for the reinsurance company Munich Re, a leading global reinsurer. Its Canadian life and health reinsurance team serves clients across Canada and in the Caribbean.

“Anytime you change jobs it’s very challenging. I had a great career in the United States and I want to do that again in Montreal, which is a different market. It’s a slightly different way of thinking. I learned that to work in Montreal, being fully bilingual is actually a requirement. Thankfully, I haven't lost too much of my French by being in the United States all that time, but it was nerve-racking.”

What people say about you

“That I am pretty outgoing and very goal-oriented – and very action-oriented. As an actuary, we tend to be more ‘numbers people’ who let the numbers talk to you. Most people you interact with in the business are not ‘numbers people,’ so being able to explain things and talk to others is one of my biggest assets. I think that’s a reason I have made it so far in my career. I also love coaching, mentoring and managing people.”