Taking out the trash 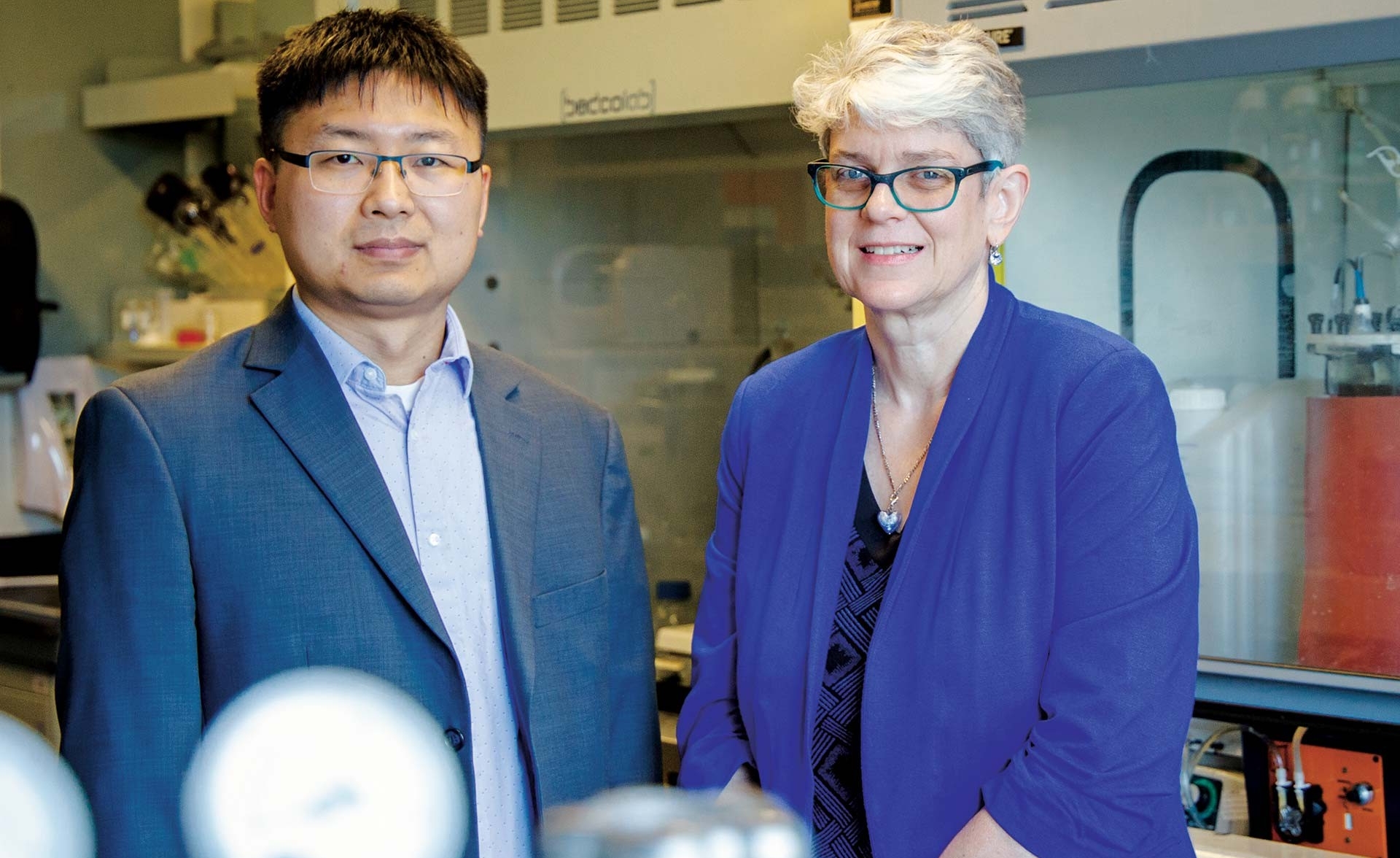 In the lab: Chunjiang An and Catherine Mulligan work on different aspects of waste management.

The first step to dealing with waste, everyone agrees, is to stop making so much of it to begin with. That’s the easy part. Progress gets more complicated.

In cities, where so many live in such close quarters, a lot of waste is produced and needs to be transformed somehow or placed somewhere. The ease with which waste can be properly handled depends very much on where you live, and must take into account climate and geography, infrastructure and cost.

Concordia is one of Canada’s leading universities in the study of cities, and waste management is one of more than 115 programs or areas of study here. We talked trash with three Concordia experts, and some of their observations might surprise you.

Even the category of waste itself is tricky, says Chunjiang An, assistant professor in Building, Civil, and Environmental Engineering. He’s consulting for the City of Montreal on greenhouse gases and disposal systems.

If something isn’t considered useful, it’s waste – though that can be a matter of whether a piece of paper stays on your desk, goes into a recycling bin or is tossed in the garbage can.

Though the idea is slippery, Professor An explains that waste can be broken down into three basic categories: green waste to be composted, waste to be recycled, or general waste to be disposed of. In countries where land is at a premium, as in Japan, for example, incineration is best. The initial investment is very high but the ash remaining is only 5 per cent of the original mass. Some plants have “waste-to-energy” systems that generate electricity during the burning process.

In Canada, with an abundance of space, landfill is cheap to create, though we have to pay attention to the leaching of pollutants into the surrounding area as well as biogas emissions.

And landfill does fill up. We can reduce the burden on landfill by changing our habits to produce less waste. An lauds Concordia’s tiny garbage cans in each office; people have to think twice about throwing something out. “If we have a big bin, we want to throw anything into the bin!” he says. Smaller bins lead people to throw out only what is “truly not useful.”

“A major issue for waste is volume,” says An. There are some new types of trashcans equipped with solar-powered compactors, An says, so they can hold more. Downtown buildings could have one large semi-buried waste container instead of many smaller ones, which would centralize garbage collection. Trucks could also have better compacting systems. By reducing the volume of waste as well as pickup points, collection and transportation costs could be halved. Some waste could go directly to landfill, while other waste could go to incineration.

‘You have to look at the whole’

An would like to see better separation at the source, too. If a printer breaks, for example, the components could feasibly be separated and sent to facilities that could recuperate or recycle them.

An has confidence our cities can tackle what seems an insurmountable problem, with effort and a willingness to spend. “In the history of our society, we always have pollution first, then we do pollution control,” he notes. “I’m an environmental engineer. We can reduce waste and remove pollution from the water and air.“There’s only one big problem: “The cost.”

Professor Catherine Mulligan, thinks people get too caught up in single issues, like banning plastic bags that don’t actually take up much space in a landfill. “In the long run it doesn’t make very much difference,” the specialist in sustainable engineering insists. Holder of a Concordia Research Chair in Geoenvironmental Sustainability, and an associate dean of research and graduate Studies at the Gina Cody School of Engineering and Computer Science, Mulligan is also director of the new Concordia Institute of Water, Energy and Sustainable Systems.

“The problem is everybody looks at a little bit here, a little bit there. You have to look at the whole.” Making reusable cloth bags and plastic mugs takes a lot of resources, and when tossed into landfill, “they take up far more space than plastic bags.”

She sees waste as a systems problem. Plastic could be reused or collected properly, or could be engineered to be fully biodegradable. When people complain about plastic in the ocean, she asks, “Why is it going into the ocean in the first place?”

One solution to the waste of our stuff, Mulligan asserts, is to have better modular design. When a component breaks in your refrigerator or computer, it should be easy to remove and replace. We should be able to recuperate the scarce and precious metals from our old phones. “This is where the problem is, not a little plastic bag,” Mulligan says.

Mulligan feels confident that Montreal’s current landfills, which use low-permeable geotextile liners and are properly monitored, are well run.

Very active and mixed-waste landfills produce high concentrations of methane, which is bad for climate change, but useful if captured and converted to electricity. Unfortunately, not many landfills worldwide do this, but Montreal’s do. “If it’s economic to produce methane,” Mulligan says, “go ahead, don’t suck out the useful organic waste. It makes sense to cut out all these other waste materials that don’t degrade, that’s what you should be focusing on.”

Mulligan likes how the city dealt with Miron Quarry, which produced the limestone for many Montreal houses before becoming one of North America’s biggest landfill sites. As it reached capacity (and in response to protests of locals), the city turned it into the second- largest park in Montreal and built the St-Michel Environmental Complex. There are composting and recycling centres and a power plant for biogas conversion. The Circus Arts City TOHU is at the south end. Mulligan routinely brings colleagues and students to visit the repurposed landfill, planted with wild grasses and shrubs, a refuge of nature for citizens.

And then there’s organic waste. Suzelle Barrington, affiliate professor with the Department of Building, Civil and Environmental Engineering, is associated with consultants working out of St-Hyacinthe, a city east of Montreal with a good sorting system to remove random plastic and metal from organic waste, which is then fed through an anaerobic digester to produce natural gas. The solids left over are dehydrated and can be composted and used for agriculture or in parks. 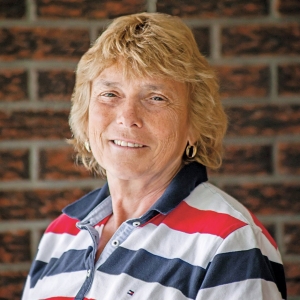 Suzelle Barrington focuses much of her attention on reducing waste in the food-production business.

Still, waste needs to be reduced at source. Barrington says food production waste is as high as 45 per cent and is the third-largest greenhouse-gas producer in the world. She’s frustrated by misconceptions in the food industry. “It’s hard to talk to people about food, they get very emotional. And when they get emotional, they won’t listen to you,” she emphasizes.

People must realize no food-production system is perfect, Barrington says. Even organic farms have an environmental impact in terms of poorly balanced fertilization, mainly based on manures, leading to excessive nitrogen applications and water pollution. “People should ask the right questions rather than believe what they want to believe,” she says.

Many insist that choosing plant-based foods instead of beef is better for the environment, yet Barrington points out that growing fruit and vegetables has effects as well. Fruit and vegetable production requires huge amounts of irrigated water, taking away from human water supplies, whereas raising beef uses rain lost as it falls on land that couldn’t be used for crops in any case. The food waste from crops is high, and is often left to rot on the ground, creating greenhouse gases.

Barrington favours the “reasonable agriculture” approach, which falls between conventional and organic, minimizing the negative impact of each. What she’d really like to see, though, is better market organization. She finds food suspiciously expensive, given that only 10 to 12 per cent of the price is going to the farmer.

Barrington sees an answer in the quota system (like with Quebec’s dairy production), in which the government regulates food production to match what the population consumes, plus a reserve. While Canadian milk costs more than milk in the U.S., it receives no subsidies and part of the cost goes toward environmental stewardship at the farm. The quota system removes all incentive to overproduce.

“In Canada, nobody wastes a drop of milk,” she says. “In the U.S., where milk is government subsidized at the rate of at least 0.30$/L, if a little mistake happens during processing, they dump the whole big tank in the sewer, pick up the phone and buy more government-subsidized milk.” Then the wastewater needs treatment, too, adding to the cost.

There’s food production, then how we bring it home. “Plastics is a big issue,” says Barrington. Though we can’t avoid plastic, we should minimize it. She’d like to see grocery stores sell reusable bags alongside their fruit and vegetables, and for coffee shops to charge exorbitantly for plastic-lined single-use cups so customers would have further incentive to bring their own. And we should avoid ready-made meals and convenient-but-overpackaged foods.

“This younger generation, they don’t want climate change, but their way of life is not geared towards reducing plastic and waste,” she says. “They don’t cook!” “There are alternatives out there, but they are probably more expensive than regular petroleum plastic. People have to be willing to pay for it,” she says. This goes for big items, too. So much of what we buy doesn’t last long, from our laptops to household appliances. Barrington would be willing to pay more for a durable, well-made refrigerator. “Maybe we’re better off to give them a bit more profit, but then make sure it lasts longer.”

Engineers not only see the big picture, but also the long run. “There are a lot of solutions out there today. We should never limit ourselves to a single solution,” Barrington says, “People have to open their minds to the fact that it’s a combination of things that will make the world work.”