Writing is my outlet. Whether I’m feeling heartbroken, deliriously happy or just simply bored, it’s the one thing I do that makes me feel most like myself. It’s the reason I decided to pursue a BA in journalism and political science at Concordia.

I was bitten by the creative bug at an early age. I always knew that I would use my love of writing not only to make a living but also try and make the world a better place. I figured I could combine my passions to try and right/write the wrongs of the world and help create a more just place. 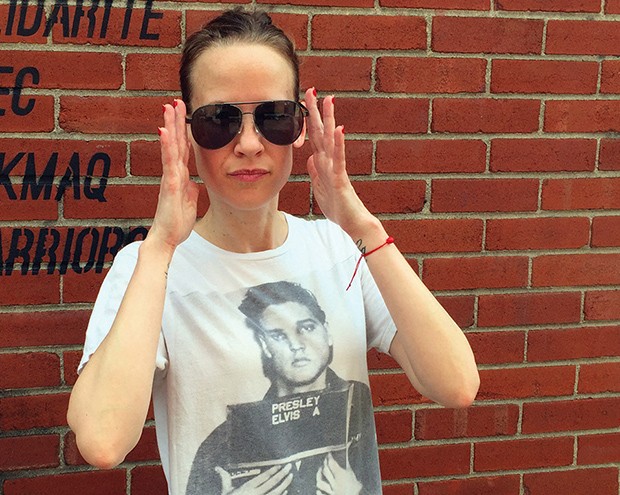 “I didn’t realize it at the time — yet that bite would drastically alter my life and even threaten the thing I love most: writing.”

Unknown to me, however, was that I was bitten by another kind of bug as well — a tick — when I was around 10 years old, at my grandfather’s cottage in the Montpellier, Que., region.

I didn’t realize it at the time — the bite mark was on my forehead and I thought it was a pimple, to be honest. Yet that bite would drastically alter my life and even threaten the thing I love most: writing.

I was diagnosed with Lyme disease in June 2017, more than 30 years after getting bitten by a tick infested with the Borrelia burgdorferi bacteria. During that time I went from being a healthy kid to a sick young lady to a gravely ill woman.

I won’t get into the lengthy list of symptoms I experienced on a near daily basis, but some of the most challenging included chronic fatigue, recurring infections, pain and irritable bowel syndrome, as well as depression and anxiety. Over the years I often wondered how much longer I could go on living with whatever was making me so sick that I found it nearly impossible to get out of bed on most days.

When I was finally diagnosed after years of seeing doctors who told me absolutely nothing was wrong with me, everything became clear — including why I hadn’t been able to hold down a job in the field that I loved so much.

I consider myself extremely lucky to have found a doctor who took the time to get to know me and my case, and who had me take the necessary immunology tests.

Thanks to that doctor I not only found out that I have Lyme but also discovered that I had experienced a stroke, which explained why I was having such a tough time remembering things and, most importantly, writing.

Knowledge, as I learned in journalism school, is power, and finding out that I have Lyme was one of the best things — if not the best thing — that’s ever happened to me. Since getting my official diagnosis I’ve used the tools I learned at Concordia, like conducting interviews and doing research, to try and get healthy again.

There are no doctors in Quebec considered “Lyme literate” by the International Lyme and Associated Diseases Society. I’ve therefore had to rely on myself since getting my diagnosis. So far homeopathy and Reiki treatments have helped me the most, as well as trying to eliminate as much stress as possible from my life. Becoming a freelance writer allows me to pursue my passion without being bound by the daily grind of a regular job.

I still want to change the world, though, as well as make it a better place. I envision a book about my personal struggle with the disease in my future and, if I’m lucky enough to make it happen, I’ll have writing and everything I learned at Concordia to thank.

They say that sometimes what doesn’t kill you makes you stronger. Since being diagnosed, I’ve faced the darkest parts of myself and confronted some of my biggest demons, so I know it has for me.