Finding the sweet spot in the work world

New grads consider their options as they begin their job searches or launch their own businesses
|
By Jesse Staniforth
Source: Concordia University Magazine

A generation or two ago, new graduates often began careers in which they remained for years, sometimes their entire working lives. Today, however, that entire understanding of work is changing. As Bill Morneau, Canada’s Minister of Finance, told the country in October 2016, members of the work force need to adapt to the notion of “job churn” — moving from one job to the next, with a handful of jobs over a lifetime. 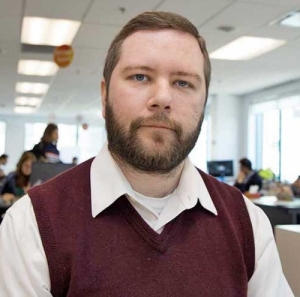 Yet for Concordia’s newest grads, the labour-market forecast remains coloured with hope. The key, however, is for job seekers to take a different approach to their career options — or to look at options such as running their own show.

(See the sidebar “Why owning a company is just good business”)

Even though companies may not offer the same type of job security they once did, that can create new opportunities, says Ryan Desgroseilliers, BEng 14, CEO of Apisen Operations Services in Montreal. “A lot of companies are intentionally separating out the functions they used to have internally, so it’s created a lot more opportunities for people to have these new businesses that fill the niches the large players don’t really want to touch themselves.”

As students, Desgroseilliers and Andrew Henry, BEng 14, began a project that became Apisen. The startup works with companies to implement specialized electronic and electromechanical systems for their products. Through Concordia’s District 3 Center for Innovation and Entrepreneurship, the two prepared to take Apisen from an idea to a real-world company. Six months after graduation, they received investment capital and began to build their venture.

Desgroseilliers remains connected to District 3 through its Innovation Projects, a rigorous three-month process for Concordia undergraduate and graduate students that will challenge them to create innovative solutions for established organizations (d3center.ca/ en/innovation-projects).

Today, Desgroseilliers says he does far less engineering than he imagined he would. Instead, his time is mostly spent managing. That’s fine — he’s found that adaptability is the soul of launching a business.

“If you pigeonhole yourself into a very specific job role, it’s going to be very difficult,” he says. “But if you specialized in something very narrow, you can still leverage those skills. If you have a degree in a very specific type of accounting, it’s all a question of whether you can still use those skills — for a different type of accounting, for financial analysis or for who knows what. It’s all just making use of the skills rather than trying to find that ‘unicorn’ job that might never exist.” 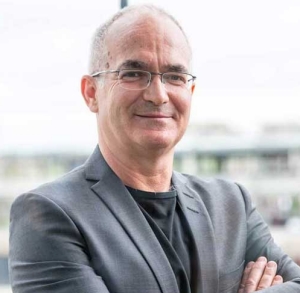 District 3 director Xavier-Henri Hervé says we should anticipate how new technologies will change the world.

This is the way of the world, says District 3 director Xavier-Henri Hervé, BEng 87, LLD 11, who founded the centre as a way to help students gain experience with innovative and entrepreneurial projects.

“Thirty or 50 years ago, people stayed with the same company their whole career,” Hervé says. “Back then the life expectancy of a corporation was 50 years or more. The average age of a company is now below 14. It’s a huge change. What you have at the other end — because you have online learning and other tools — is that people can actually grab skills fairly quickly. As soon as there’s a demand for something, like a certain type of coder, that shortage is going to last six months or a year, and then suddenly there are more than you know what to do with.”

Beginning before they begin

Since the market for jobs in art therapy is competitive and the field is small, Noriko Baba, BFA 12, MFA 16, began researching potential positions even before she entered her creative arts therapies master’s degree program. As a student, she worked as a fine arts mentor for Concordia’s Student Success Centre. Even then, she says, “I was already job searching. I was looking for a supervisor — if you become a therapist or a counsellor, you need a supervisor, even after graduation.” 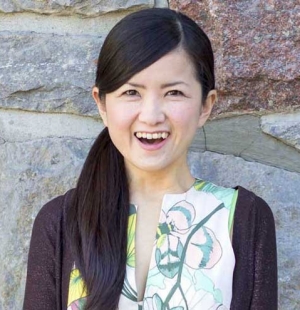 Noriko Baba began researching potential positions even before she entered her creative arts therapies master’s degree program, which helped her find a job when she graduated.

Because she completed an internship and earned experience in a variety of different operations, Baba found a job quickly. For these reasons, the District 3 team wants to get students acclimatized to the demands of a very modern job market before they enter it. Students go to university hoping to be introduced to the knowledge they need to thrive in the working world, yet more and more the knowledge each job requires is connected with exposure to the outside world.

“The most fundamental thing is to start getting experience in your field of passion and in what you see the world of tomorrow being built with before you graduate,” explains Hervé. “In today’s generation, it’s happening much faster than people imagine. Think of Tesla with self-driving cars — two years ago, everyone would have said, ‘Yeah, sure.’”

A father himself, Hervé says that parents must be aware of how surrounded we are right now by technologies poised to change forever the way we exist in the world. “The startup is a job unlike any other job,” Hervé says. “As a parent, it’s hard to imagine the startup world is not risky. It’s a super-fast-moving world that everyone needs to understand, but the parents of most of these 20-yearolds do their kids a favour by thinking differently and pushing their kids to get the experience! More than just working at Starbucks, or serving coffee at a traditional company, but doing some real stuff.”

Hervé stresses that the work is out there. It’s just a matter of harnessing the adaptability of a workforce and job market very different from all those we’ve seen in recent memory — harnessing it, and being able to use it to each individual’s advantage.