The last thing you want to hear from your phone service provider is that it’ll be shutting down for a few hours while it upgrades its system, and you won’t be able to use your phone during that time.

“That would be unacceptable; a company cannot afford that, especially in such a competitive business environment,” says Ferhat Khendek, a professor in the Department of Computer and Electrical Engineering in Concordia’s Faculty of Engineering and Computer Science (ENCS). “Failures will always happen, but when they happen, we have to take care that the user should never see them because they’ll switch to something else.” 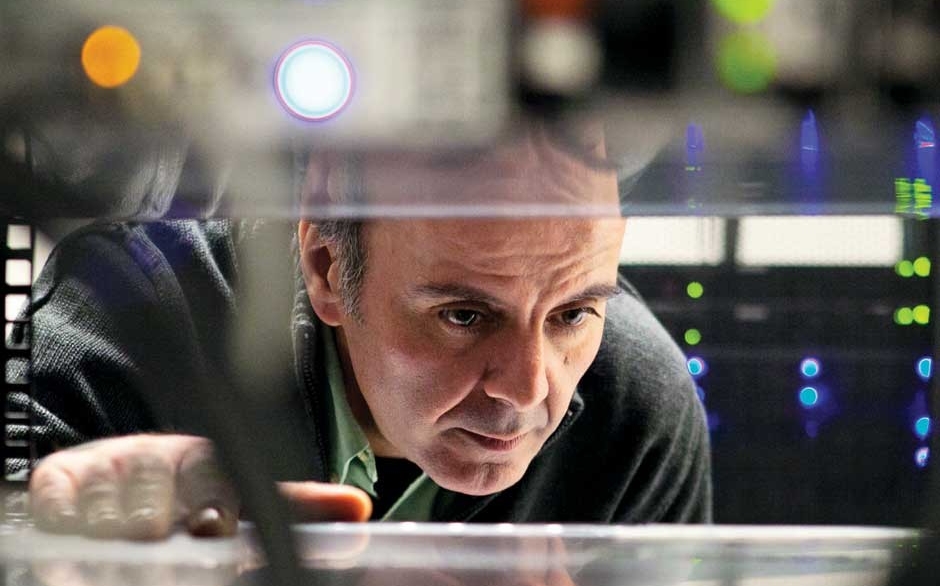 Khendek is the NSERC/Ericsson Senior Industrial Research Chair in Model-Based Software Management. He works in close partnership with Ericsson Canada. He’s supervising a group of graduate students who collaborate with the telecommunications giant’s software engineers to develop techniques and applications that accomplish such things as upgrades while their system remains up and running.

It’s just one ongoing project from the many research partnerships between the faculty and a list of high-tech industry leaders that includes Bombardier, Bell Helicopter, Pratt & Whitney, Hydro- Québec and Siemens.

Khendek, who has nurtured a close research relationship with Ericsson over the past 20 years, says that collaborations between academics and their related industries have benefits for everyone. Students get valuable hands-on experience working in state-of-the-art facilities under the guidance of insightful and experienced industry professionals, while the companies often benefit from their research.

“At Ericsson, my students in that partnership are all co-supervised by an industrial researcher,” says Khendek. “We have meetings there every Wednesday with their researchers. Each student has an access card that allows them to use Ericsson facilities. If they have a specific problem on the platform or something else, an Ericsson internal contact will guide them to other internal contacts who will help them.”

Khendek proudly points out that some software research work carried out by Concordia students, specifically a way to automatically generate a configuration for a system, has found its way into Ericsson’s operating platform — and the company couldn’t be happier. “They said this work has given them a lead of two years over their competitors,” he says.

She points to the advantages to both sides. “It really brings relevance to the research we’re doing here,” Sitahal says. “Instead of guessing at what problems industry may potentially have, they actually tell you, ‘Hey, we have this problem — how do we work together to solve this issue?’ And one of the greatest benefits for our students is they have the opportunity to work alongside these industry engineers who normally have been around for 20 or 30 years and really know their stuff.”

This experience also makes the participating students more employable when they graduate; many end up working for the partner company for which they did their research.

Aerospace is a big draw

Along with other leading telecommunications companies like Ericsson, ENCS faculty members are engaged in research partnerships in high-tech industries such as electronics and software development. Especially prominent on the list is the ever-growing aerospace industry, which has several companies established in or near Montreal. “In terms of partnerships in ENCS, aerospace is the big daddy of them all,” Sitahal says, pointing out that more than 50 per cent of her department’s engagement is with aerospace companies. 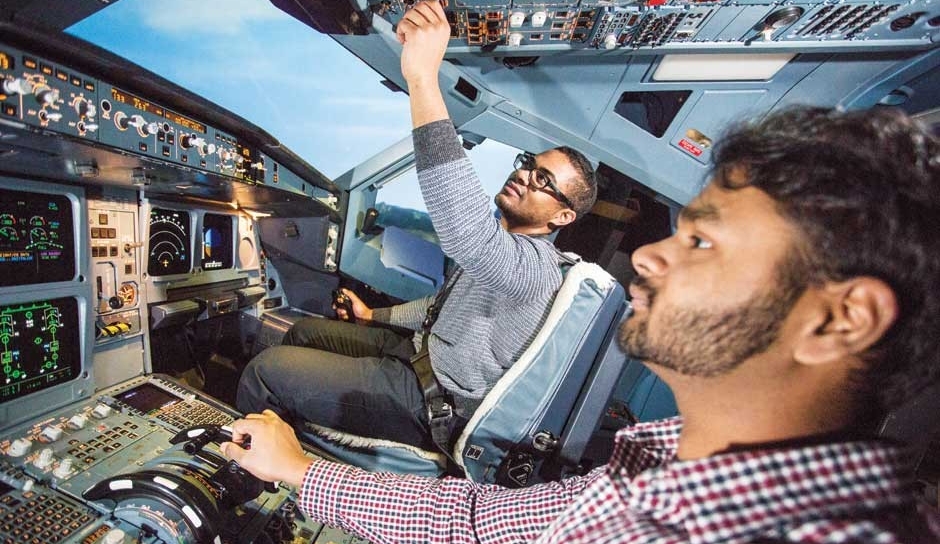 “Our students have the opportunity to work alongside these industry engineers who normally have been around for 20 or 30 years and really know their stuff.”

This is in keeping with the growing emphasis on aerospace engineering at the university. Last February the Quebec government approved Concordia’s new Bachelor of Engineering (BEng) in Aerospace Engineering. “In consulting with our industry partners it was clear that what the aerospace industry in Montreal needed were technically trained engineers with specialized interdisciplinary skills unique to aerospace,” Amir Asif, dean of the faculty, said at the time of the announcement.

“A lot of our partners right now are not just partners in research, but partners in education as well,” says Sitahal. “The recently awarded NSERC Chair in Aerospace Design Engineering is primarily focused on the development of undergraduate curriculum supported by six companies. We’re engaged in training a new breed of engineers. So companies are really investing their time and resources to help us, which is new and exciting and really a commitment to changing the way we do things.”

Robert Fews has been in the aerospace industry for 50 years and has seen a dramatic evolution in the technology. “They were flying with elastic bands when I started,” quips Fews, who worked at British Aerospace — he was on the tarmac when the first Concorde took off — before moving on to Canadair and Bell Helicopter. His expertise in the field brought him to Concordia in 2009 as special aerospace advisor to the dean.

He says that graduate students’ research collaborations are a step up from undergraduate internships, where students get to learn from on-the-job experience. (See the sidebar, “Co-op integrates undergrads”) That means that for economic reasons, all universities must bring their A-game when it comes to being partnered with companies, Fews adds.

“From an industry perspective, the university collaborative research environment is extremely competitive,” says Fews. “Industries try to be as competitive as they can in terms of where they place their research. They want to find the number-one best technical resource that’s available in Canada. They also want to find the most appropriate funding leveraging they can get their hands on.” 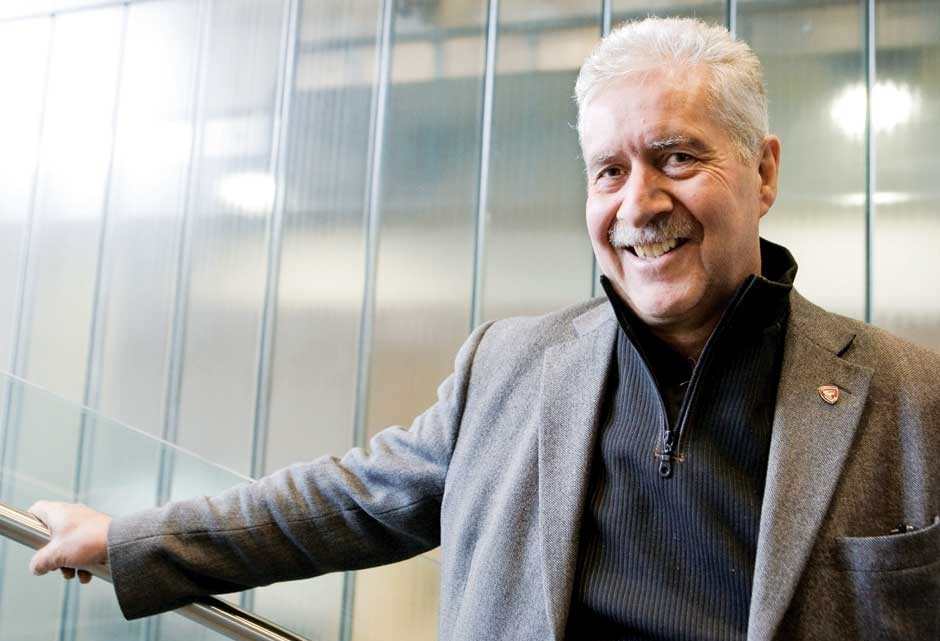 Robert Fews, special aerospace advisor to the dean of the Faculty of Engineering and Computer science, has decades of experience in the aerospace industry.

Much of what Sitahal’s Research Partnerships and Innovation team does is to identify and structure funding proposals for research projects with partners, an intricate process in itself that involves extensive collaboration and involvement from both parties. There is also the matter of selling a company on the idea of using local research resources — not always an easy task in such a highly competitive environment.

“It’s not Daddy Warbucks sitting over here with a pocketful of cash saying, ‘OK, where am I going to dole this money out?’” she says. “The companies also have to make the business case to their head offices. Most of the companies we deal with don’t have their head offices in Canada, so making the argument that research should be done here involves putting together a very strong rationale for that, which includes leveraging opportunities such as the uniqueness of the expertise we have to offer, the availability of specialized infrastructure and government funding programs. We have to build that business case for them to show what the financial and intellectual leveraging opportunities are and why it makes sense to do that research in Canada.”

Working to save energy

For Andreas Athienitis, a professor in Concordia’s Department of Building, Civil, and Environmental Engineering, the burgeoning field of solar energy has opened research and development opportunities that have put the institution well ahead of most universities — including a home-grown project that produced a groundbreaking environmental model. 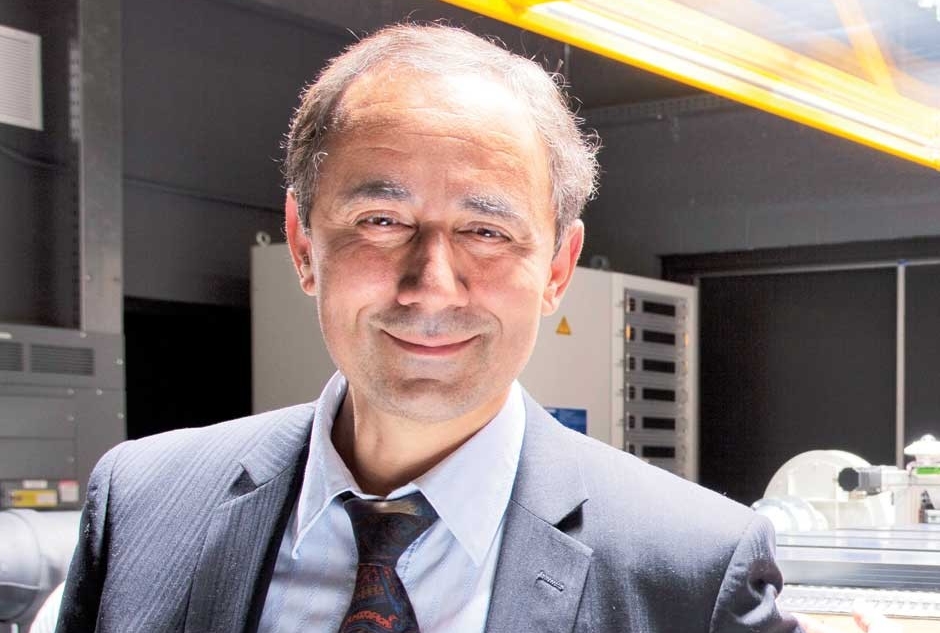 The research conducted by Andreas Athienitis’s team of graduate students work on projects such as optimizing buildings’ energy efficiency for local companies including Hydro-Québec.

Athienitis is the NSERC/Hydro- Québec Industrial Research Chair in Optimized Building Operation and Energy Efficiency and scientific director of the NSERC Smart Net-zero Energy Buildings Strategic Research Network. He led the design and implementation of the John Molson School of Business Building’s “solar wall” installation, which uses a single façade surface to generate both heat and electricity from the sun. It was the first of its kind in the world when the building opened in 2009.

His current team of 12 graduate students, six of whom are PhD candidates, works with a network of local companies, the main partner being Hydro-Québec, the province’s energy utility. “We are doing two kinds of things “In Ericsson’s own words, they said this work has given them a lead of two years over their competitors.” with Hydro-Québec,” says Athienitis, who arrived at Concordia in 1987. In addition to development of building-integrated solar systems, he explains, “We are optimizing building operations to reduce and shift peak demands for electricity, especially when it gets very cold or very hot.” Athienitis’s group attracts top students from several disciplines, and several of his graduates have gone on to faculty positions at Canadian and American universities such as Purdue.

Since Hydro-Québec often has to import electricity from the United States in order to meet increased heating demands whenever winter temperatures drop considerably, it has a strong financial interest in reducing those demands during peak periods. “We can do that by optimizing the way buildings operate,” Athienitis says. “A lot of the work we are doing is based on predictive control. We use predictions of the weather — two days or even a few hours ahead — and based on the occupancy of buildings, we can adjust their operation to reduce the projected upcoming demand for electricity for both heating and cooling.”

Apart from Hydro-Québec, Athienitis’s students work within the NSERC Smart Net-zero Energy Buildings Strategic Research Network that includes partners from a diverse range of industries including manufacturing, engineering and building-automation companies. “We are also connected with companies that make solar panels to produce electricity. We are now working with a company to design windows that have solar cells built into them to generate electricity.”

Aside from the Molson Building, Athienitis proudly points to the recently built new municipal library in Varennes, Que., as an outstanding example of his research team’s contribution to the integration of a solar-energy system in an ultra-modern building.

A more recent project involves research into preheated fresh air for buildings, whereby outside air is drawn in through the façade, heated by solar energy and then directed into the building’s indoor fresh-air system. “This is an area in which we are ahead,” Athienitis says.

Mehran Khan, who completed his MSc in fall 2015, has been collaborating with Ericsson for more than two years. He remembers his research partnership as demanding yet extremely rewarding. “The biggest advantages are that you face challenges you wouldn’t expect in a master’s program,” says Khan. Much of his work at Ericsson involved developing techniques for middleware to ensure that the system doesn’t fail, and to monitor load on the system in order to optimize its resources — identifying periods when higher call volume necessitates greater load capabilities, and vice versa.

He also points out that his presentation skills improved considerably thanks to the weekly routine. “You have to present whatever you’ve contributed to your research on a weekly basis,” he says. “You have a supervisor from Ericsson and you have a supervisor from Concordia; you have to present your work progress in front of them — and each quarter you present to the higher- ups at Ericsson so they can see what research and development is doing.”

Networking is also a big plus, says Khan, who now works as a full-time research professional with Khendek. “You get to meet a lot of people in the industry, and that helps with the job hunt. That wouldn’t have happened had I not been in this program.”

From a reliable telecommunications network to abundant heat and energy efficiency to safe air travel, it’s easy to take for granted the everyday comforts and services made possible by our high-tech industries. It’s even easier to overlook the young university researchers who work well behind the scenes and contribute to the overall effectiveness of these services. Yet as Concordia continues to establish and maintain solid relationships between faculty members across the university and a wide range of industry research partners and companies willing to help train students, that win-win situation agreed upon by both academics and professionals is likely to keep the university’s name prominent among high-tech industry leaders.

“We have some great programs and an excellent research community within Concordia, and we have been able to put together some very powerful programs, both from a university perspective and an industry perspective,” said Fews. “We have a very good reputation.”