'Don't be too old for this' 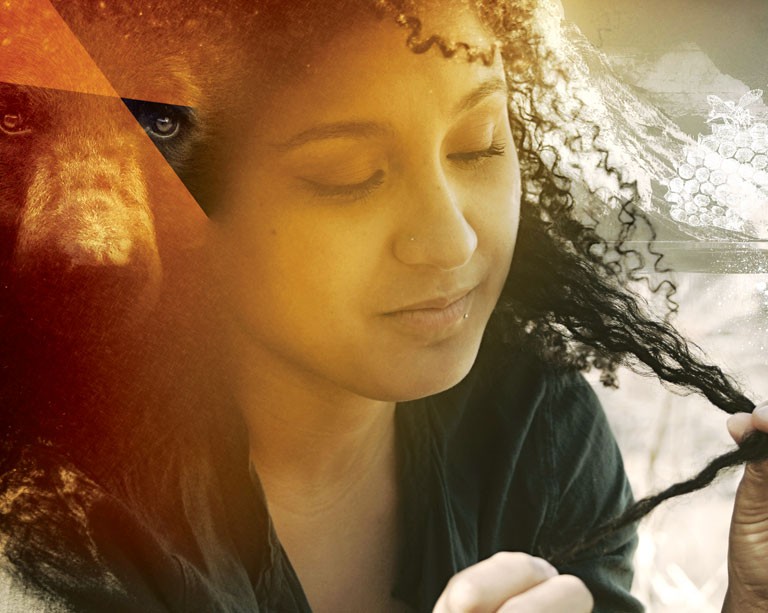 Each year, Concordia’s Department of English hands out prizes for excellence in the studies of English literature and creative writing.

The Irving Layton Awards for Creative Writing, worth $500 each, are given to undergraduate students for works of poetry and fiction. To qualify for the poetry award, students must submit a portfolio of one or several poems.

The 2015 poetry award recipient was Soili Smith, BA 15. Smith is now pursuing an MFA in creative writing (fiction) at Rutgers University in New Jersey and is assistant non-fiction editor for the online literary journal Cosmonauts Avenue.

The Prince George, B.C., native took an unusual path before arriving at Concordia for her BA in English literature and creative writing. She first earned a BSc in biology from the University of Northern British Columbia in Prince George and spent many years in the forestry industry. Her writing, she says, “often revolves around northern B.C., and focuses on the relationship of people to place, and vice versa.”

Don’t be too old for this

A three year old once explained to me that he wasn’t afraid of bees because they sting, but because they make honey, and from what he understood from various storybooks, bears seriously love honey, so it’s reasonable to conclude that if one sees a bee, there is also potentially a bear nearby. He was afraid of bears you see, and bees insofar as they are the harbinger of them.

A pastor once told me a story about a man who was constantly bucked off by his donkey. Each time the man would whip the donkey and get back on. Eventually the man fell down a cliff or something. Then lying there, dying, he cursed God and asked why he didn’t send him some kind of sign. Then God spoke to the man through the donkey, and said, I sent you this donkey. The pastor concluded by saying, see, God’s so powerful he can make donkeys talk.

It seems to me the difference between the pastor and the three year old is smallness. The three year old is so small, he’s not in the way, he can see the big picture. I want to see it too. I’ve been shrinking up lately. Getting a lot younger. I take off my clothes in front of company, and cry when I want something. I am often surprised by my limbs. I pull my knees into my chest and blow bubbles in the bath.

I watch Korean melodramas with the subtitles turned off. I don’t know Korean, but I’m learning. An infant imitating, my first words are “stop,” “why” and “I love you.” I pretend the jealous lovers ever looming in the background of a kiss are ghosts. Close-up: two happy people, zoom out: ghost. Too big a picture to get in one shot. God is so powerful, says the pastor, he can make ghosts.

Don’t worry, I am still getting younger, I have learned to fear the messengers. They are often innocent, literally bumbling, but in the wake of their sweetness is a bear. The first time he choked in front of me was in the food court in Pine Centre Mall. He opened his mouth loudly, and out poured a pillar of bees. Throats, I wonder, what’s the deal with those? Never mind, read me a story; I am alone and afraid of sleep.

I went to see the three year old recently. He’s ten now. He doesn’t remember what he told me about bees. He shot his first bear with his Dad last summer. My boss shot a bear too. He brought me out to it. The bear was too small (whoops!) and the gun too big, there was a hole that showed through to green grass where the chest should be. The tongue lolled out, cool and pink. I bent down, tucked it back in and waited.