Flight management systems for all 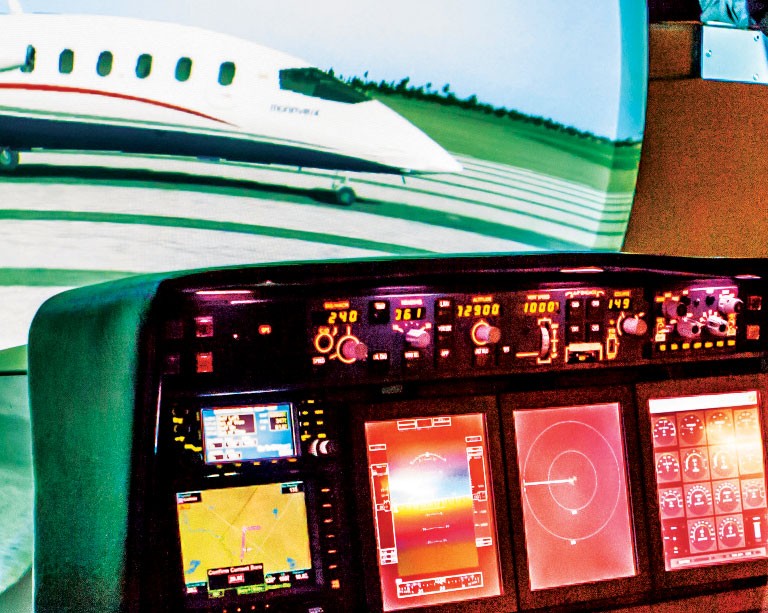 Flight management systems are much like the Global Positioning System (GPS) in cars — only the pilot enters the information about where the plane is headed, and off it goes — no need for an actual person to navigate or figure out how fast to fly in order to save fuel or arrive on time.

The technology was introduced commercially in the Boeing 767 in the early 1980s. It’s now used in all commercial airliners and private planes.

Flight management systems are costly, though. Manufacturers charge a minimum of $13,000 per system and have long kept their coding secret. While that’s not a problem for large airlines, those prices and restrictions can be prohibitive for personal aircraft owners.

Concordia researchers Luis Rodrigues and Jesus Villarroel, MASc 15, may be changing that reality. In a study to be published by the American Institute of Aeronautics and Astronautics, they set out a mathematical formula that accurately recreates the calculations that a flight management system (FMS) makes for a cruising Airbus 320.

“Our formula can easily be adapted for smaller aircraft — and then run in an app on a smartphone,” says Rodrigues, an associate professor in the Department of Electrical and Computer Engineering and a member of the Concordia Institute of Aerospace Design and Innovation. (See the side- bar, “Concordia Institute of Aerospace Design and Innovation’s interdisciplinary research.”) “Essentially, this formula is an open-access FMS that can be used by pilots, people in the industry and people who study aerospace. FMS algorithms have long been proprietary information that was unavailable to the public. Now we have a better under- standing of what’s in the code.”

Rodrigues and his co-author Villarroel, who is now working with the flight simulator company TRU Simulation and Training in Montreal, are excited about the educational implications of this new FMS formula. “We can give students the analytic formula and have them adjust it to fit different aircraft models,” says Rodrigues. “It gives students an idea of what it’s like to work with and program a commercial FMS — before they’re employed by the airline industry.”

Although that app has yet to be developed, Rodrigues is confident that it wouldn’t be hard to program. “Our formula is a square root of a sum of two terms, one of them depending on the weight of the aircraft,” he says. “The formula can be used with data from a specific aircraft, just like with a regular FMS. Students using our FMS can ask themselves, ‘If I change the weight by a tiny bit, if I change the altitude by this much, what will happen?’ They can then plug those numbers into the formula to find out.”

While it remains to be seen if the formula will ever be used by big companies like Airbus or Boeing, the study has al- ready piqued the curiosity of navigation systems company Marinvent. It will soon test the formula in one of its simulators — one of which is housed at Concordia.

From there, the sky’s the limit, says Rodrigues. “We’ve opened the door for Marinvent to adapt an FMS for its own needs. I hope others will take this formula and go and build on what we’ve done.”