What’s next for Concordia? What kind of university do we want and need to be?

These questions were the launching pad for a process that resulted in Concordia’s newly unveiled Strategic Directions.

Distinctive in its content as well as its brevity and wording, the plan lays out nine directions for the university to travel over the next decade. It was approved by Concordia’s Senate in May and Board of Governors in June. Strategic Directions reflects a return to the university’s roots — while also looking forward.

“All universities need some kind of statement that describes where the university is going,” says Concordia President Alan Shepard. “We wanted to have a description for the community, with community buy-in, pivoting between understanding where we’ve come from and looking toward the future.” 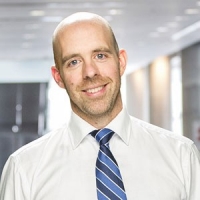 Benoit-Antoine Bacon is Concordia’s provost and vice-president of Academic Affairs. “I think we were successful in setting up a structure that had just enough chaos in it to allow for creative thoughts to emerge.”

The resulting Strategic Directions promises that Concordia will be committed to offer “next-generation real education,” to “experiment boldly,” to build “on our reputation as a caring university” and to “be purposeful about taking pride,” among other aims. “I wanted it to inspire people, catalyze the community to take the next steps in our development as an institution, and give members of our community enough breathing room to imagine their own futures inside this framework,” Shepard says.

At seven pages, Strategic Directions is also easily digestible. “It was an explicit goal from the beginning to have the directions short, nongeneric and written in a lively way, which would be much more likely to be read, to be remembered and to be used,” says Benoit-Antoine Bacon, BA 95, Concordia’s provost and vice-president of Academic Affairs.

The nine directions include “Get your hands dirty,” “Mix it up” and “Go beyond” — not a conventional tone for a strategic plan. Isabelle Dostaler, professor in the Department of Management at Concordia’s John Molson School of Business, was a member of the advisory committee and chaired a task force on public and community engagement. “These directions resemble Concordia: there’s something unique about the way we say these things,” she says. “The words sound like us.”

Input from inside and out 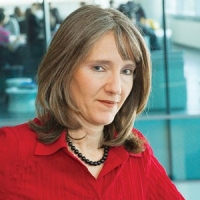 Management professor and advisory committee member Isabelle Dostaler says the positive reaction to strategic directions was tangible. “There was an excitement at the university.”

The planning process was led by a 40-member advisory committee made up of administrators — including Shepard — faculty, staff and students. Its working groups came up with major themes, gave advice about the process and made recommendations on key strategic issues, gleaning insights from a speaker series and direct input from the Concordia community. “I think we were successful in setting up a planning process that was well structured but had just enough chaos in it to allow for creative thoughts to emerge,” Bacon says.

The spring 2015 series, called “The future of the university and the future of learning,” brought 18 experts from outside Concordia for 15 talks at the university. “The speaker series allowed us to take a broader look at trends in higher education and then map a better path for Concordia,” Bacon says.

“The speaker series was a home run,” adds Graham Carr, vice-president of Concordia’s Research and Graduate Studies. “It also had a huge, unanticipated benefit: it gave the university great external visibility. In meetings in Calgary, Ottawa and Montreal, colleagues came up to me and said, ‘What a great idea!’” 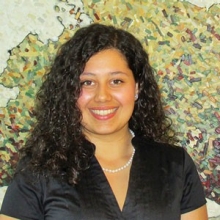 Psychology student Alexandra Buonanno, a member of the advisory committee, says it was important that the directions be not only easy to understand but easy to realize. “They’re comprehensible and implementable.”

Faculty, staff, students and others were invited to contribute to the strategic directions process. The advisory committee received a wealth of responses. One venue for that input was the Ideas Cafés, headed by Rosemary Reilly, associate professor in Concordia’s Department of Applied Human Sciences. “The process was open and consultative, with lots of opportunities for constituencies to be part of the thinking,” explains Carr.

“Our approach was not textbook, but the usual business approach would not work well for a university,” says Dostaler. Psychology student Alexandra Buonanno was a member of the advisory committee and its Next-Generation Student Skills and Expectations task force, which focused on experiential learning. “Our role was to channel input relating to skills that complement in-class learning,” Buonanno says. “Students today expect to graduate with skills they need for the future.” She found the process and results satisfying. “It was representative of the Concordia spirit of involving the community,” Buonanno says.

Strategic Directions has been receiving glowing reviews. “This is an invigorating, even exhilarating, document that recognizes Concordia’s strengths while pointing to future directions,” one faculty member wrote. “The tone is liberating, rather than constraining, and thus encourages all of us to work towards achieving the statement’s goals.”

“I was quite thrilled that the reaction of the Board of Governors and Senate was overwhelmingly positive,” Shepard adds. “Several people said to me, ‘I think this captures Concordia. I think it gets the essence of the place.’”

The one quantifiable direction is the first, “Double our research.” Shepard believes that’s a realistic goal. “It isn’t all about money, either,” he says. “It’s about other impact that we might have on the community — maybe double the number of graduate fellowships in a certain department or double the number of juried shows that a faculty member is entering over a period of time.” 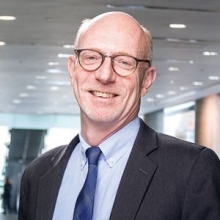 “The goal to double research is a strong statement about what Concordia is,” VP of Research and Graduate Studies Graham Carr says. “It shows that the university community recognizes that our reputation is driven by the success of our research.”

Shepard reports that the ninth direction, “Take pride,” elicited the most positive feedback. “We heard repeatedly that people who were graduates of Concordia, current students, people who work and teach here, all wanted to have more pride in the institution and to be proud of its achievements. And there’s a lot to celebrate.”

Next on the agenda is to translate the strategic directions into action.

“The key units of our institution now need to be given the autonomy and freedom to explore what the nine directions mean for them and forge unique but coordinated paths forward,” Bacon says. “As I said at the start of this process, I am convinced that Concordia is on the right path as a next-generation university and that our model of education — urban, diverse, research-engaged, and embedded within our community — will really come of age in the 21st century.”