This year, we are celebrating our 30th anniversary and the launch of a new phase in our history.
|
By Trevor W. Payne, BFA 80
Source: Concordia University Magazine

For thousands of Montrealers, the holiday season officially begins with the Montreal Jubilation Choir’s annual concert. The group takes the stage, the beginning chords of “Highway To Heaven” fill the hall, the mighty Hammond organ swells and lifts the music. Before you realize it, choir members begin entering from the back — making their way towards the stage and passing within inches of the cheering crowd. Hands clapping, eyes sparkling and robes flowing, the choir dances their way towards the stage.

This year, we are celebrating our 30th anniversary and the launch of a new phase in our history.

Before the Jubilation Choir sang their first notes, I was involved in starting the Montreal Black Youth Choir. I was studying music at McGill University, having decided that my future was not in rock ’n’ roll.

Daisy Peterson Sweeny (Oscar’s sister) was the reigning piano teacher in Montreal neighbourhood St. Henri’s black community; she was organizing the annual recital for her students.

Daisy called me, saying: “Trevor, I’m having my yearly piano recital at Union United Church. I’d like you to come and show these kids that there is so much more available to them. You’re studying music at a university level, and I want you to play the violoncello.”  I really didn’t want to play the violoncello, and in fact would do anything to get out of playing it! That is why I suggested it would be better if I taught her students a song and that I’d conduct their performance. 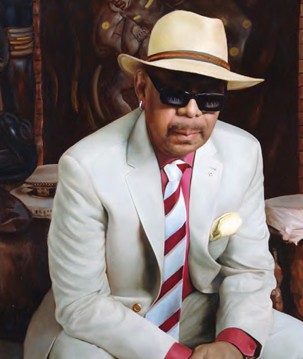 At the first rehearsal, there must have been 30 or 40 kids — some weren’t even Daisy’s students. At the concert, the congregation at Union United Church went wild! We did an encore and had to sing the same song again.

It was then that I realized performing and conducting were my calling. And that is why I decided to go to Concordia. Like today, it offered a flexible program tailored to the needs of individual students. Rather than making me study theory, music professor Sherman Friedland (now retired) allowed me to teach, guide the next generation of musicians and perform.

More confident in my own abilities due to my Concordia experience, the Montreal Jubilation Gospel Choir took off. Today we have performed for hundreds of thousands of people including presidents and prime ministers; travelled the world; won competitions; and provided a lifetime of musical enjoyment and fulfillment for choir members.

Receiving the Order of Canada, the Queen’s Jubilee Medal and a JUNO Award for my work with the choir were exhilarating and humbling experiences. You cannot imagine what those awards mean to me — yet I admit I take more pride in meeting the recipients of the Trevor W. Payne Scholarship in Black Music at Concordia each year and knowing I have played a small part in helping them on their musical journey.

Next year we are starting a new chapter. We have set up the Gilead Jubilation Foundation and are on the verge of launching our first fundraising campaign to support travel, so gospel music can be heard across Canada. We will sing in concert halls, church basements and elementary and secondary schools, from Prince George to James Bay and Corner Brook.

I have a renewed jump in my step because, thanks to the support of Montrealers, I will be pursuing my life’s work, exposing young people of all ages to the power of gospel music and helping build bridges of understanding between Quebecers and Canadians of different backgrounds.

Ever since I moved from Barbados to Montreal at the age of 10, I have always known that I wanted to be a musician. But it’s Concordia that helped me channel my talent and provide me with the foundation to succeed.

Happy holidays, and may 2013 bring the joy of music to the world.