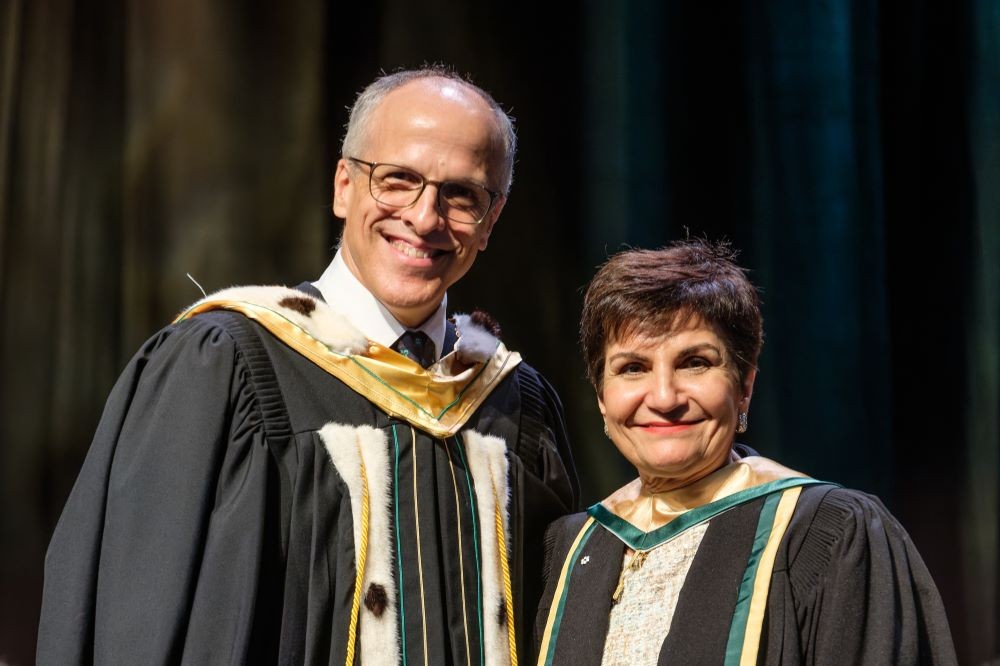 The most recent group of honorary degree recipients at the Université de Sherbrooke includes the visionary benefactor behind Concordia’s Gina Cody School of Engineering and Computer Science.

Gina Cody, MEng 81, PhD 89, whose gift of $15 million to Concordia in 2018 was a landmark in Canadian university history, has been distinguished by the French-language institution alongside the likes of former World Bank chief economist Shantayanan Devarajan and Joanne Liu, professor of Clinical Medicine at McGill University and former international president of Médecins sans Frontières.

“The fact that this honour comes from a Quebec-based post-secondary research institution is significant to me,” says Cody, who, in 1989, became the first woman to earn a PhD in building engineering from Concordia. “It is also extremely humbling to be in the company of so many outstanding individuals, all of whom have made impactful contributions to so many critical fields.”

Cody, recently named Outstanding Major Donor by the Association of Fundraising Professionals, Quebec chapter, was bestowed the honorary doctorate in engineering based on her remarkable accomplishments as a trailblazing professional and business leader, generous philanthropist and vocal advocate of science, technology, engineering, and mathematics (STEM) education and careers.

After she completed her Concordia education, Gina Cody spent three decades as president and principal shareholder of a major engineering firm that provides services related to the construction and rehabilitation of building structures. Under her leadership, the company was named one of the best managed in Canada.

Throughout her career, Cody has consistently advocated for equity, diversity and inclusion initiatives in STEM, particular for girls and women, recent immigrants and refugees. Her enduring support and mentorship initiatives at her namesake school at Concordia have inspired countless students to pursue rewarding careers and develop innovative research in engineering disciplines.

Cody’s many lifetime honours include inductions into the Order of Canada and the Ordre de Montréal.