With more than 600 wins, Les Lawton dedicated his life to women’s hockey — and coached his way into Concordia’s Sports Hall of Fame
|
By Molly Hamilton
Source: Concordia University Magazine

Les Lawton is one of the most accomplished coaches in women’s hockey history.

Les Lawton, a stalwart member of the Stingers community, will be recognized for his service to Concordia at the university’s next Sports Hall of Fame induction ceremony.

“You want to make your players understand the impact a guy like that had on the growth and development of the game.”

Lawton began his career at Concordia as an assistant coach with the Stingers women’s squad in 1982. The next year, he was promoted to head coach, a job he successfully held for more than three decades.

Lawton laughed off the accomplishment at the time. “Seriously, I don’t think anybody ever thinks of numbers like that, especially when you play a 35-game schedule every year.” He memorably piloted the Stingers to two national championships, in 1998 and 1999, and an extraordinary 15 Quebec conference championships. In 2000, Lawton was named the top women’s university hockey coach in the country.

“Any time you’re around Concordia, you know Les is part of the fabric,” said current Stingers coach Julie Chu. “We have this incredible league right now because of all the work that Les and other pioneers put in.” 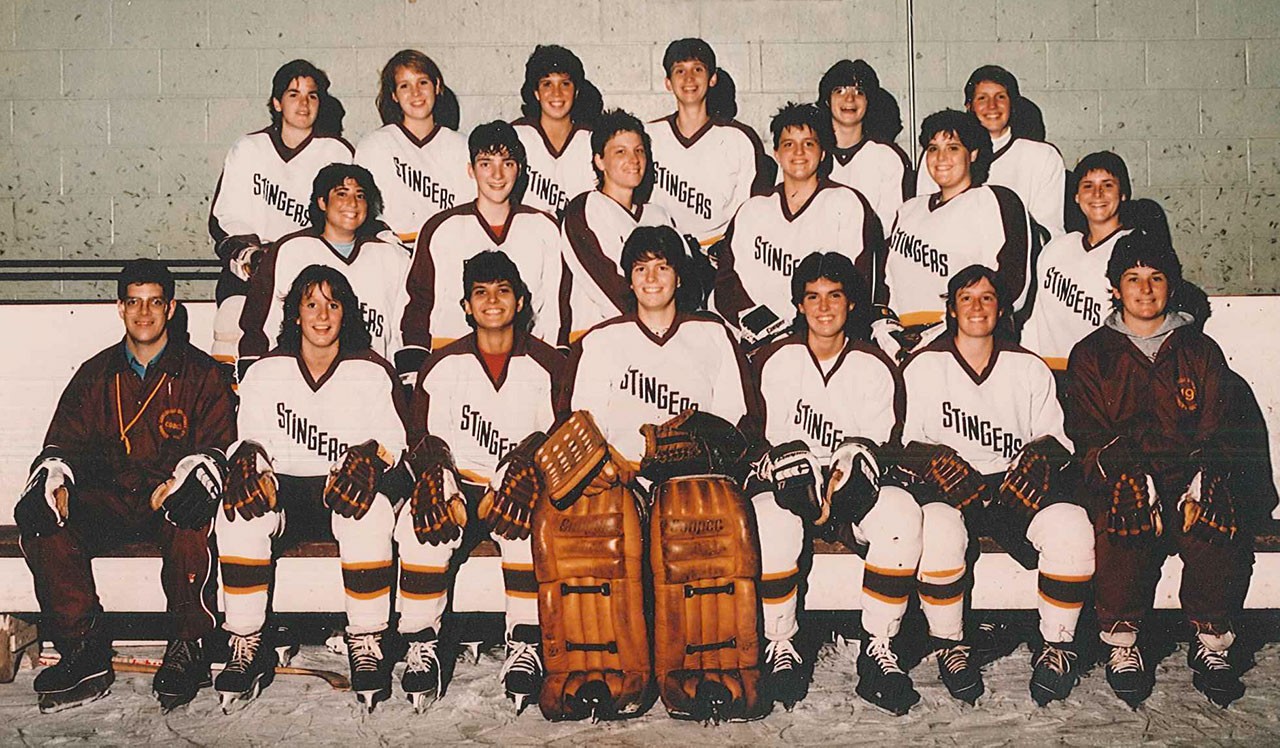 Seventeen years later, Lawton coached Canada’s women’s team at the 2011 Winter Universiade in Erzurum, Turkey. Under his stewardship, Canada ran the table with a perfect 7-0 record and won gold over Finland.

In 2015, Lawton stepped down as Stingers coach after experiencing a stroke. He has, however, managed to remain an active and valued contributor as team advisor.

Lawton has participated in three Shuffle walkathons since 2017, with thousands of dollars raised in the process. His 2019 total of $9,535 was the largest amount collected by an individual that year. “He got right back up, and to see how far he’s come is inspiring,” said Chu.

With files from CUSN, The Globe and Mail, Catherine Grace, stingers.ca and Doug Sweet.

Editor's note: Les Lawton will be celebrated at a Sports Hall of Fame ceremony when Concordia's campuses reopen. In the print version of this article, we referred to a ceremony on September 12, but this event has been postponed due to the ongoing COVID-19 shelter-in-place restrictions.