Ever since Concordia acquired Mordecai Richler’s personal library and unveiled the Mordecai Richler Reading Room, much work has been conducted at the university to examine the legacy of the late Montreal writer, political gadfly and Sir George Williams University attendee (1949-51). 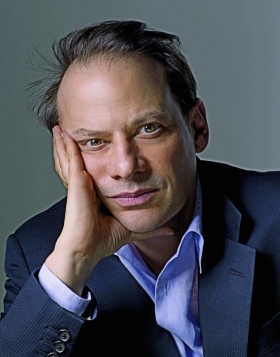 On October 31 and November 1 Concordia hosts a free, bilingual conference whose title, “Mordecai Richler Against the World”, alludes to the pugilistic style favoured by the author of Solomon Gursky Was Here and Barney's Version. Billed as an opportunity to examine the more controversial aspects of Richler’s work, the conference is presented by the Richler Library Project, an initiative funded in 2017 by the Social Sciences and Humanities Research Council of Canada (SSHRC).

The project’s raison d’être – to consider how Mordecai Richler’s personal library can benefit scholars and the public – will be on display on Oct. 31 and Nov. 1 when Jason Camlot, professor of English, and Adam Gopnik, veteran staff writer at The New Yorker, give talks on the late author.

“The original title for the conference was ‘Mordecai Richler: Écrivain Québécois,’” says Camlot, the Principal Investigator of the Richler Library Project. “Then we thought, why limit it to that? Let’s think about all the different communities that he troubled or posed problems for over the years. And so we decided to call it ‘Richler Against the World.’”

Gopnik, a former Montrealer who has three U.S. National Magazine Awards and a George Polk Award to his credit, is no stranger to Richler. After the writer’s death in 2001, Gopnik eulogized him in the pages of The New Yorker, noting that Richler had “done what few writers have ever done: taken a few streets—St. Lawrence, St. Urbain—and lodged them in the world’s imagination.”

Gopnik’s talk on Oct. 31 at 6 p.m. (Grey Nuns E-104), entitled “Many More Mordecais” and facilitated by Camlot, will consider Richler “as a writer with the tonal and stylistic range of [V. S.] Naipaul and the South American masters of magical realism.”

“I want to internationalize him,” says Gopnik. “Stylistically Richler shares much in common with someone like Naipaul, who often wrote about and saw his home country from a London perspective. And in many respects it is the case that Gursky, which I consider to be Richler’s best work, was, to quote him, ‘the first North American South American novel.’”

Other events slated for “Mordecai Richler Against the World” include a talk by Jacob Richler, one of Mordecai’s sons, entitled “Writing about my father, or, A few things my father taught me about writing” (October 31, 3 to 4 p.m., LB 322), and a round-table discussion on Richler’s legacy with contemporary writers David Homel, Saleema Nawaz and Emma Richler, daughter (November 1, 4 to 5 p.m., LB 322).