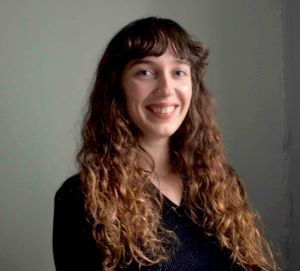 The Department of Philosophy congratulates MA student Viviane Fairbank on being awarded the prize for best essay at the University of Illinois at Urbana-Champaign Graduate Philosophy Conference.

The winning paper is entitled Graham Priest’s Logical Abductivism and the Threat of the Adoption Problem.

Abstract: This paper is concerned with a possible objection to Graham Priest’s anti-exceptionalist (abductivist) view about logic. The objection is Padró’s (2015, 2020) version of so-called Adoption Problem (AP), which holds that “certain basic logical principles cannot be adopted because, if a subject already infers with them, no adoption is needed, and if the subject does not infer in accordance with them, no adoption is possible” (2015, 41–42). In §2, I provide an overview of Priest’s model for rational theory choice and his response to common circularity objections, which may lead us to believe that the Adoption Problem does not concern his view. In §3, I present the AP—and Padró’s argument for it—in detail, and I explain the connection between logical theory choice and logical revision, thereby establishing the relevance of the AP for Priest’s view. In §4, I propose a generalized version of Padró’s argument against the possibility of adoption and show how it can be applied to different anti-exceptionalist views. I conclude, in §5, by explaining the context in which the AP poses a serious objection to Priest’s account of rational theory choice.