Solve Climate by 2030: Building a green Montreal together 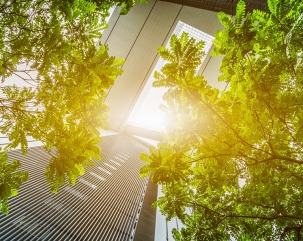 This webinar will feature Drs. Adeela Arshad-Ayaz, Peter Graham, and Anthony Garoufalis-Auger discussing the particularities of the climate crisis from a Montreal perspective wtih facilitators Paul Lott and Muhammad Ayaz Naseem. The event is part of an international project entitled Solve Climate by 2030, one of the goals of which is to provide freely available digital educational material on local climate problems and solutions. As part of Concordia University's contribution, Adeela Arshad-Ayaz will speak about critical global citizenship and environmental justice, Peter Graham will speak about the importance of shifting a commonly-shared metaphor for structuring the relationship of humans with the world, and Anthony Garoufalis-Auger will speak about the need to be uncompromising when advocating for climate solutions.

Peter Graham is a lecturer at the School of Community and Public Affairs and the Loyola College for Diversity and Sustainability at Concordia University. He has training in Economics, Geography, Environmental Studies, and Educational Studies. His current interests include sustainable development, heterodox economics, sociocultural analysis, hermeneutic phenomenology, social epistemology, and material engagement.

Anthony Garoufalis-Auger is a recent graduate of Concordia University. He is currently working as a Montreal-based climate emergency organizer and public affairs strategist. His work focuses on shifting the climate discourse from incrementalism to emergency-mode action in Canada. He is a co-founder of Extinction Rebellion Quebec and an initiator of the Climate Aviation Coalition, a pan-Canada coalition focused on reducing air travel to tackle emissions from that sector. He also sits on the board of directors of Rapid Decarbonization Group. He is presently the Quebec liaison of the Climate Emergency Unit, a newly established Canadian organization fighting for a WW2-scale economic and social mobilization to address the climate crisis at emergency speed.

Muhammad Ayaz Naseem holds a Ph.D. in Comparative and International Education from McGill University, Montreal. Currently he is a Professor of Education at Concordia University. His research interests are situated on the cross section of education in pluri-cultural societies, internationalization of higher education, peace education, social media as space for peace education, teaching about extremism, terror, and radicalization, and citizenship education. In 2013-14, he held the First Georg Arnhold Research Professorship on Educating for Sustainable Peace at Georg Eckert Institute in Braunschweig, Germany. He has published widely including six books and over fifty articles and book chapters. His research has been funded by the SSHRC, FRQ-SC, Public Security Canada, Humboldt Foundation (Germany), and Georg Arnhold Foundation (Germany).