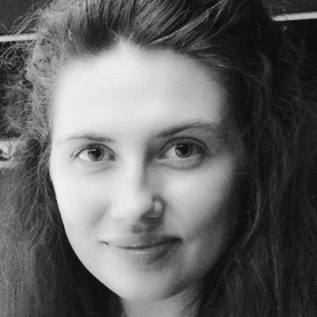 Iuliia Glushneva is a PhD student in Film and Moving Image Studies at Concordia University. She received her BA in History from Siberian Federal University (Russia) and completed her MA in Film and Media Studies at the University of Kansas (the United States) as a Fulbright scholar specializing in contemporary film theory and issues of phenomenology of spectatorship.

Her current research focuses on the unofficial film dubbing of pirated videotapes in the counties of the (post)-Soviet bloc in the 1980s and 1990s. While analyzing the historical/material conditions in which the tradition of the shadow dubbing was established and exploring the aesthetic and experiential values of the VHS voice-over, she considers this practice as a specific vehicle of migration of films, convention of transnational communication, and unique mode of subversive cultural production and consumption.

Thesis title: Voices of Videotapes: Informal Dubbing in Russia the 1980s and 1990s