A community mashup for members of the 2SLGBTQ+ network

Alumni and friends of the 2SLGBTQ+ community are invited to this fourth edition of Queer Homecoming.

This two-part event will feature something for everyone.

To kick off, Julie A. Podmore will explore how shifts in gender identity, culture, and interpretations of community are impacting urban neighbourhoods.

Then laughs are on the agenda as comedians and co-hosts of CBC’s Chosen Family podcast, Tranna Wintour, BA 10 and Thomas Leblanc, BA 14, perform on our virtual stage.

This event will be moderated by Concordia PhD candidate Gregorio Pablo Rodríguez-Arbolay Jr. 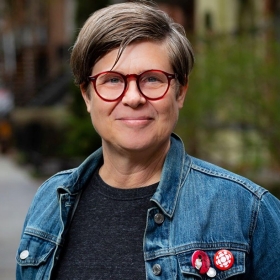 Julie A. Podmore completed her undergraduate degree in urban geography at the University of British Columbia (1988) and continued graduate studies at McGill University (MA 1994 and PhD 2000) and post-doctoral research in Urban Studies at UQAM.

From 2011-2015, she was a co-researcher with Diversité sexuelle, vulnérabilité et résilience, an interdisciplinary research team focusing on sexual minority youth and LGBTQ generations at UQAM. Her sustained research focus has been on the intersections between gender and sexuality in urban space, a perspective reflected in her publications on Montréal’s lesbian spaces and new research on "Queering Canadian suburbs".

At Concordia, she has taught many human geography and urban studies courses, but regularly teaches Urban Geography and Cities of Difference. In addition to lecturing at Concordia, Julie is a tenured professor at John Abbott College and a research associate of the Chaire de recherche sur l’homophobie. 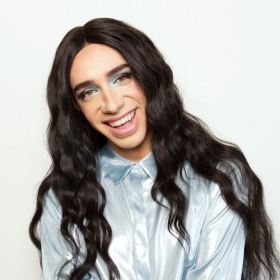 Tranna Wintour is an optimistic, spiritual, happy, raunchy, pop-culture-obsessed, fashion-hungry, transgender comedian and writer. She made her comedy debut at an open mic in Montreal, and since that fateful moment the lady has been unstoppable. With her unique brand of humour (and glamour!) Tranna has taken the comedy world by storm.

Tranna has been described by legendary comedienne, Sandra Bernhard, as “a candle in the window on a cold, dark winter’s night.” And Tranna shines that light wherever she performs.​ 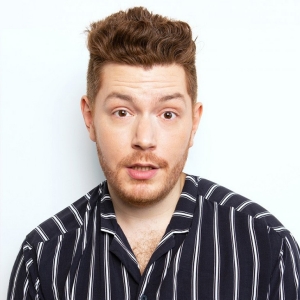 Thomas Leblanc is a writer, performer, and producer based in Montreal. After a decade in media and broadcasting, he dove head first into comedy, performing in both French and English.

With his creative partner, Tranna Wintour, he hosts the critically acclaimed podcast ​CHOSEN FAMILY​, in addition to multidisciplinary queer cabarets (​Sainte Céline​, Crystal Palace ​and ​Crazy Sexy 90’s​), which have played to sold out audiences at Just For Laugh’s OFF JFL. You can hear him ranting about culture on Radio-Canada’s ICI Première every week on ​Plus on est de fous, plus on lit​ and ​Pas tous en même temps (which are also available as podcasts).​ 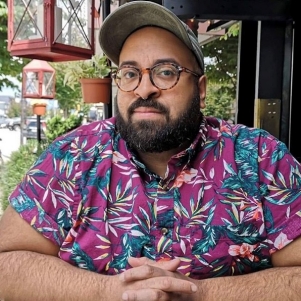 Gregorio Pablo Rodríguez-Arbolay’s interdisciplinary work in queer geography and visual culture aims to destabilize normative cultural discourses and political histories of race, sexuality, and nationalism in Québec since the 1960s. His upcoming dissertation is titled Margin/Mainstream: Race, Queerness, and The Ascendency of Proto-Homonationalism in Québec Film & Video.

Gregorio has also served as a lecturer at various secondary and higher ed institutions in the US and Canada. Originating from The Bronx (NYC), Gregorio now resides in Montréal.