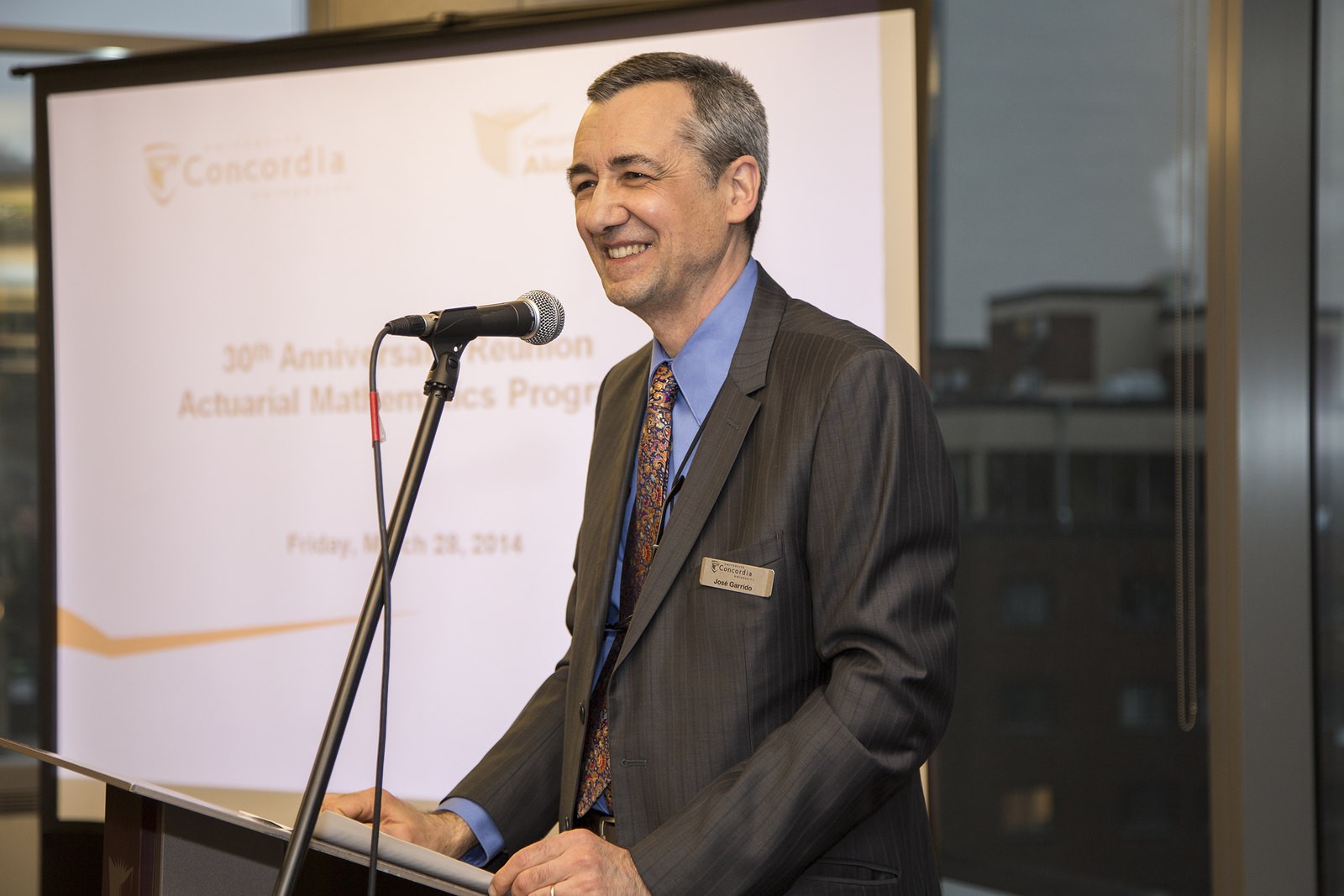 When José Garrido announced his retirement from Concordia’s Department of Mathematics and Statistics after 35 years of teaching, former students and colleagues joined forces to create an award in his honour.

The Actuarial Mathematics Award in honour of José Garrido was revealed during an emotional virtual retirement celebration on June 22, attended by nearly 120 friends, current and former students and colleagues. Event attendees donated more than $5,000 to the award, bringing the fund’s current total to an impressive $52,050.

“Professors such as José Garrido embody the best possible qualities that we look for in our faculty and are a big reason why our alumni remain engaged with Concordia,” said Paul Chesser, BA 94, GrDip 97, vice-president, Advancement, at the retirement event. “This award is a wonderful tribute and will serve to keep Professor Garrido’s legacy alive for many years to come.” 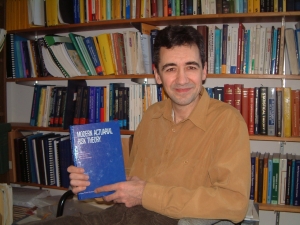 José Garrido posing with a textbook circa 2004.

A career to remember

More than a professor, Garrido has been a mentor, friend and inspiration to hundreds of actuarial mathematics students over three decades.

“He made the material come to life for me, more than any other professor had managed to do, and in his unassuming way, he restored my faith in my career choice,” says Francine Pell, BSc 88, a senior vice-president at LifeWorks Wellbeing Solutions.

After arriving at Concordia in the mid-1980s as an assistant professor, Garrido helped build the university’s Actuarial Mathematics program into one of the most respected in the country.

“José is who I would characterize as the epitome of the ideal faculty member — an outstanding teacher, researcher and administrator,” says Harald Proppe, professor and long-time colleague.

Proppe says he left the Actuarial Mathematics program to be an administrator around the time Garrido joined the faculty. It was a small program at the time, yet when Proppe returned after just a few years, “It was the most successful and important program in the entire department — and that was all José’s doing.”

An internationally renowned actuary and researcher, Garrido has published dozens of articles in top journals, served on the scientific committees of several major actuarial conferences and has held visiting positions at universities in Mexico, Spain, Australia and the United States.

He is also a past president of the Actuarial Section of the Statistical Society of Canada and past chair of the Canadian Institute of Actuaries’ Academic Research Committee.