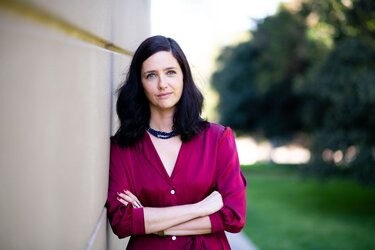 Title: What 907 court cases tell us about sexual violence in the workplace, and what they miss out? The Migrant Worker Rights Database, an empirical analysis

Abstract: A new evidence base, the Migrant Worker Rights Database, explores work-based violations against migrant workers in 907 tribunal and court cases. These cases were brought by migrants in Australia, Canada, the United Kingdom and the United States over a twenty-year period.  Both structural and demographic characteristics can influence the exploitation of immigrant workers. Gender is one such characteristic. While not the exclusive victims of sexual violence in the workplace, female migrants experience exaggerated rates of sexual harassment, sexual assault, sexual servitude and sexual-based trafficking, as evidenced by the Migrant Worker Rights Database. This paper addresses the overarching gender disaggregated trends from the Database across the four jurisdictions considered in the book (Australia, Canada, England and the State of California) and focuses in on the issue of sexual violence, asking what is the overall quantum of cases related to sexual assault, sexual harassment, sex trafficking and sexual servitude? Although we might expect migrant women to experienced higher rates of sexual violence than the reference population of non-migrants due to the vulnerability presented by visa status, in fact we identify very low rates of litigated cases and even lower rates of case success. Only 1.3% of cases fit into the sexual violence category. Drawing on feminist critical race scholarship, the paper provides qualitative examples from three key court cases to demonstrate the ways in which visa status and minority status can compound precarity to sexual violence for migrant women and the challenges this presents in litigation.

Anna Boucher is currently an Associate Professor in Public Policy and Comparative Politics at the University of Sydney. Her tertiary education is in political science, law and research methods at the University of Sydney and the London School of Economics and Political Science and she holds six qualifications in these fields. She is a former Commonwealth Scholar, University Medalist, Zeit Ebelin Bucerius Scholar in Migration Studies, Laffan, DECRA and SOAR Fellow. She has worked on key immigration issues including skilled immigration, migrants in the labour market, migration and unemployment effects, migration and diversity, population politics and immigration data. Boucher’s work is applied and she is a frequent media commentator and government advisor at state, federal and international levels on these topics. She has three books on migration topics, most recently Patterns of Exploitation: Understanding Migration Rights in Advanced Democracies (Oxford University Press, New York, 2022). She is an admitted solicitor of the Supreme Court of NSW, having undertaken her Diploma in Practical Legal Training at the College of Law, with a placement at Clayton Utz law firm (Sydney) in 2021, where she worked in the pro bono section. She is also a Research Stream Lead of the new James Martin Institute of Public Policy that drives policy initiatives across the Academy and the public service.  Boucher stands as an advocate for the DAWN network at the University of Sydney and a pro bono solicitor in civil claims against sexual assault.

Subscribe to this Google Calendar to add the dates of the Political Science Department Speaker Series to your calendar: https://calendar.google.com/calendar/u/0/rcid=NzZvOXJlYzJkcnA1OW8ydjNmbzVqaDhiZT