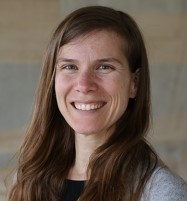 Short abstract: Resource transfers from developed to developing countries play a central role in international climate efforts. Countries are grappling domestically with how to transition, in part because key industries and their workers will be negatively impacted by mitigation policies. This paper investigates public opinion regarding compensation through international transfers. In samples from the United States, we explore decisions to invest in compensation domestically or for workers in India. We experimentally vary the cost of such efforts, with foreign transfers reflecting a cheaper route to achieving identical emissions reductions. We observe a home country bias, but find that support for international transfers increases when voters capture larger cost savings. In samples from India, respondents selected between a costly option that compensates domestic workers but requires proportional emissions reductions versus an option where the United States funds compensation but requires a greater than proportional reduction in Indian emissions. Respondents prefer the former.

Subscribe to this Google Calendar to add the dates of the Political Science Department Speaker Series to your calendar: https://calendar.google.com/calendar/u/0/rcid=NzZvOXJlYzJkcnA1OW8ydjNmbzVqaDhiZTBAZ3JvdXAuY2FsZW5kYXIuZ29vZ2xlLmNvbQ