Concordia’s Faculty of Commerce became the John Molson School of Business following a generous donation from the Molson family and the Molson Foundation in November 2000. The school proudly bears the name of the entrepreneur, John Molson, (1763-1836). He was an innovator and philanthropist whose contributions to Montreal have left an indelible mark on the city's history. 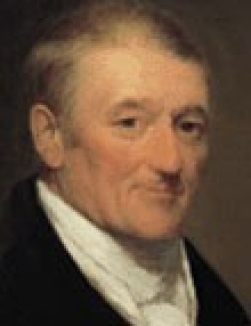 Born in Lincolnshire, England in 1763, John Molson was the eldest son of a farmer. At age eighteen, due to an illness requiring sea air, he embarked on an ocean voyage to the New World.

At a time when Montrealers drank wine, he founded and developed a thriving brewing business on the banks of the St. Lawrence. He founded one of the first commercial steamship enterprises and the first railway, developed one of Canada's first banking businesses, and built Montreal's first luxury hotel.

He built the city's first theatre, helped found the Montreal General Hospital, and sat on the Lower Canada Legislative Assembly.

Learn about Concordia University's history
Back to top