Space Concordia reaches for the stars thanks to generous gift 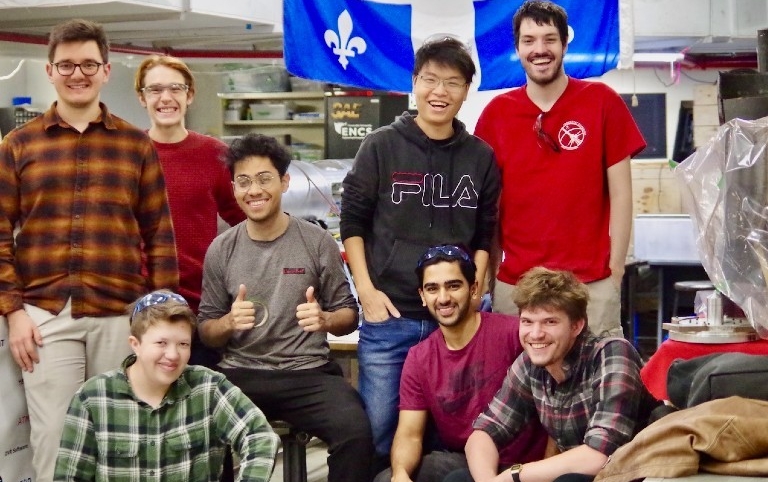 When you’re a group of university students trying to build — in the basement of Concordia’s Henry F. Hall Building — Canada’s largest, most advanced and powerful rocket ever, any offer of help is more than welcome.

For Space Concordia, the multidisciplinary Concordia student society that challenges its members to develop space and aerospace projects, a $37,000 gift-in-kind from the specialized industrial equipment supplier Groupe Swagelok Québec was a force multiplier.

The latest support to the Campaign for Concordia: Next-Gen Now meant the high-performance space and aerospace squad could build an essential test stand for their rocket engine — a beast that produces at least 9,000 pounds of thrust — more powerful than Space X's first-stage rocket engine. A successful test in the summer of 2021 set a world record: the largest rocket engine ever designed, built and fired up by students.

“I know the song,” says André Ouellet, president of Swagelok Québec. “I know how tough it is to get some funding, some parts,” especially in something as complex as rocketry. For Ouellet, making the donation of various bits of precision equipment — valves, fittings, pressure regulators, gauges and flexible hoses, as well as technical support — was a way of sharing vicariously in the students’ passion and dreams.

As an engineering student at Université Laval and then a management student at Université de Sherbrooke, Ouellet was familiar with the uphill climb students face when seeking funding for ambitious projects. He says he’s “a passionate guy” who appreciated the students’ own daring and ingenuity. 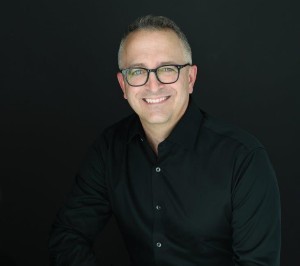 André Ouellet is the president of Groupe Swagelok Québec.

‘What they’re doing is super complex’

Space Concordia’s motto — ad astra per doctrinam, or “to the stars through teaching” — captures that spirit of science-infused passion for space that has inspired generations of astronauts, engineers, stargazers and pop-culture space icons from Carl Sagan to Neil deGrasse Tyson. The difference between your average Star Trek cosplayer and the group’s 200 members being, of course, that they’re actual rocket scientists. The group’s flagship rocket is called StarSailor.

From the start, the Space Concordia rocket project captured Ouellet's imagination — he doesn’t say yes to every student organization that comes calling. “Wow!” he recalls thinking. “That’s cool! It’s right in my world, I think I can make a little bit of a difference for these students. I think it will build their confidence. What they’re doing is super complex.”

Ouellet started working for Swagelok Québec in 1994. He was just out of university and there was a recession on. He worked as a technical representative, moving up the ranks and then, in 2000, stepped away to work as regional sales director for what was then Gaz Métro, until 2008, when he returned to Swagelok as vice-president of sales and marketing before becoming director-general and then president.

The company is an independent distributor and custom fabricator of fluid system products, assemblies and services for the oil and gas, chemical and petrochemical, semiconductor and transportation industries generated by a company of the same name based in the United States and in business throughout the world. 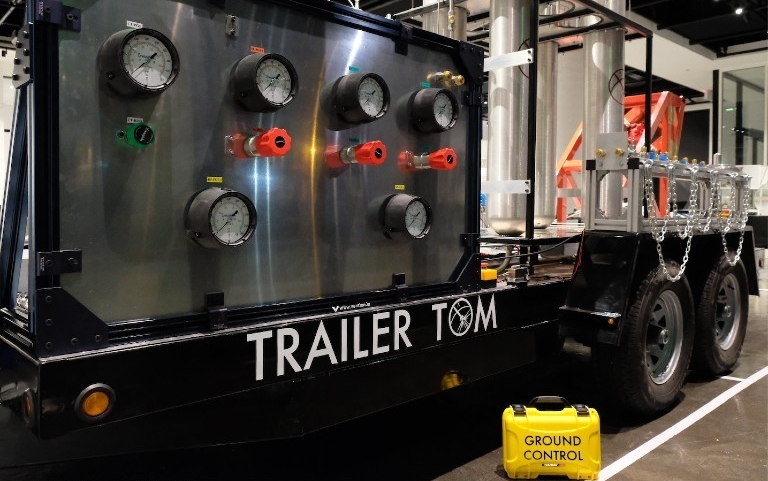 As for StarSailor, it might be the first thing Concordia puts into space, says Oleg Khalimonov, a mechanical engineering undergrad, who is team captain on Space Concordia’s rocketry division and its chief rocket designer. Khalimonov has been immersed in the project since it began in 2019, a year after the team won first place in two categories at a competition that included student engineers from Stanford, the Massachusetts Institute of Technology, the California Institute of Technology and McGill University.

StarSailor is designed as a sub-orbital rocket, so can’t put anything into orbit around the Earth, but it does have a 65-kg payload capacity and is designed to travel 135 kilometres up into space (the International Space Station orbits at about 400 km).

About 500 students have been involved in the project, Khalimonov says. The team has not only built a test stand and the 15-metre tall, 800-kg rocket itself, but Big Ben, a 25-metre tall mobile launch platform and tower that will let the team launch from almost anywhere. And a launch, possibly as early as the summer of 2023, is in the works.