‘Concordia was where my dreams turned into plans’ — Paul Haddad and family give back to university by funding student scholarships and bursaries
|
By Joanne Latimer, MFA 94
Source: University Advancement

Rising at 3 a.m. each morning to work at a bakery, Paul Haddad, BEng (electrical eng.) 94, struggled to make ends meet as a university student. 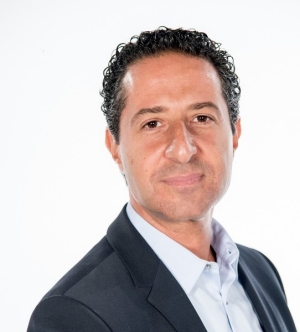 After his shift at the bakery ended, he sorted mail at Canada Post until 2 p.m.

“That gave me a couple of hours to relax at Concordia before classes started in the afternoon,” recalls Haddad, from his home in Atlanta. “In that precious block of free time, my ambition took shape. Concordia was where my dreams turned into plans.”

Haddad’s plans came to fruition — and some. He began his professional career as an electrical engineer and became a successful entrepreneur, culminating in a recent shift to investing and executive advising of companies in communications, data analytics and advertising technologies.

Haddad is now giving back by supporting students at the Gina Cody School of Engineering and Computer Science.

Thanks to a $100,000 gift to the Campaign for Concordia: Next-Gen. Now, the Paul Haddad Bursary in Electrical and Computer Engineering will provide two bursaries of $5,000 each year to undergraduate students.

The Haddad Family Scholarship will fund five scholarships of $2,000 each year to top students in the undergraduate Computer Science program.

“Electrical engineering and computer science are difficult subjects that require dedication,” says Haddad, who speaks five languages. “If I can alleviate some financial burden for students worrying about making their rent and paying tuition, that’s something I’m going to do.”

In addition to financial support, Haddad will offer mentorship to help guide students and open doors for their employment.

“I’ve coached over 150 professionals during my career and none of them had early mentorship when it mattered the most,” he explains. “You need to adopt a career development mindset, learn emotional management and know how to navigate your ambitions as early as possible in order to increase your chances of success.” 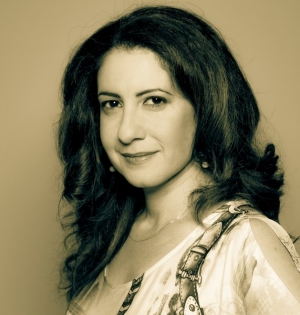 Paul’s sister May could not agree more. She also worked at the bakery while attending Concordia before studying fashion at LaSalle College. In 2012 she launched a successful womenswear line called Mia More after a long career in fashion design.

“Paul, my sister Naila and I come from a close-knit family that puts the emphasis on education, making the best life for yourself and helping others,” says May Haddad. “It takes forethought and guidance when you’re young.”

Paul Chesser, BA 94, GrDip 97, vice-president of Advancement, appreciates the family’s commitment to their alma mater and to helping students.

“The Haddad family’s generous gift provides a strong support structure for student success,” says Chesser. “Their scholarships and bursaries for the Gina Cody School will inspire the next generation of engineers and computer scientists.”

‘My family lost everything’ 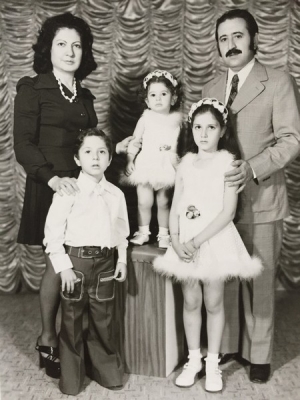 The Haddad family pictured in Lebanon in the 1970s (from left to right): Josephine, Paul, May, Naila and Simon.

The Haddads are originally from Lebanon. Their father had no formal education, yet he worked as an accountant to put his children through the best private school in the country.

“It was a big sacrifice. Our parents’ dream was for us to go to college,” adds May Haddad. “We came from a very humble background, but what we lacked in finances, we had in love, culture, ambition and values.”

War in Lebanon brought tragedy to the family. Their grandfather was killed in a bomb explosion, their apartment got its share of war damage and they escaped physical harm repeatedly by sheer luck.

“There was so much death, so many massacres. My family lost everything, like many Lebanese families did,” says Paul Haddad, who left Lebanon in 1987 with $200 and a ticket to Montreal. “My parents told me to work hard and do everything possible to bring my sisters over. By 1990, everyone was in Canada and had to face the difficult reality; we had to start from nothing, so we had nothing to lose.”

Yet he remembers the temptation to forego higher education in order to earn fast cash in Canada.

“Education seemed like a luxury when five family members were living together in a two-bedroom apartment with one bathroom,” he recalls. “We lived like that for eight years. It was a hard decision but it was the right decision — no question.”

From electrical engineer to entrepreneur 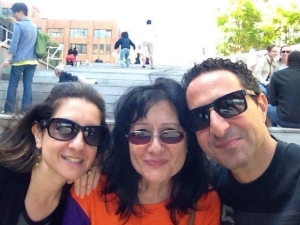 Siblings May, Naila and Paul Haddad at a recent reunion.

Paul Haddad was fascinated with computers and realized that a foundation in electrical engineering was essential to work in the field. He chose Concordia, where he met the late Jaroslav Svoboda, an engineering professor Haddad credits for putting him on the path to success.

“Professor Svoboda fuelled my entrepreneurial ambitions by telling me stories about Bill Gates, Steve Jobs and Steve Wozniak [LLD 11],” says Haddad. “Then he taught me something very valuable. He said that I needed to work and succeed in a big company at the beginning of my career in order to be trusted, to become known, to get global experience and to gain credibility.

“He gave me that valuable career planning mentality and asked me to be patient, but not to give up on my entrepreneurial ambitions.”

Haddad followed suit, rising through the ranks at Nortel. After nine years in leadership positions, he left to co-found Solusia, an information management software provider focused on the wireless industry.

Next, he served as senior vice-president and general manager at various companies, including Concurrent, in global media data and advertising solutions, and Cablevision Media Sales, in advanced data analytics.

While holding several patents in advanced data and information management systems and bandwidth exchange technology, Haddad branched out again. He founded a4 Media for Altice USA, in 2016. He turned his vision of this data-driven advertising technology business into a profitable company with over $350 million in yearly revenues.

Haddad is now a full-time investor and executive advisor in the technology and communications industries. He also serves on boards, collaborates with private equity and venture capital firms, and continues to grow his personal investments and advisory portfolio, including The GEM shopping Network, Simetric, Brightline, Plingo and Fourth Wall Media.

“The foundation of my career plan came from Concordia, from Professor Svoboda and from my family,” says Paul Haddad. “I had a support system to guide my journey and I’d like to do the same for others.”