Eric Reiter’s book is the ‘the first legal history of emotions in Canada’
|
By Taylor Tower
Source: Faculty of Arts and Science 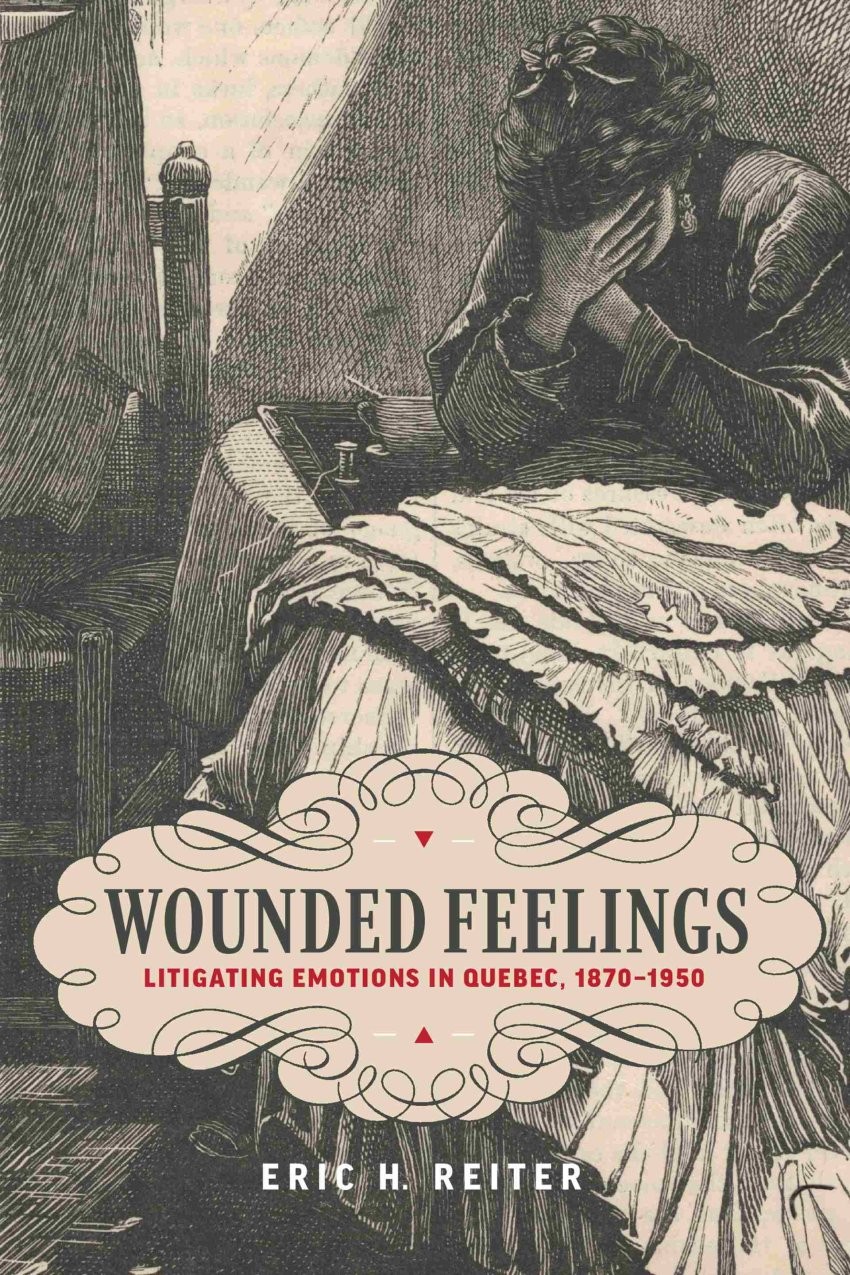 The prize is given to the non-fiction work of Canadian history judged to have made the most significant contribution to an understanding of the Canadian past.

An associate professor in the Department of History and director of the Law and Society program, Reiter’s book examines the rich emotional history of Quebecers as they navigated feelings of shame, disgrace, betrayal and more in the legal system of the late nineteenth to mid-twentieth century.

“This focus on the intimate details of his subjects’ lives is balanced by a careful attention to the broader social landscape of Quebec,” reads the official announcement from the Canadian Historical Society.

“Representative cases are situated within the context of contemporary understandings of family, gender, class, language, race, and emotions themselves. A beautifully written, thoughtful, and mature work, Wounded Feelings will have a powerful influence on future studies of Canadian society, culture, emotions, and jurisprudence.” 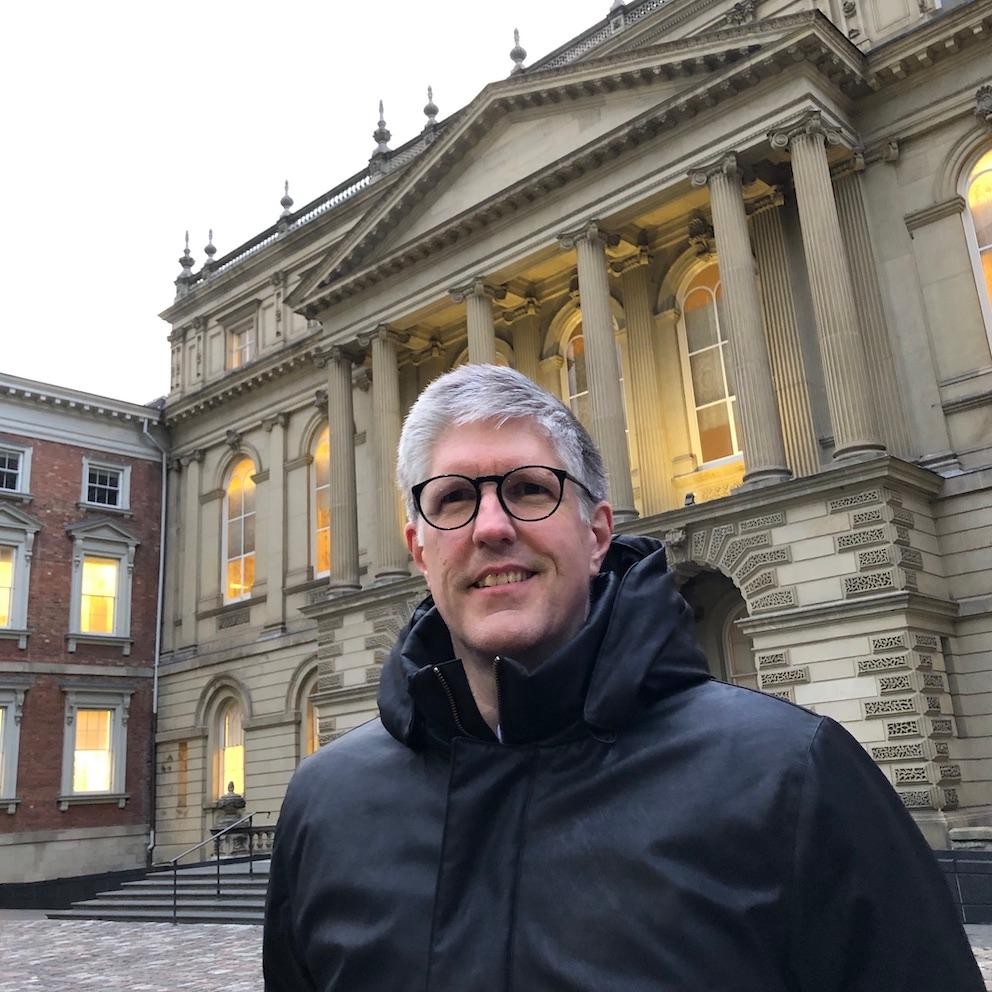 What inspired you to pursue this subject?
Eric Reiter: It actually started as a very different project, as often happens. Eventually, as I was working with unusual legal cases in which people were suing over what is called “moral injury,” I realized that the common element was that all the cases were all about people’s emotional injuries – their offended honour, their grief, their sense of betrayal. These were cases that were about emotions, so they provided rich evidence of feelings to work with. Also, an important part of the project was getting into the archives to work with the behind-the-scenes documents in each of the cases. Witness testimony was especially important, since it preserves the voices of people in the past discussing their emotions or their reactions to other people’s emotions.

Considering this is the first book to combine legal history with the history of emotions, did you find it difficult to know how the work would come together as you were writing?
ER: Once I started focusing on the emotions, I knew the book had two stories to tell. One was historical: how did people think about and talk about emotions? The book tells detailed stories about the people involved in the cases, to get at individual experiences of emotion. That in turn raised questions about how factors like gender, race, and social class affected the experience of emotion. The stories behind the cases took me in fascinating directions: a Black man’s exclusion from a Montreal theatre in the 1890s, a wealthy woman being harassed by a conductor on a train, families trying to prevent autopsies of their loved ones, and lots of others. The second story was legal: how does a legal system based on rational argument and strict rules of evidence deal with subjective feelings? The answer to that question is that wounded feelings were eventually turned into violated rights. That allowed (and still allows) the courts to slot feelings into more objective categories, but it meant that personal experience tended to be downplayed and the focus came to be on what was reasonable. That’s not necessarily a bad thing – there were certainly some questionable judgments in my sample! – but it does show a shift away from the personal and the subjective in law. We might be seeing it starting to shift back, at least in some areas.

Can you share your perspective on why history is important to understand on a nuanced level beyond dates and a handful of names?
ER: As a historian, I think history is self-evidently important! We learn about ourselves and our society by looking at continuities and discontinuities with the past. For example, something that came out of almost all of the cases I looked at is the way honour and propriety were used to frame people’s interactions. Today we seldom use those terms – similar situations today bring up words like respect or dignity. On the other hand, cases involving betrayal and grief seemed much more familiar to me as a 21st-century scholar.

I’m also a lawyer, however, and in law a historical perspective is particularly important. Law can seem timeless, but that view can be dangerous. Laws and legal principles have pasts, and the law we have today is not the only possible law – it tends to privilege the interests of those social groups with power and influence. As I tell my students in my law and society classes, law is what we make it, and understanding its past is important for shaping its future.

In September 1869, a cause célèbre fascinated Montreal legal observers and the general public alike. Mary Sophia Grange sued wealthy auctioneer James Benning for the exorbitant sum of $40,000 for breaking off their engagement. The couple had been engaged for about three months and at first all seemed fine, despite the significant age gap (she was twenty-four, he was forty-seven) and Benning’s previous marriage having ended in divorce. They had even visited the studio of William Notman, Montreal’s premier society photographer, to have their portraits taken. When Benning heard rumours that his fiancée was in love with someone else, however, he changed his mind. He quickly sent her a letter calling off the wedding but expressing his wish that they might remain friends, and then hopped on a ship for England that same evening. The case was one of Quebec’s earliest breach of promise actions after Confederation and had all the makings of a news sensation (or a
Gilbert and Sullivan operetta): a sympathetic and attractive orphan as plaintiff, a rich and roguish divorced man as defendant, a ship’s captain as alleged paramour, love letters read out in open court, and high-powered legal counsel on each side. The lawyers wrangled over the morality of treating a betrothal like any other contract, but what the case really hinged on was whether there had been any damage. And for that, the focus was on Grange’s injured feelings: did they exist in fact, should the law recognize them, and what if anything were they worth?

Analysing those issues required the different participants in the case to move back and forth between different registers of discourse: subjective and objective, social and legal, narrative and normative. We cannot say for sure what Sophia Grange really felt. Her claim was an assertion of her emotions, but when turned (by others) into the dry lawyerly language of the declaration instituting her case, it became that she “hath been grievously wounded in her feelings, and hath, moreover, been greatly injured in her good name and reputation.” In her testimony, which was limited to written answers to agreed-upon questions, since at the time parties could not give oral evidence in support of their own case, she simply repeated this formula.

The others involved in the case were certainly not privy to her inner feelings, but all were ready to assess those feelings nonetheless, drawing on their own experiences of or assumptions about what a young woman who had just been jilted would have or must have or should have felt. The defence, of course, played down the claim. “The period of her engagement,” Désiré Girouard argued to the jury, “was so short that she had hardly time to enjoy the satisfaction of having formed it; and scarcely anybody can believe that so short an interval was sufficient to stamp upon her heart such profound affection for the Defendant.” He added, confidently asserting common knowledge, “In social life the quarrels of lovers are natural and ordinary events; they leave behind them no trace of material injury.” Witnesses disagreed. Grange’s guardian testified that after the break-up the formerly vivacious fiancée “was sick and looked downtrodden, she had no ambition, no spirit,” while a long-time acquaintance said, “She looked like death. I thought she was going into consumption.” Even one of the defence witnesses admitted that though there had been no material injury, “physically and morally” he was sure she suffered. Grange’s lawyer, Bernard Devlin, brought in his own version of common sense and played up to the men in the jury how natural for a woman were the emotions involved: “I cannot open plaintiff’s breast and tell what her inmost feelings were. I was not by her side when she received the insulting message of the 5th of June [breaking off the engagement]; but I can imagine the state of her feelings, and so can you, gentlemen.” The public in the courtroom – a more female than usual crowd – agreed with Devlin and briefly applauded his summation. A few days later, however, one “Hermione,” writing in a Trois-Rivières newspaper, claimed to understand Grange’s feelings while questioning her motives: “When the heart joins itself to a man worth $100,000, it is easy to understand that a breakup would cause a deep and quite bitter sorrow.”

As for the decision-makers, the jury put a value of $3,500 on Grange’s wounded feelings. On appeal, the Court of Queen’s Bench upheld both the verdict and the injured feelings Grange claimed. To do so, they had to balance legal rules with their own sense of the applicable social norms. In assessing an act such as Benning’s, Justice William Badgley wrote, “The usages and customs and feelings of society come in to give them a definition, and hence modern life does not consider an act such as this reputable, it does not admit it to be allowable, but stigmatizes it as a wrong to be redressed.” And righting that wrong required not just compensating the material outlays she had made in preparation of the wedding, but also redressing her “wounded feelings” as a result of the “social slander thrown over her by her promised husband’s declaration of refusal.”

Wounded Feelings is a legal history of emotions in Quebec, a study of cases in which people sued others over their emotional injuries. I use the fluid idea of moral injury to explore the often uneasy interactions between emotional subjectivity and the rational world of the law. Cases like Grange v. Benning highlight the messy but revealing ways in which life and law intersected. Plaintiffs who blamed their dishonour or grief or betrayal on the wrongful actions of another took their stories to lawyers who shaped them into narratives that were compelling but at the same time met the requirements of legal categories. On the other side, the defence tried to fashion its own account of why the alleged feelings were overblown or unreasonable or otherwise not actionable. Judges, in the end, had to apply legal frameworks that were ever evolving, shaped as they were by judges’ own understandings of the social norms that informed the rules. This back and forth between the subjective and the objective, between assertions of self-evident obviousness and counter-arguments of self-interested unreasonableness, provides a window into the cultural and social assumptions behind the law and at the same time sheds light on social understandings of emotions. In other words, this book is about the human dimension of law and the sometimes awkward fit between human stories of injury and the legal categories and recourses available at a given time and place. Hard cases may make bad law, as the adage goes, but for the historian they reveal points of fissure and slippage between a highly formalized legal system and society, as litigants, lawyers, and judges pushed at the edges of categories to try to accommodate unusual situations that did not quite fit.

Find out more about the Law and Society program in the Department of History.