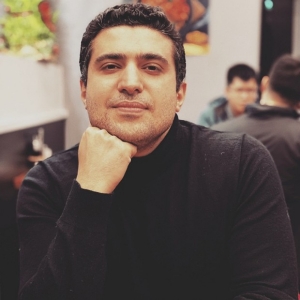 "My goal was to make the best product at the cheapest rate. And I think we achieved that,” says Borna Hajimiragha.

Borna Hajimiragha, MEng 12, had always wanted to start his own business and was looking for something the world needed.

Through connections he made at Concordia while earning his master’s degree in mechanical engineering, he not only found his focus, but also started on a pathway that led to his founding of B&B FRP Manufacturing Inc. The Toronto-based rebar company employs more than 50 people and offers an improved version of an in-demand construction material.

Starting at Concordia in 2009 after earning his undergraduate degree in Cyprus, Hajimiragha’s first step on his business journey was to talk it over with his family. His father offered support for a business, and his brother, a civil engineer, said he had heard a lot of positive news about composite materials. The next step for Hajimiragha was to visit one of his professors, Suong Van Hoa, who had been working on composite materials since 1979.

“I knocked on his door in late 2009 and I said I’d like to find an opportunity in the construction industry using composite material,” says Hajimiragha. “That's where Dr. Hoa said, funnily enough, that he had some funds available to work on composites, rebar and concrete. So I started doing research and testing, looking at different manufacturers and current bars in the market.”

The research eventually led to using a pultrusion machine at Cégep de St. Jérôme, to start testing materials. “I learned a lot by doing my own research. We had a fairly successful test run of the first bendable rebar on the market,” says Hajimiragha.

After graduation, Hajimiragha had just moved back to Toronto where his parents lived, when he got a call from Hoa recommending him for a job with a company looking for someone with pultrusion machine experience back in Montreal. Hajimiragha jumped at the opportunity. The company’s smaller size allowed him to gain hands-on experience, and after two years, he decided he was ready to start his own business.

The results are products branded MST-BAR® and MFX-BAR® and offer what Hajimiragha calls a fully threaded rebar. “That's really what differentiates our product; it has the highest stiffness of any rebar on the market, as well as the highest bond to the concrete,” he says, noting that the latter is a particular game changer in his industry.

Looking back, Hajimiragha says Concordia helped him to get where he is today. “The master’s degree provided a great opportunity for me to learn what I like and what I don't like. It really gave me the backbone of what I created,” says Hajimiragha. He adds that in a practical sense, he discovered that he wanted to create mass products, and that he also realized the strategic need to choose a field where there was room for innovation.

Concordia also gave him a mentor in Hoa. “It was definitely my lucky day, walking into his office, because he gave me a tour of the lab and it was an eye opener for me to see how composite material is so unique. The first time I went to his lab and I saw automated fibre placement — I mean, my jaw dropped,” recalls Hajimiragha.

Now a successful business owner, Hajimiragha says that his advice for current students is that they have to make an effort to translate their decision-making into success — advice he credits to Hoa.

“Make a decision and don't give up on that idea,” says Hajimiragha. “Regardless if that decision is right or wrong, if you work hard you can make it right.”