The prominent Quebec business leader and philanthropist caps eight strong years at the helm of Concordia’s Board of Governors
|
By Joseph Leger, BA 15
Source: University Advancement 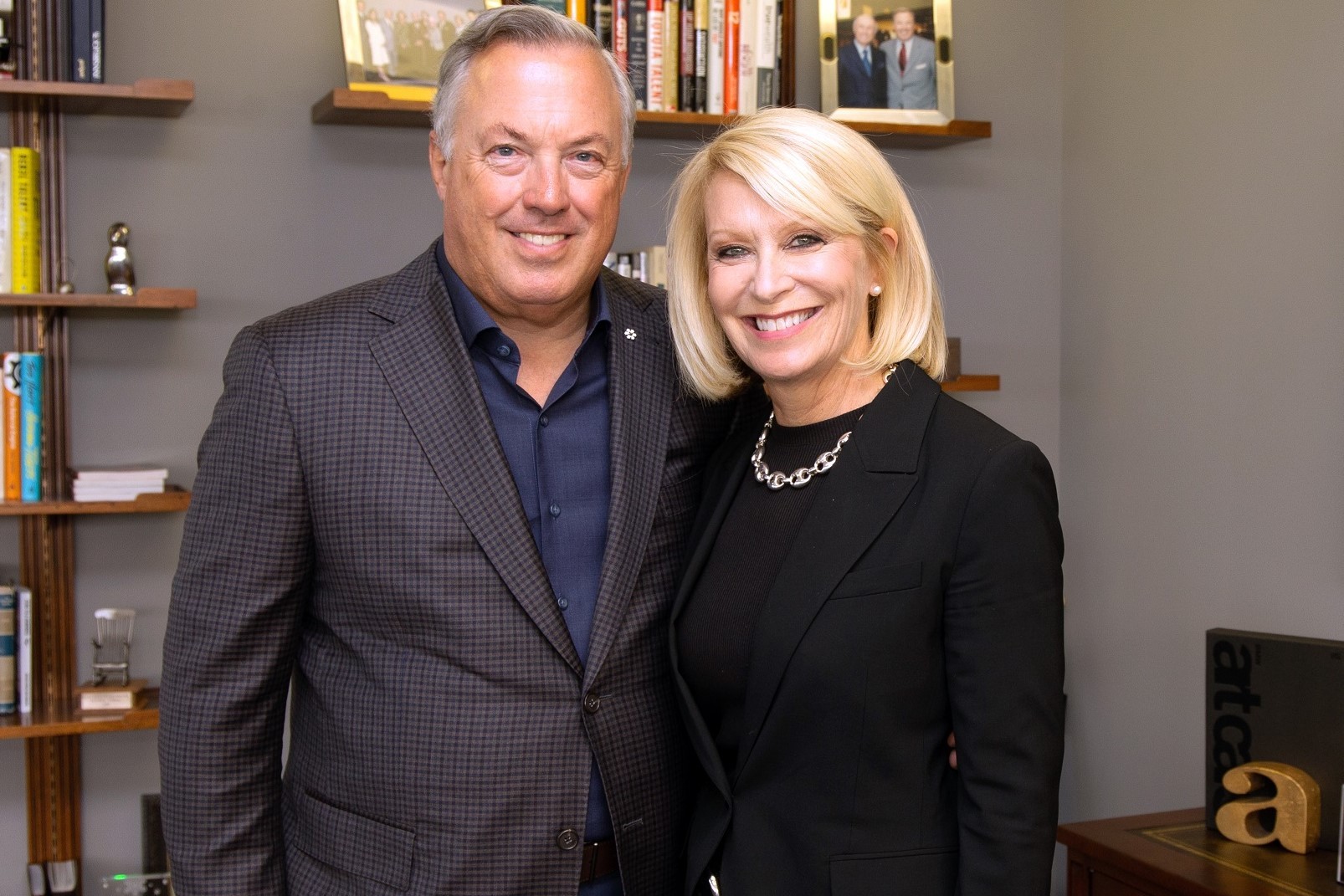 Norman Hébert Jr., BComm 77, and his wife Diane Dunlop-Hébert, BComm 82, are both longtime supporters of the university.

University leaders and members of Concordia’s Board of Governors gathered for a virtual celebration on June 18 to bid farewell to Norman Hébert Jr., BComm 77, as he ends his term as chair of the board, a position he has held since 2012.

“I want to thank Norman for his extraordinary contributions to Concordia, which extend well beyond his years as chair of our board,” says Concordia President Graham Carr. “He and his family have been longtime champions and supporters of our university.”

“Norm brought great business acumen, knowledge of government relations and governance experience to his role as chair, leading the university through some of its most dynamic years — and he did it all with his characteristic cool-headed composure, tact and humour. I hope we can find other ways to stay close to Norm in the future.”

Hébert Jr., who is president and CEO of Groupe Park Avenue Inc. and a member of the Order of Canada, looks back on his tenure with satisfaction and optimism.

“I’m proud of what we have accomplished over the past eight years. Concordia has established itself as a top academic institution, not just in Quebec and Canada, but internationally. This is reflected in everything from student applications and faculty recruitment, fundraising and alumni engagement, to how the media talks about us — there’s a great buzz about Concordia.”

Hébert Jr. served two mandates as chair of Concordia’s board, with his second term extended two years to June 2020. During this time, he oversaw several important initiatives and expansions, including the award-winning District 3 entrepreneurship incubator, one-of-a-kind 4TH Space, the historic Gina Cody gift, construction of the new $62-million Applied Science Hub on the Loyola campus and the launch of the Campaign for Concordia, the university’s most ambitious fundraising effort to date.

“What Norman has managed to achieve during his mandate has been truly impressive,” says Jonathan Wener, BComm 71, Concordia chancellor and Chairman of Canderel. “The university has incredible momentum and that’s in no small part thanks to Norman’s leadership and vision. It has been a privilege and an honor serving alongside him.”

Hébert Jr. says that Concordia is in strong hands with President Graham Carr and incoming chair, Helen Antoniou, and he believes the university’s momentum will continue to grow in the coming years.

“I think the future is very bright for Concordia,” he says. “We are a young university with a next-gen mentality that thinks about the future. We don’t rest on the laurels of our past achievements. I think that bodes very well for the university over the next 20 to 30 years.”

Board of Governors Campaign for Concordia