Three members of the Concordia community were recently recognized with the Order of Canada, one of the highest civilian honours for extraordinary contributions to the nation.

Mary Simon, Governor General of Canada, announced 99 new appointments, three of them promotions within the Order.

Congratulations to these distinguished Canadian leaders with Concordia connections: 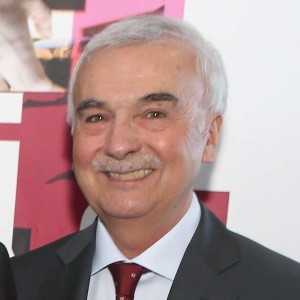 “For his significant contributions to his community and to educational institutions as a teacher, development leader, administrator and volunteer.”

A lifelong advocate for his alma mater, Don Taddeo held several positions in his quarter-century career at Concordia. Among them, he taught communication studies for 15 years, served as dean of what is now the Gina Cody School of Engineering and Computer Science and as co-chair of the university’s first capital campaign in the late 1990s.

Taddeo later led the McGill University Health Centre Foundation as president and CEO for nine years before becoming vice-rector of Development and Alumni Relations at Université de Montréal. He is now assistant to the president, Planning and Development at Loyola High School in Montreal.

Dedicated to community, Taddeo is a board member at Villa Sainte-Marcelline school, the Saint Joseph's Oratory of Mount Royal Foundation and Orchestre Métropolitain. Over the last four decades, he has served on numerous boards, more recently at the Quebec Special Olympics and MAB-Mackay Foundation, and as chair at Marianopolis College. 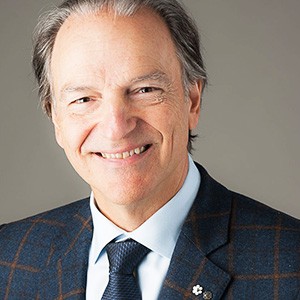 Officer of the Order of Canada

“For his long-standing contributions to the gold industry and for his transformative philanthropy, notably in support of the arts and education.”

One of the world’s most well-known gold investors, Pierre Lassonde co-founded Franco-Nevada Corporation with Seymour Schulich in 1982. After 20 years of steady growth, the company was acquired by Newmont Corporation in 2002, with Lassonde taking over as president and vice-chair in 2007. He is the author of The Gold Book: The Complete Investment Guide to Precious Metals, an acclaimed investors’ guide first published in 1990. He also served as chair of the World Gold Council from 2005 to 2009.

A passionate supporter of higher education and the arts, Lassonde was named chair of Polytechnique Montréal’s board of directors in 2020 and has served as chair of the board at the Musée National des Beaux Arts du Québec. He is an avid collector of Canadian art.

Lassonde was first appointed as a member of the Order of Canada in 2002. He has received numerous awards and several honorary doctorates, including from Concordia in 2016. 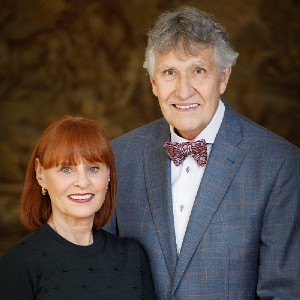 Officers of the Order of Canada

“For their long-standing support for the arts in Canada, with a special focus on dance excellence.”

Gerald Lozinski and his wife Joan are long-time supporters of the arts in Canada. Their generous philanthropy has benefited the National Ballet School, National Ballet of Canada, National Arts Centre, Art Gallery of Ontario, as well as the University of Toronto and Concordia, among many other organizations.

Department of Theatre professor Menka Nagrani, one of 114 Order of Canada inductees appointed in 2020, was finally able to attend her investiture ceremony on November 3, 2022. Nagrani was honoured for her decades of work to create a safer space for artists with disabilities.