‘I want to help students who were like me’: Meet Campaign for Concordia donor Michael Dufort

Inspired by the opportunity Concordia gave him, the graduate has donated more than $60,000 to support students
|
By Ian Harrison, BComm 01
Source: University Advancement 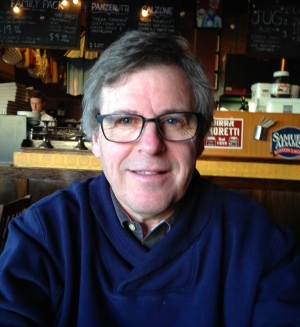 In gratitude for the career his Concordia education made possible, Michael Dufort, BEng 85, has committed more than $60,000 to support students at the Gina Cody School of Engineering and Computer Science.

This generosity, most recently demonstrated by a gift of $25,000 to the Campaign for Concordia, is a humble attempt “to pay it forward and help students who were like me,” says Dufort, who for decades has worked in the refrigeration industry as a representative for freeze-dryer manufacturers.

The Montreal native’s path to university graduate was atypical and largely enabled, he acknowledges, by the steps Sir George Williams University, and later Concordia, took to accommodate a broad spectrum of students.

At Sir George — the institution that merged with Loyola College to become Concordia in 1974 — those steps included an extensive curriculum of night courses that sustained students who had to work day jobs to finance their education.

Dufort was one of those students. Raised working class in the neighbourhood of Park Extension in the 1950s and 1960s, he attended a large English high school that he says ill-prepared him for life in the real world.

“I remember learning Latin and wondering what I would ever use it for,” Dufort wryly recalls. “It was a big school, almost like a factory, and I was sort of lost in the shuffle.”

A taxing summer job at Canadian Pacific Railway eventually stoked his interest in how machines were built and designed, but Dufort, the middle of three children, knew that his divorced parents couldn’t afford to send him to engineering school. His mother, a secretary, and his father, a jazz drummer who played with Oscar Peterson and held down a job at Canadair, simply didn’t have the means.

“Thank god for Sir George,” says Dufort, who enrolled at the university in 1968. “The university let me take all of the prerequisite courses I was missing, like algebra and calculus, and at night, too. That was huge because I had to work to pay my fees and expenses.”

As he pursued his studies in mechanical engineering, Dufort found time to write for The Paper, which was published by the Evening Students Association of Sir George from 1968 to 1973.

He also realized that without a strong command of French, his career options in a rapidly evolving Quebec were limited.

For much of the 1970s, then, Dufort took a reprieve from his undergraduate degree to work in Ontario. When that opportunity didn’t pan out as expected, the newly formed Concordia was there to welcome him back.

“I returned to finish my engineering degree in the early 1980s and it was like I never left,” Dufort says. “I was a lot more motivated because of the maturity I had gained and the fact that I knew what kind of career I wanted to have in the refrigeration industry.”

More than a decade and a half after he started it, Dufort completed his degree at the age of 35.

His enduring support for his alma mater is all about helping new generations of students prove that they have what it takes, too, he adds.

“I just want to pay it forward, you know? Concordia gave me so much, and now it’s time for me to give back.”