One of the most common objections synthetic biologists confront in their work is that they are essentially dealing with technology that suffers from all the same problems as genetically modified organisms (GMOs). 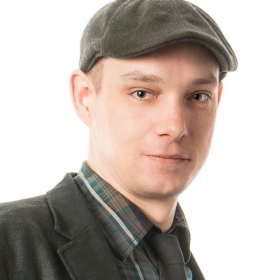 Brandiff Caron, assistant professor and associate chair of Concordia's Centre for Engineering in Society, says researchers in the field often believe this is an unfair comparison, with many of them arguing that it is the public who has an irrational fear of the unknown around GMOs. This claim, he contends, simply highlights how experts misunderstand the complaints individuals have with genetic engineering.

“The numbers show pretty clearly that people don’t necessarily believe that genetically modified organisms are directly dangerous to a person’s health,” Caron explains. “Most people are aware that the cross-breeding of plants and species have been happening for centuries – they’re not necessarily new. What is new is the consolidation of the power to use these kinds of technologies into the hands of a very few huge conglomerates.”

Rather than having false impressions about what is happening from a technical perspective, Caron thinks the concerns detractors have around GMOs often have more to do with the business and corporate practices that frame the field. “I think those are perfectly justified and legitimate considerations,” he says. “Right now, a lot of those legitimate complaints about genetically modified organisms simply don’t apply to synthetic biology".

Within the area of synthetic biology, Caron sees a lot of open questions in which researchers are hoping to learn from past mistakes and improve how the production of science takes place. He notes that synthetic biologists still have time to define the relationship between the users and producers of new technologies, and identify ways to diffuse their work to the rest of society.

“It’s a really exciting field to work in – that’s why I’m here.”

‘We’re well placed to be leaders in the area’

Caron examines the public policy, social and ethical factors that shape people’s relationship to technology at Concordia’s Centre for Engineering in Society. He says the centre has an exceptional design that differs from many other institutions across the country.

“All scientists and engineers need ethics and communication training. What happens is that in just about every other Canadian university, institutions outsource these subjects to other areas, such as the philosophy department,” Caron explains. “So, they go take a generic ethics course – as well as a writing course – that’s meant for everybody.”

“We’re really well placed to be leaders in the area of looking at this work in progress that is synthetic biology."