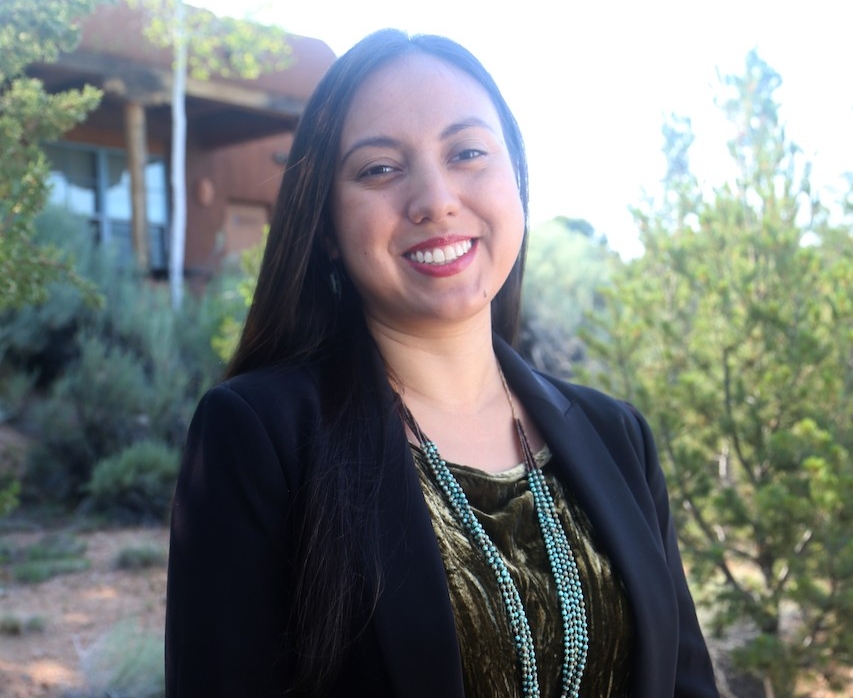 In the 20th century, the Navajo Nation was the site of the largest production of domestic uranium ore to fuel the burgeoning military-industrial complex in the United States.

As a consequence of this violent development, there remain over 500 abandoned uranium mines within the Navajo Nation.

Though the Navajo Nation has since issued a moratorium on uranium mining on its sovereign lands, the legacy of these extractive practices remains in the form of toxic contamination of its land and water.

The ability of the Navajo Nation to protect its citizens from continued exposure, however, is limited by its lack of jurisdiction across discontinuous non-Native land parcels that exist within the geographic boundaries of the reservation.

Teresa Montoya is Assistant Professor in the Department of Anthropology at the University of Chicago.

She is a social scientist whose research and media production focuses on contemporary problems of toxic contamination and water insecurity in relation to historical legacies of land dispossession and resource extraction across the Indigenous Southwest.

Her current manuscript project, Permeable: Diné Politics of Extraction and Exposure, draws upon ethnography and oral history to analyze ongoing environmental and legal impacts for Diné communities following the 1979 Church Rock uranium spill and the 2015 Gold King mine spill across the Navajo Nation.

Her broader research interests include tribal jurisdiction and sovereignty around environmental issues, climate justice, and water governance of the Colorado River.

Her research has been published in American Journal of Public Health, Cultural Anthropology, Anthropology Now, Journal for the Anthropology of North America, Environment and Planning E: Nature and Space, and Water International. In addition, she has curatorial experience in various institutions, including the Peabody Essex Museum, the National Museum of the American Indian, and most recently the Field Museum where she served as guest curator in the recently opened exhibition titled, Native Truths: Our Voices, Our Stories.

She is Diné and an enrolled member of the Navajo Nation.