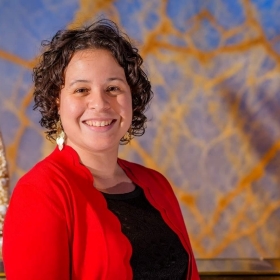 What is the focus of your research?

What were some key points that emerged from your study?

For my research, I met Francophone Quebeckers who had attended Anglophone CEGEPs, and I attempted to understand the impact that this choice had on their academic, professional, and personal pathways. Something I found out was that language often was not a factor that influenced their choices post-CEGEP, as they were able to navigate well in both languages. As such, they were able to make choices and take opportunities according to their interests, as opposed to whether the position required them to speak in French or English, or both. This actually goes against the fear that attending Anglophone cégep leads to French-speaking students becoming ‘anglicised’.

Secondly, for the majority of students who I met during my research, the choice to attend an Anglophone CEGEP was more of a means of personal development rather than a strategic career decision. Of course, there were those who did it for professional development reasons, but, for the most part, it was about being open to new cultures, experiences and challenges, which I found unexpected and significant.

Was there anything else that you found surprising?

Regarding the question of why French-speakers would study in an English-speaking institution, I also discovered that certain students went for extracurricular reasons, such as being recruited by a sports team. There were also those who may not have met certain requirements for Francophone CEGEPs and instead found themselves there by ‘default’ rather than through choice.

How can communities and institutions support students from a linguistic community who attend a CEGEP operating in another language?

In the context of my research, I found there was already a mindfulness with the cégeps of having a student population whose first language may not always be English. As such, there were already resources to available to help their English, or certain documents also being available in French.

I think it is critical to be aware of these different needs and, in the case of Francophone students, to recognise the diverse profiles and realities of the students who are coming from a variety of backgrounds and will need different forms of support. For example, not all francophone students go to Anglophone CEGEPs because they want a career in an international corporation. Whilst some may have a good control of English, others have real difficulties with the language and in adapting to the environment, and will thus need assistance in coping with this.

Individual teachers being open and sensitive to this situation had also had a significant impact on the academic lives of the people that I interviewed. Examples of this were teachers approaching students who they saw were having difficulties understanding, or who just seemed a bit lost, and helping them seek out the necessary academic support available.


What are you currently working on?

Currently, I am in charge of the coordination of CAPRES, the Consortium d'animation sur la persévérance et la réussite en enseignement supérieur, which is working on the issues of accessibility, perseverance and success in higher education.

I am also working to promote my doctoral thesis. In fact, an initial article has just been published in the most recent issue of the journal Éducation et francophonie.

In addition, I am continuing my collaborations with various research and knowledge transfer centers, including QUESCREN, in order to remain connected to the issues I was working on in the context of my graduate studies. I also continue to teach and coach students, notably at Université Laval and Université TÉLUQ.