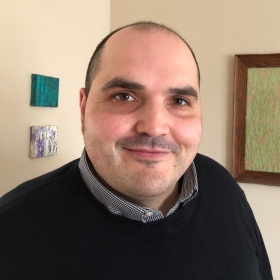 What is the current focus of your research?

My main research project currently centres on an historical analysis of separate schooling in Canada, analysing the influence of Section 93 of the Canadian Constitution, which guarantees religious schooling to certain parts of the Canadian population. I’m examining its impact on the development of public schooling and asking why certain provinces continue to protect separate schooling. A contemporary debate, but I try to understand the 19th century context within which it was imagined and how courts have since interpreted Section 93.

This is informing a related project that considers the end of denominational schooling in Quebec, where the education system radically changed from the 1960s to the 1990s. I’m looking at public opinion on ending denominational schooling, and juxtaposing it with political discourse surrounding the movement for secular schooling in Quebec. This involves considering how much the consensus that was finally forged in the 1990s was based on a continuance of minority rights, previously Protestant rights, within the new linguistic school boards. I explore what the potential consequences this understanding is having on minority school rights in contemporary Quebec.

In your opinion, what is value of education research in the current social context?

Situating contemporary education debates in their historical context is important for both understanding the past and helping ensure we make informed policy decisions in the present. For example, with Bill 40 abolishing school boards, you can’t fully understand the significance without understanding why school boards were created in the first place. It opens up a world of debate concerning centralisation vs. local control, which has been going on since the spread of mass schooling in the 19th century. For English-speakers, I think this type of research is particularly important for understanding the historical rights accorded to minority language education and how modern legislation either reflects or disrupts these rights.

What does your research say about the situation of the English-speakers in the Townships?

English speakers in the Townships have had similar education issues to those around the province, but Townshippers are also an increasingly vulnerable population. The shift from being a vast majority in the 19th century to now being a small minority means that issues of community and vitality take on a new meaning. Increasingly, the community doesn’t feel like it has much of a voice and the energy of the community to advocate for or defend their rights has been dramatically reduced in this region.

Is there anything surprising that you have found out through your research?

Historically speaking, I’ve been surprised at the number of parents along the American border in the Townships, both French and English, who sent their children to public school in the United States instead of Canada. Up until the at least the 1970s, Vermont school buses were even coming into a Quebec community to pick students up.

Another thing is just how big of a question school choice is for parents today for Anglophones in the Townships who have access to both linguistic school systems. Many children start in the English system, then transfer to the French system so they may be fully bilingual. Parents want to support the English system but if your children’s future economic prospects are potentially better if they enter the French system, then this is a very big consideration.

What are any projects that you are currently involved in?

I’m on the QUESCREN Board, the ILET Table, and I recently joined the Canadian Institute for Research on Linguistic Minorities program committee, representing Quebec’s Anglophone community.