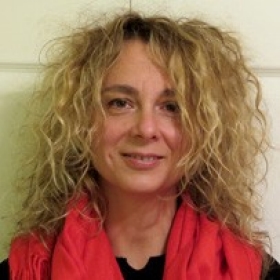 You recently published the results of a study on the perceptions and motivation of young English-speaking CEGEP students in Quebec learning French as a second language. Can you share the results of this study with us?

This study was conducted with Philippe Gagné, a teacher and researcher at Vanier College [and QUESCREN researcher-member]. It involved about a thousand students at 11 Quebec colleges offering English-language instruction. The findings showed that English-speaking students are less motivated to learn French. A third of the respondents said they had been resistant to learning French because it was a required subject. Incidentally, career prospects were the only positive motivational factor.

Many English-speaking youth in Quebec see Quebec's language policy as unfair and discriminatory, which has led to a sense of threatened identity and negative attitudes about the Francophone community.

Did these results come as a surprise to you?

Yes and no. On one hand, I wasn't surprised, because as a teacher, I frequently noticed that students were unenthusiastic. This finding prompted me to try to understand why, after about 12 years of studying French as a second language at school, many students were not truly independent French users. This makes them feel insecure and eventually prevents them from thriving in a francophone environment.

However, I was surprised that the results of the study showed there was resistance to learning French, and I decided to further investigate the reasons for this. The comments made by the students shed a fresh light on my work as a teacher, which hasn't been the same since this study.

In this study, you also refer to an "inter-group friendship dynamic" between English-speaking youth and members of the Francophone community. What is this dynamic, exactly, and how does it develop?

The more Anglophone youth made Francophone friends and the more French they spoke with them, the less resistant they were to learning the language. Their attitude to the French spoken in Quebec improves, and there's less anxiety in language class and a greater sense of French proficiency. This would also contribute to stronger social connections with the Francophone community, a better knowledge of this community, and a desire for quality contacts with the people in it.

The research identified segregation and social norms as two obstacles to making these contacts. Both of these are present in Quebec: school segregation with the system of language-based school districts, and Bill 101, which imposes norms that non-Francophones consider to be a form of collective discrimination.

However, the research showed that creating positive inter-group contacts depends on establishing norms that provide a greater sense of equality between groups, which is difficult to accomplish outside of an institutional setting.

What role do you think that education, and second language instruction in particular, can play in promoting this friendship dynamic and encouraging intercultural communication?

Education plays a critical role in fostering inter-group friendships from a very young age. Studies show that inter-group contact is particularly effective in combating prejudice in children under the age of 12 and in young adults between 18 and 21. Therefore, it would be preferable to support projects that encourage inter-group contacts as early as elementary school, to expand and to diversify them and, most importantly, to provide structure for such contacts.

We often hear about the difficulties involved in following the departmental program and developing inter-group projects at the same time. It may be necessary to make the programs more flexible, so that teachers can integrate projects that promote skills acquisition (disciplinary and intercultural) through assignments to be completed during inter-group meetings.

What other initiatives are you working on with regard to English-speaking communities in Quebec?

I'm convinced that French can be a powerful tool for integration and socio-professional success for English-speaking college students, and I'm concentrating on pedagogical tools that will help them integrate successfully into a Francophone work or internship environment. I've recently developed a collection of intercultural communication activities for technical students at John Abbott College who are planning an internship in a Francophone or bilingual environment. I'm currently designing the workshops and analyzing their impact on the participants.

I've developed a course called Français des affaires for Business Management students at John Abbott College. Part of this course involves partnering with students from a similar program at a Francophone college in an effort to capitalize on the intergroup friendship dynamics already observed in some Quebec CEGEPs.

Finally, I am seeking to re-launch a project based on learning French through community engagement in a francophone environment that yielded promising results prior to the pandemic.