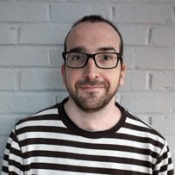 As the Associate Coordinator, I work with Lorraine O’Donnell (Coordinator-Researcher) on all projects, from conference planning to communications, grant applications, budgeting and, occasionally, increasingly, research.

When did you become involved in QUESCREN?

I became involved in QUESCREN in 2010 as co-organizer of the first major conference on the English-speaking community that took place in French, held at the Acfas congress.

I am a historian. The focus of my research on English-speaking communities has been mostly Quebec City. I did my PhD on the history of English-language charitable services in Quebec City, charting the decline and fragmentation of ethnic relations from 1759 to 1900.

People don’t think of Quebec City as having anything English, but if you go back about 200 years, it was the capital of British North America, the largest city in what is now Canada, and the main port of entry for immigrants, with thousands passing through each summer, mostly from Britain and Ireland. In the 1850s/60s, 40% of the population was English-speaking, and the majority of the people in the walled city were English-speakers.

Today, about 2% of the population has English as a first language. This isn’t much, but there is a complete school system, along with health and social services institutions. The English-speaking community in Quebec City is closer to the Francophone majority than in Montreal, a situation largely due to demographics. I attended English-speaking schools in Quebec City, but we all spoke ‘franglais’ in the school yard and French on the streets.

Activities outside of QUESCREN

I worked for about 5 years at the Morrin Centre, a historic prison building and library that was restored into what is now a vibrant English-language cultural centre in Old Quebec City. I was also the vice president and on the board of the Quebec Anglophone Heritage Network (QAHN).

I was also involved in Les amis de boulevard Saint-Laurent. Boulevard Saint-Laurent was designated a national ‘historic corridor’ because of its role as a cultural crossroads: it’s this multilingualism and diversity that first attracted me to Montreal from Quebec City.

Since I started working with QUESCREN, I have diversified my interests outside of Quebec City and am in touch with researchers looking at comparable issues in other parts of the province. It’s good to have a central hub where researchers can turn to and find out what other people are doing and potentially look beyond their disciplines to make interesting comparisons to what’s going on in the field of English-speaking Quebec.

There’s been a lot of interesting research on “hybrid identities” and different ways of conceptualizing identities. I think it’s worth remembering that the English-speaking community is not a uniform monolith, it’s quite heterogeneous and levels of identification vary depending on what group you’re in, how you situate yourself. Language is often not the primary form of identification. However, this is not to say that an English-speaking community does not exist, as language issues are inescapable in Canada. I’m interested in this subject and my work with QUESCREN has put me in contact with a lot of sociologists and other researchers doing research on that.