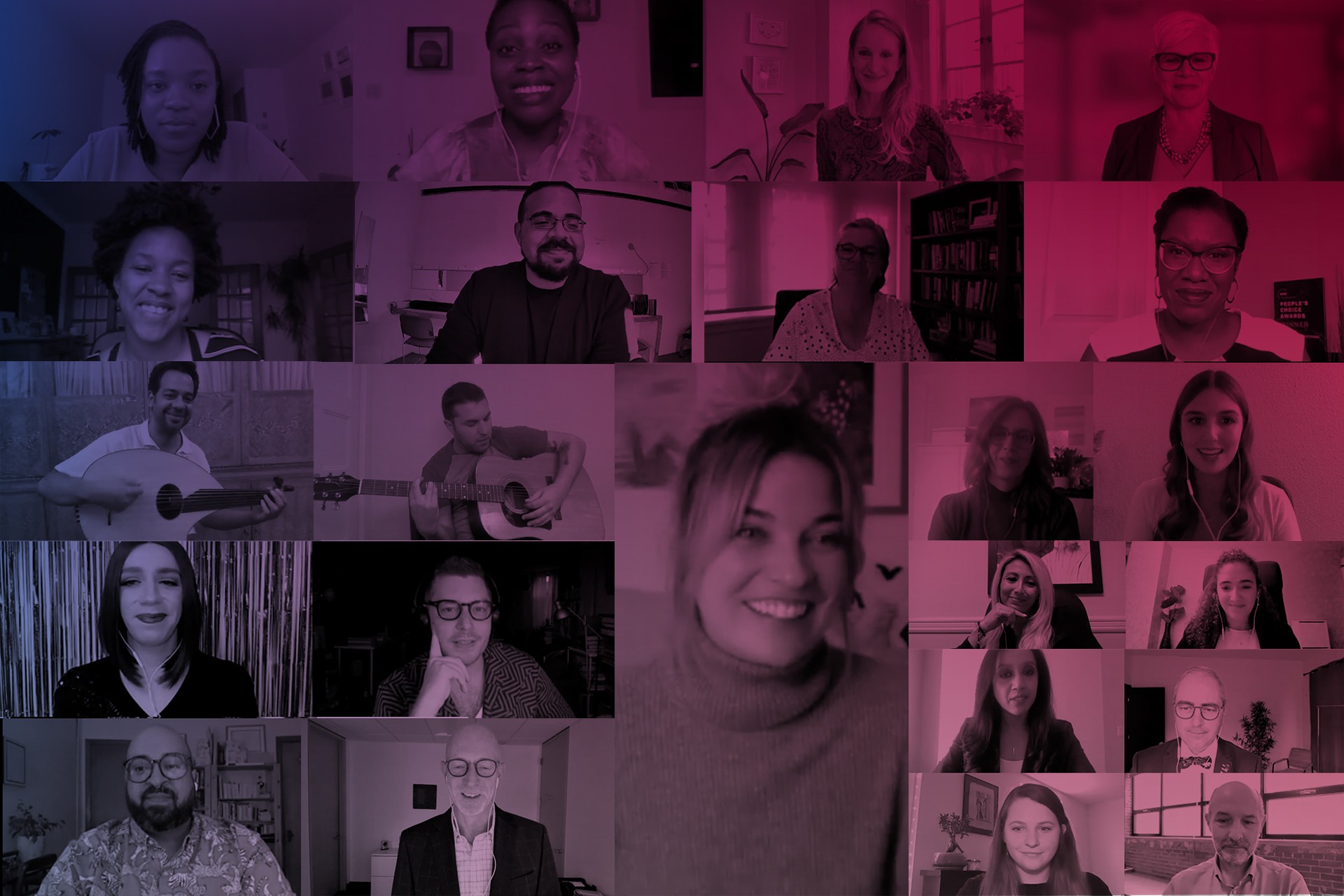 Concordia's Homecoming 2021 — the second online edition of the university's annual festivities — took place from September 21 to 25, offering the opportunity for 230,000 alumni worldwide to celebrate their connection.

If you missed out on one of the scheduled virtual events, read on for highlights.

More than 400 fans logged in on September 17 for a pre-Homecoming converstation between Annie Murphy, BFA 10, star of Schitt’s Creek and Kevin Can F**k Himself, and Jennifer Hollett, BA 97, executive director of The Walrus and one of Concordia's 50 Under 50 Shaping Tomorrow.

Annie Murphy, BFA 10, star of Schitt’s Creek and Kevin Can F**k Himself with Jennifer Hollett, BA 97, executive director of The Walrus.

Surprise guest and long-time friend of Murphy’s, Michael Payette, BFA 07, gave a heart-felt introduction via Zoom. "A kind, intelligent and light soul who showed constant grace, with a nice layer of quirky and goofiness that made her [Murphy] a pretty dope person all around," said Payette, artistic director at Toronto’s Tarragon Theatre.

Murphy recalled her time at Concordia as “one of those truly transformative experiences in life, with wonderful people, in a wonderful city, at a wonderful time. When my life is flashing before my eyes, sunny days on the Loyola campus will definitely be way up there.”

She also taught a virtual masterclass with theatre students. 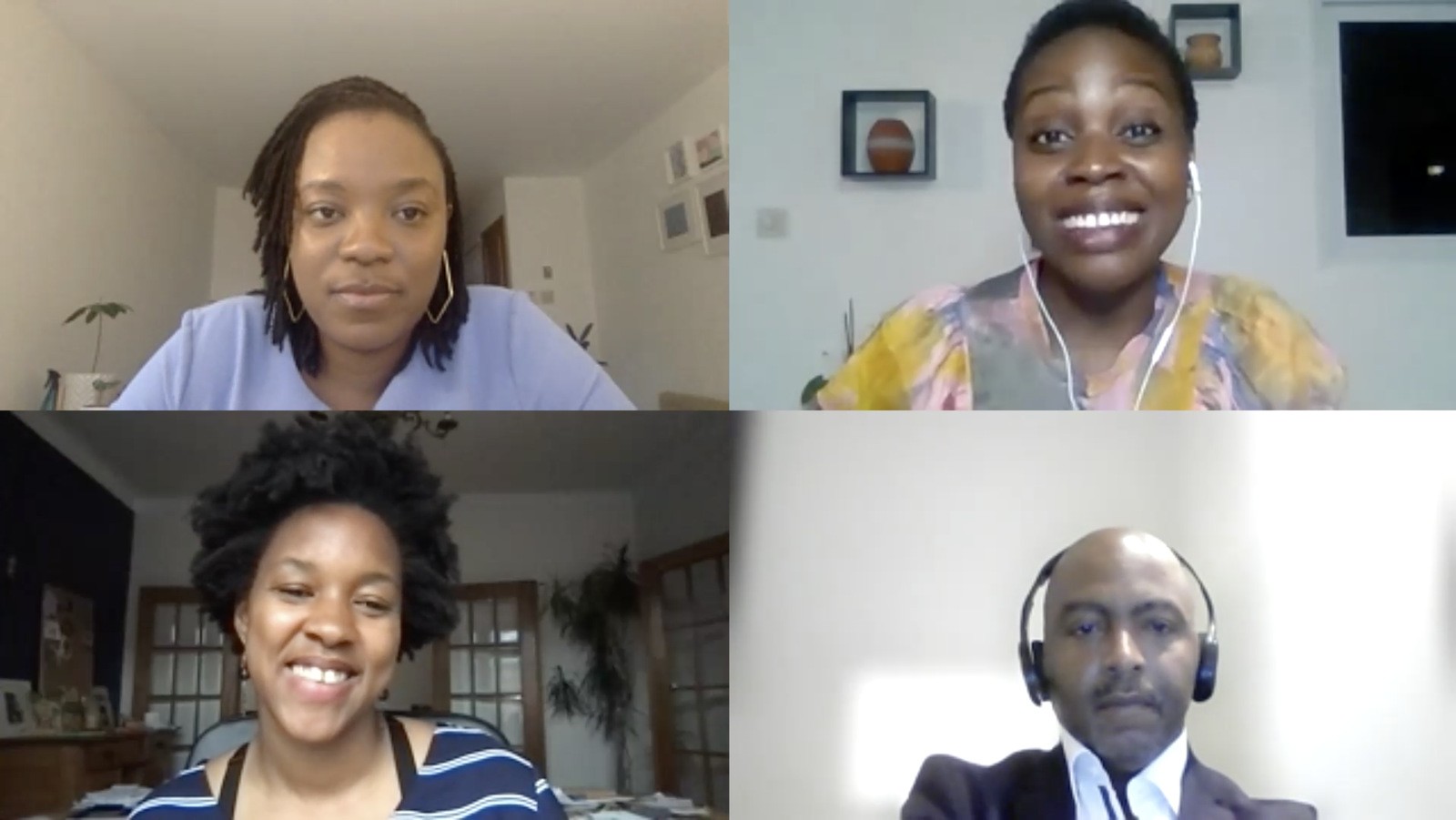 “Find your people, find your tribe,” advised Ibukun, when discussing how to get the most from the university experience.

Ibukun explained why she takes satisfaction from her leadership role at Bloomberg News:

“As a woman, I’ve had a strained relationship with media in general — not just news but also television and how people who look like me have been portrayed and how their stories are framed — so the opportunity to be a manager is exciting because it allows me to shape coverage.”

Viewers also logged in on September 21 for Reopening anxiety: Managing the fear of going back to “normal.”

Pascale Sicotte, dean of Concordia’s Faculty of Arts and Science, who moderated the event, reminded viewers that “Homecoming is a reason to celebrate a return to campus and the reopening of society." Panellists Natacha Pennycooke, BA 08, a psychotherapist, and associate professor Erin Barker, from Concordia’s Department of Psychology, noted that the university community is still affected by mental health challenges resulting from the pandemic.

“My biggest concern is a burnout effect. We can’t rally forever. We need to think about how to adjust and adapt to not burn out,” said Barker. She advised anxious students to take the pandemic “one day at a time,” keep open the modes of communication and reach out to friends who may be struggling.

Linda Donnini, BSc 91, president of the CUAA, discussed onboarding seven new directors this year, and the creation of a new Equity, Diversity and Inclusion (EDI) Taskforce.

The CUAA executive reported that its philanthropy committee donated $30,000 in honour of the 2021 graduating class — $15,000 to the Student Emergency and Food Fund, $10,000 for health, wellness and mental health, and $5,000 for the Otsenhákta Student Centre. 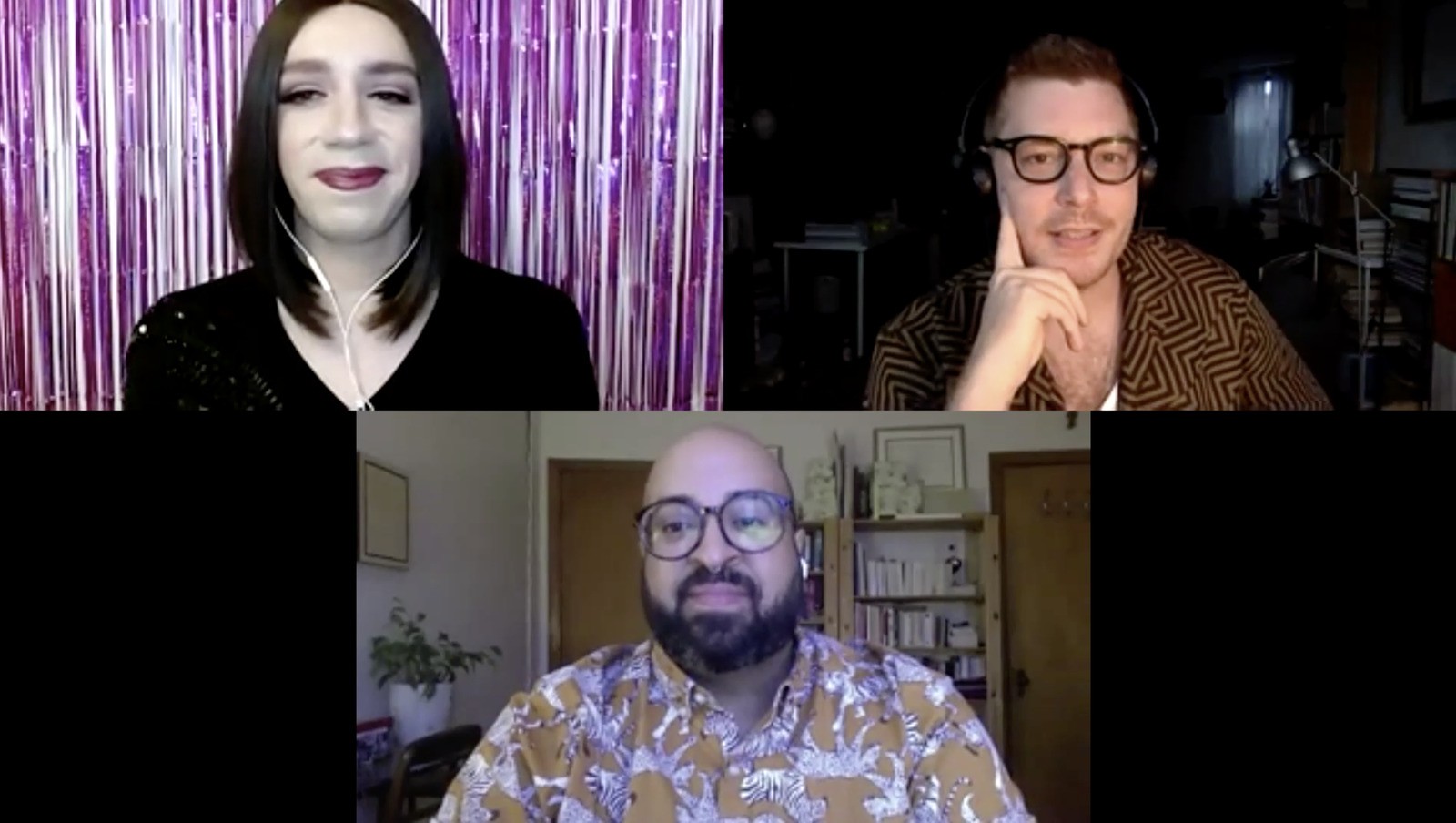 Members of Concordia’s queer community and friends enjoyed an insightful presentation by Julie Podmore, an affiliate assistant professor at Concordia's Department of Geography, Planning and Environment.

What to do with your intellectual property

Budding entrepreneurs and inventors logged in for From IP to commercialization: Strategies for business success.

“Finding a problem you’re passionate about solving is really the first step in going from engineering student to a technologist,” said Savage.

Chamberlain and Sirois added that a patent isn’t the only way to protect IP.

“There are patents and trademarks — not just on software but also on processes,” said Chamberlain. “The way you implement a computer system can be protected. And with crypto, there are whole new areas like NFTs (non-fungible tokens) opening up a new way to exchange IP.”

How will the REM transform real estate in Montreal? 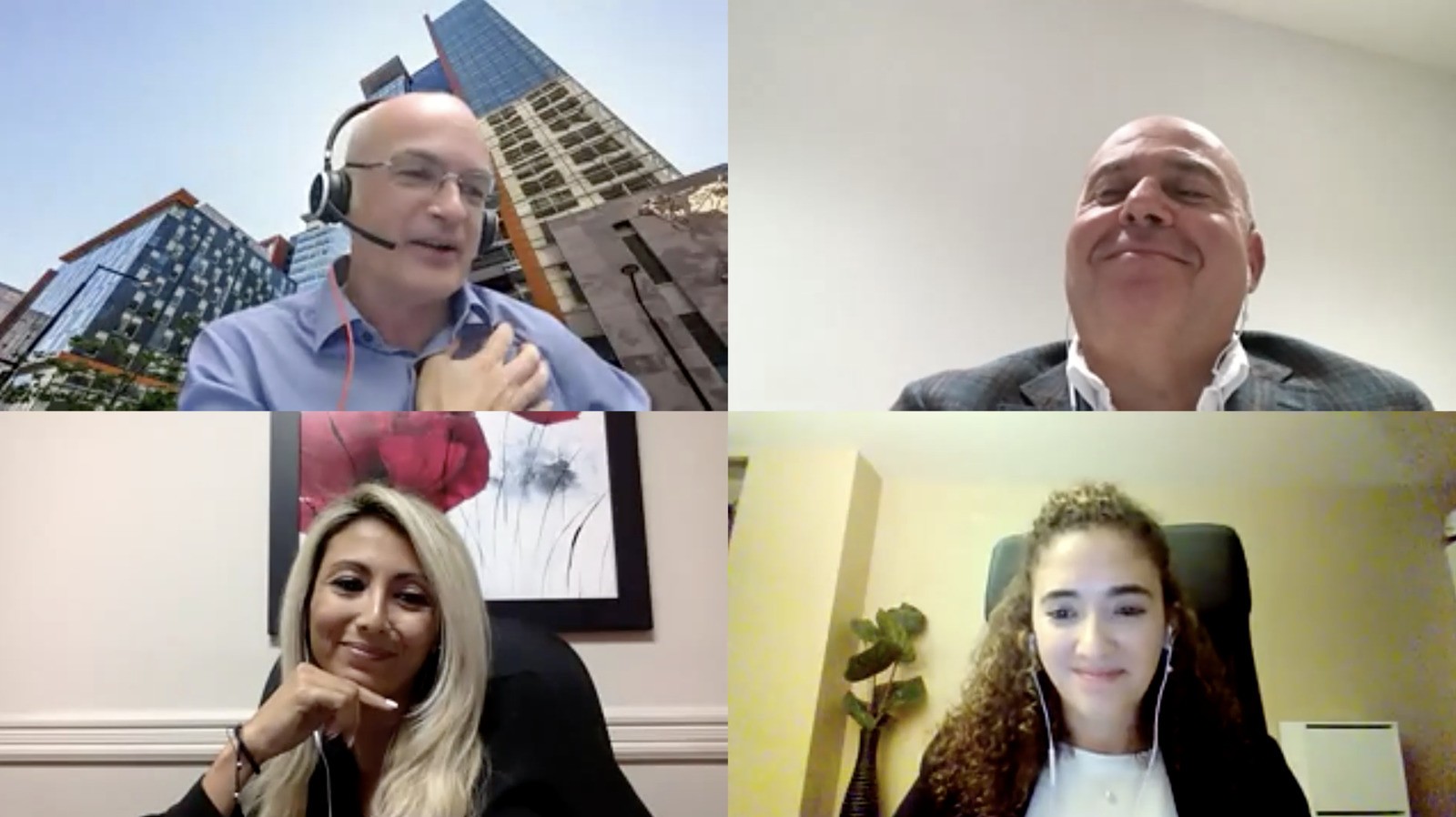 Anne-Marie Croteau, dean of the John Molson School of Business, gave a keynote introduction on September 22 for an event entitled "Transit-oriented development: How the REM will transform real estate in and around Montreal."

“With the addition of such mass transit systems, property values in the immediate area tend to rise," said Croteau. "Yet, one could ask the question: what are the real estate implications of a new transit system when combined with our new trend of working from home?”

The panellists, including Amelia Grich, BComm 05, MBA 10, a residential real estate broker, Paul Broccolini, executive vice-president of Broccolini Construction and Jennifer Khairallah, MEng 18, PMP senior associate of infrastructure and capital projects for Deloitte, spoke about the basics of transit-oriented development as well as what it would mean for the city, in a post-REM world.

“Land price near the REM has already been adjusting, increasing on a quarterly basis,” noted Broccolini. “Any land near [a REM transit node], if it’s properly zoned, is a gem. The hard part is finding those properties.”

Khairallah added: “The REM will serve as a catalyst to increase public transit options, with higher frequency than other modes of public transit. Its impact on ridership will be substantial, improving connection across the island of Montreal."

“Montreal has one of the fastest increasing rents in Canada, even off island," said Grich. "The REM comes into investors’ minds when they’re buying income property. Lachine, for example, is not as attractive because it lacks some services like the REM for renters.”

The discussion was moderated by Michel Deslauriers, BComm 85, director of the Jonathan Wener Centre for Real Estate.

Insights from the provost

Anne Whitelaw, BFA 87, Gr Dip 92, PhD 96, shared her experience in her role as provost and vice-president, Academic, at a September 23 event called "Meet the provost: Committing to inclusivity, decolonization and sustainability."

Whitelaw joined Concordia as a teacher in the Department of Art History in 2011 and became the provost and vice-president in 2021, after holding the position on an interim basis since 2019.

“There is still a lot of work to do to show people that women are leaders and that women's leadership may look different,” said Whitelaw in conversation with event moderator, Ingrid Chadwick, academic director for the Centre for Women Entrepreneurship and Leadership at John Molson. 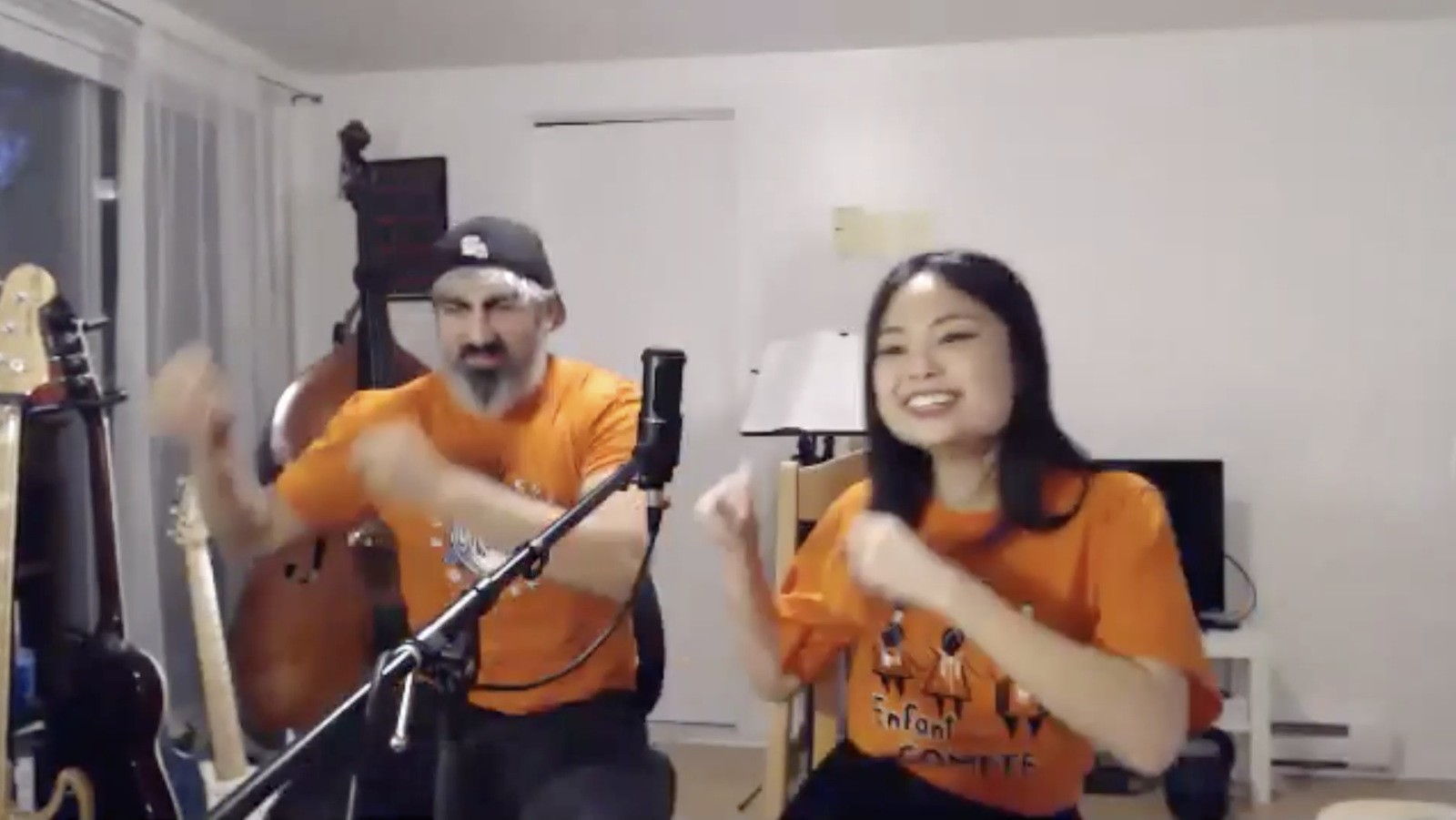 Between sets, DJ Chris Tan, BFA 11, spun medlies of everything from the Beach Boys and Grease to Lady Gaga.

The event headliner was blues musician Dawn Tyler Watson, BFA 94, who belted out a song from her Jawbreaker album, then closed the evening with This and That from her 2020 Juno-award winning L.P. Mad Love. 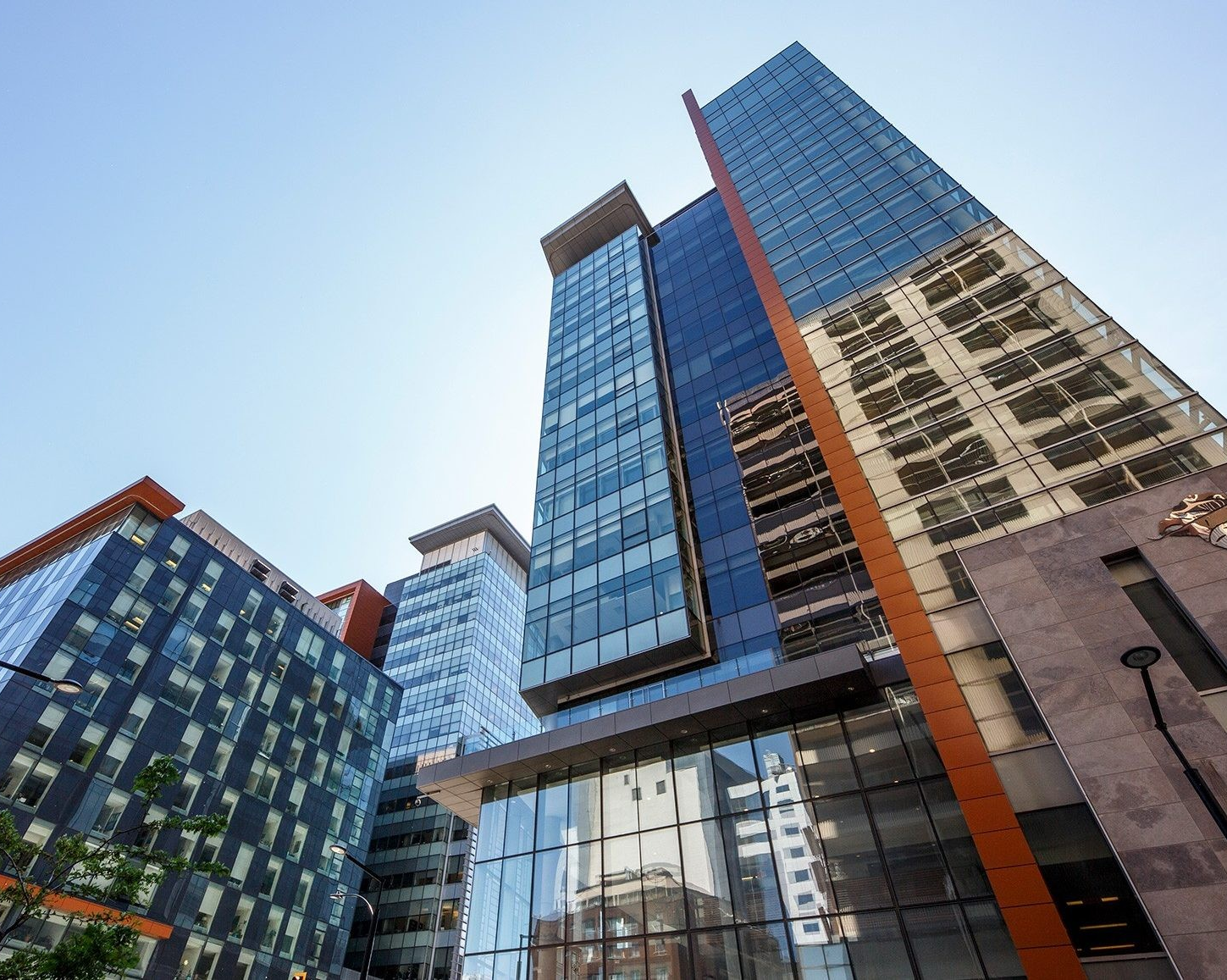 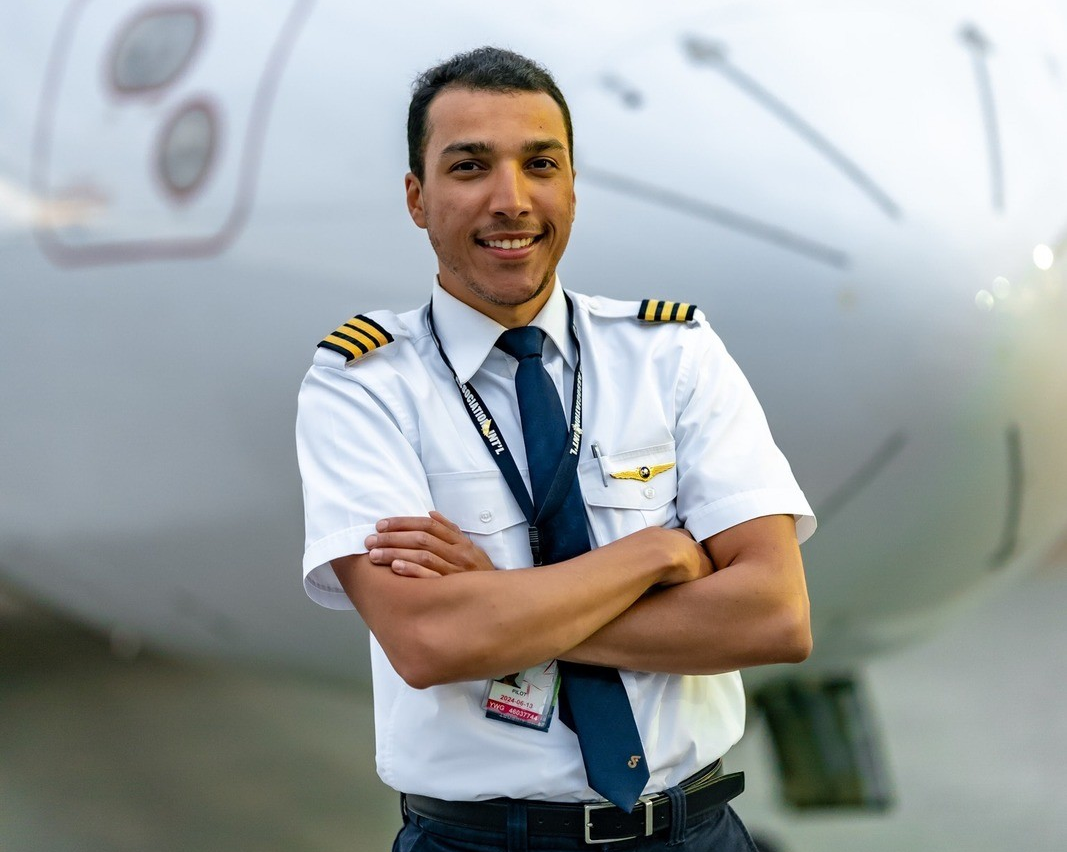