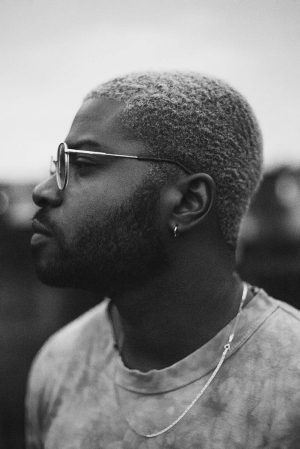 "I want to keep bringing our voices up to tell our own stories," says film director Will Niava.

In early 2020, Ivorian-Ghanaian director Will Niava, BFA 17, made his film debut with ZOO, a short film that follows an evening in the life of Amos, a young Black man living in the suburbs of Montreal. While hanging out in a parking lot with two friends one night, a misunderstanding occurs between them and what appears to be a very troubled man, escalating into a confrontation that quickly and unexpectedly turns violent.

Shortly after its release ZOO garnered attention, particularly for its nuanced approach to systemic racism and violence at the hands of police. Since then, Niava’s film has won 10 awards. The film has also been selected by more than 50 international film festivals, 15 of which are Oscar qualifying, and was made available on the Criterion Collection.

Niava’s inspiration for the film came from his own experiences with racism and police violence both in Canada and in his home country of Ghana.

ZOO follows a night in the life Amos (played by Amos Nzamba, above) a young Black man living in the suburbs of Montreal. | Photo: Mr. Theio

“The film depicts the reality of what occurs on a daily basis, although a lot of people don’t believe it because they are able to sit in the comfort of their own privilege,” he says. “But the minute that we step outside, we have to watch out, not only for people who hate us, but from the very people who are supposed to protect us.”

‘I am ready for the challenge’

After putting much energy, time and savings into making the film, Niava is thrilled that ZOO has received high praise from critics. More importantly, he says, is that he feels supported by viewers’ responses to the film’s message.

“What’s been amazing has been the way people have resonated with the film and that it may have helped start or continue a conversation in a positive way so that fewer people are living in complete blindness to others’ misery,” he says.

Niava adds that that small gestures from regular people have felt surreal. He’s had school teachers reach out to him asking if they could show ZOO in their classrooms, and have followed up by sending him reports and essays from students sharing their thoughts and ideas on the film.

Of all the attention ZOO has received, Niava explains that getting into the Criterion Collection Channel with his first official short film was his biggest achievement. To be featured in next to some of the greatest filmmakers sets a bar for Niava to continue to aim high in his career going forward.

“It’s good pressure but I am ready for the challenge,” he says. “There has been a narrative that's been written for us by other people who don't know our lives. I want to keep bringing our voices up to tell our own stories.”

‘Bound to make it’

Niava moved from Ghana to Canada in 2011 to study film production at Concordia’s Mel Hoppenheim School of Cinema. Looking back, he reflects fondly on this time there.

“Film production at Concordia was so exciting, but challenging. We come out with so much knowledge but it’s also a lot of fun in the process, which is great,” Niava says. “It's the connections that you get out of the school that are the best. It feels like whoever comes out of that school is bound to make it or is already on their way.”

Since the release of ZOO, Niava has been working on a number of projects. Among them are directing a mini documentary for artists Billie Eilish and H.E.R., living in the Ivory Coast while working on his second short film, ELEMENT, which is now in post-production, and preparing for his first feature film that has co-written with Oscar-nominated director, and fellow Concordia grad, Jérémy Comte, BFA (film production) 13.

Looking ahead, Niava is optimistic: “The best is yet to come.”