|
Source: Centre for Interdisciplinary Studies in Society and Culture (CISSC) 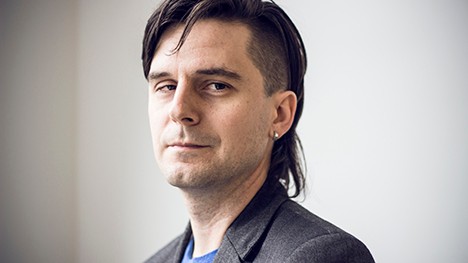 Sofian Audry, recent Humanities PhD alumni has acquired a tenure-track position at the New Media department of the University of Maine.

Sofian Audry is a Montreal-based artist who uses computer programming as his primary medium, creating works through different forms such as robotics, electronics intervention, interactive installations and net art. He holds a bachelor's degree in Computer Sciences and Mathematics (2001), a MSc in Computer Science from the University of Montreal (machine learning and language modeling, 2003), an MA in Communications from UQAM (interactive media, 2010) and a PhD in Humanities from Concordia University (2016).

Sofian is actively involved in his community as the president of artist-run center Perte de Signal and as a co-developer of the open source video mapping software MapMap. His work has been presented in Canada, Europe, Asia and Africa in many festivals and exhibitions.