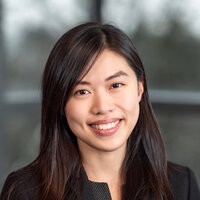 "Restrict Foreigners, Not Robots": Attitudes Toward Globalization and Automation in the US

Abstract: Many, especially low-skilled workers, blame globalization for their economic woes. Robots and machines, which have led to job market polarization, rising inequality, and labor displacement, are often viewed much more forgivingly. This paper argues that citizens tend to misdirect blame for economic dislocations toward immigrants and workers abroad, while discounting the effects of technology. Using a nationally representative survey and a survey experiment in the United States, I show that people cope with employment threats from automation by demanding protectionist policies, even accounting for standard explanations for these preferences. With robots increasingly displacing labor, people want to stop outgroups — immigrant and foreign workers — from further dividing the pie. Hesitant to halt innovation, individuals opt to buffer the technological threat to domestic workers with substitute policies — immigration and trade restrictions — that they believe could improve national wages and employment prospects. As such, automation anxiety may have evoked individuals’ protectionist instincts, intensified attempts to resist globalization, and contributed to the revival of radical politics.

Nicole Wu is an Assistant Professor of Political Science at the University of Toronto. Previously, she was a Postdoctoral Fellow at the Niehaus Center for Globalization and Governance at Princeton University. She received her PhD in Political Science from the University of Michigan in 2020. Her research seeks to understand how workers respond to employment threats from automation/technological change and the rise of China.

Subscribe to this Google Calendar to add the dates of the Political Science Department Speaker Series to your calendar: https://calendar.google.com/calendar/u/0/rcid=NzZvOXJlYzJkcnA1OW8ydjNmbzVqaDhiZTBAZ3JvdXAuY2FsZW5kYXIuZ29vZ2xlLmNvbQ